ALEXEI RATMANSKY TO EXTEND CONTRACT WITH AMERICAN BALLET THEATRE THROUGH 2023

Alexei Ratmansky, Artist in Residence with American Ballet Theatre since 2009, has extended his contract with the Company through 2023, it was announced today by ABT Artistic Director Kevin McKenzie.

Ratmansky previously signed a five-year agreement as Artist in Residence with American Ballet Theatre. His new contract extends his role for another ten years through 2023.

“Working with ABT for the past two and a half years has been an absolute joy,” said Ratmansky. “I feel I’ve been given the freedom to explore my work fully and to work with artists and designers I’ve long admired. I look forward to continuing my artistic collaboration with Kevin and the great dancers of ABT.”

“It has been our honor to have Alexei as part of ABT,” said McKenzie. “He has had a profound and positive influence on the artistry of the dancers. His work stretches us and makes us want to be better. Alexei has already built a lasting body of work that I find astounding to behold, but I believe in the coming years his creative mind will shape the future of a generation of dancers and define a lasting legacy for ABT.”

Ratmansky was named artistic director of the Bolshoi Ballet in January 2004. For the Bolshoi Ballet, he choreographed full-length productions of The Bright Stream (2003) and The Bolt (2005) and re-staged Le Corsaire (2007) and the Soviet-era Flames
of Paris (2008). Under his direction, the Bolshoi Ballet was named “Best Foreign Company” in 2005 and 2007 by The Critics’ Circle in London, and he received a Critics’ Circle National Dance Award for The Bright Stream in 2006. In 2007, he won a Golden Mask Award for Best Choreographer for his production of Jeu de Cartes for the Bolshoi Ballet. As Artist in Residence with American Ballet Theatre, Ratmansky has choreographed On the Dnieper (2009), Seven Sonatas (2009) and Waltz Masquerade (2009), a ballet honoring Nina Ananiashvili’s final season, and The Nutcracker (2010). ABT will give the World Premiere of a new work by Ratmansky, set to music by Igor Stravinsky, on May 24, 2011 at the Metropolitan Opera House. 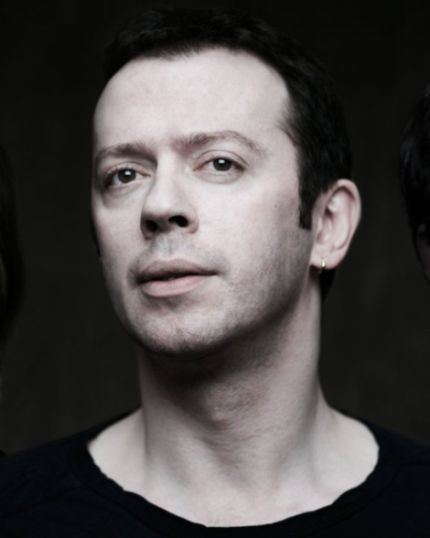