Baryshnikov and Minnelli… Together Again

Mikhail Baryshnikov and Liza Minnelli will be together again on September 5 when the Oscar-winning actress presents the dance icon with an Ambassador for the Arts Award at the NYC Dance Alliance Foundation’s “Bright Lights Shining Stars” Gala.

The evening benefits many dance programs including scholarships for deserving young artists and will feature performances from some of the best companies in the city.

Together again, you ask? Yeah, I too didn’t realize that “Misha” and “Liza with a Z” knew each other let alone worked with each other. But thanks to the wonders of youtube, I found footage from a 1980 television special they did together called Baryshnikov on Broadway…with Liza Minnelli.

Of all the legendary dancers Mikhail Baryshnikov partnered during his career, Liza Minnelli is not the first one you think of. But check out this amazing 1980 clip of the two performing “Too Darn Hot” from Kiss Me Kate. Unfortunately, they aren’t scheduled to pull off another duet anytime soon. But they will have a reunion at NYC Dance Alliance Foundation’s “Bright Lights Shining Stars” Gala on September 9. Minnelli will present the Ambassador for the Arts Award to Baryshnikov at the fundraiser, which brings in money to provide college scholarships to top competitors at Joe Lanteri’s New York City Dance Alliance. Also on the line-up for the evening are a number of performances, including a dance tribute to Misha.

Tickets for the event at New York University’s Skirball Center for the Performing Arts. 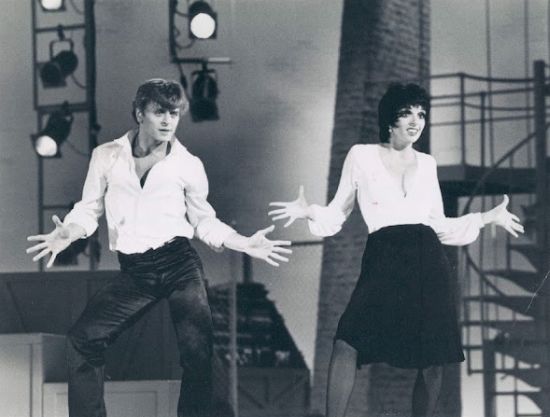