From April 12 to 19, 2008, the Bavarian State Ballet presents its annual Ballet Festival Week at the National Theatre in Munich.

A second highlight of the Ballet Festival Week: the “Terpsichore Gala VII” dedicated to the memory of John Cranko.

From April 12 to 19, 2008, the Bavarian State Ballet presents its annual Ballet Festival Week at the National Theatre in Munich.

It combines two creations, one by Martin Schläpfer, one by Simone Sandroni, with the first Munich performance of a classic by Hans van Manen: “Adagio Hammerklavier”. Martin Schläpfer, one of the most important contemporary choreographers, will create a ballet to Sofia Gubaidulina’s “Concert for Viola and Orchestra” for the Bavarian State Ballet, thus creating for the first time for a company other than his own. Simone Sandroni, a free-lance upcoming Italian choreographer who has gained international fame with his own group “Déjà Donné”, will create a new ballet to sonatas for violin and cembalo by Johann Sebastian Bach.  Visual artist rosalie will be responsible for stage design and costumes for both ballets. She is certainly one of the most eminent stage designers of our time, especially since her designs for the Bayreuth “Ring”. 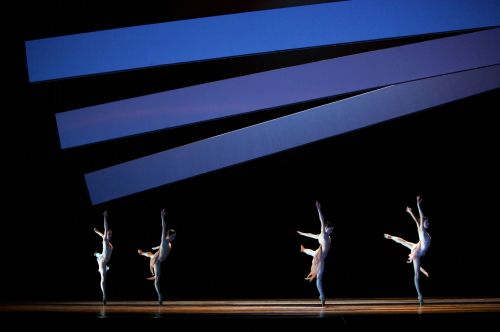 A second highlight of the Ballet Festival Week: the “Terpsichore Gala VII” dedicated to the memory of John Cranko. Forty years ago he was the ballet director and resident choreographer of the Munich company and to this day, his ballets are the backbone of the repertoire. The gala program will exclusively consist of works by this great choreographer. Leading guest soloists from the American Ballet Theatre, the Birmingham Royal Ballet, the National Ballet of Canada and the Stuttgart Ballet will dance the famous pas de deux from “Romeo and Juliet”, “Onegin”, “The Lady and the Fool” and from Cranko’s unique “Swan Lake”. The leading Munich soloists will dance Cranko ballets that are new to them and that have not been performed at the Munich National theatre for decades: “Katalyse”, “Ebony Concerto”, “Legende”, and “Holberg Pas de Deux”. The gala will take place in the National Theatre on April 16 and 17.

The Ballet Festival Week will be completed by four performances ranging from classicism to neo-classicism and demonstrating the wide scale of the Munich repertoire: “Onegin”, “Le Corsaire”, “The Tempest” and “Swan Lake”.


Program of the Ballet Festival Week 2008 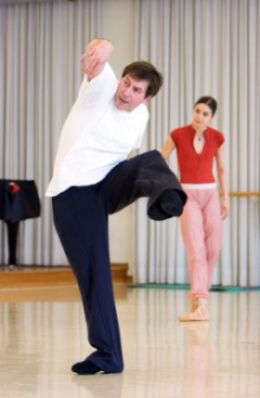 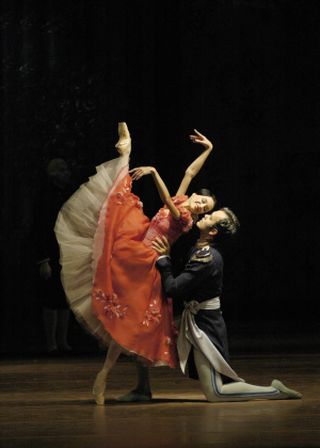 Fantastic ballet in 4 Acts-7 Scenes, with choreography by Marius Petipa, and music by Riccardo Drigo. Libretto by Konstantin Augustovich Tarnovsky and Marius Petipa. The Talisman Pas de Deux In 1955 the Balletmaster Pyotr Gusev of the Kirov/Mariinsky Ballet (the former Imperial Ballet) compiled various pieces of music from Petipa’s The Talisman and created what […]