The evening promises to be a fascinating exchange between two great artists and personalities of the ballet world and will also include clips of each artist, some from their private collections, which have never received public screenings. Eliot Feld, director of Ballet Tech, is regarded by many as America's preeminent choreographer; Cynthia Gregory is an American prima ballerina and longtime former principal with American Ballet Theatre. Words on Dance at The Paley Center is under the direction of Rebecca Paller and Deborah DuBowy. Words on Dance is excited to have a presence in New York City and to continue its association with the Paley Center for Media, which began with a November 2009 showing of the remarkable film Maria Tallchief in Conversation with Evelyn Cisneros, taped from a live 1998 event at Yerba Buena Center for the Arts Theater in California. The interview, with rarely seen clips of Tallchief dancing with Nureyev, Bruhn, and other partners, was a stunning introduction to the New York dance world, and played to a large and enthusiastic audience at the Paley Center. A second screening room had to be opened, in fact, to accommodate the overflowing crowd. DuBowy founded Words on Dance, a lively and unique addition to the San Francisco dance scene since 1994, so dance artists would have an opportunity to share their personal dance history. Dancers interview dancers in fascinating and revealing live events and films, often including rarely seen film clips. The roster of illustrious artists who have participated over the years includes Violette Verdy, Edward Villella, Maria Tallchief, Peter Martins, Helgi Tomasson, Rita Moreno, Martine Van Hamel, Merrill Ashley, Allegra Kent, and Mark Morris. ELIOT FELDBorn in Brooklyn, Feld trained at the High School of Performing Arts, SAB, and the New Dance Group. He made his stage debut as the Nutcracker Prince in the original Balanchine "Nutcracker." After dancing with the companies of Mary Anthony, Pearl Lang, Sophie Maslow and Donald McKayle, Feld, at the age of 16, appeared as Baby John in both the Broadway production and the movie of "West Side Story." Feld's ballets have been performed by companies around the world, including American Ballet Theatre, Atlanta Ballet, Mikhail Baryshnikov, Boston Ballet, Joffrey Ballet, John Curry Skating Company, Juilliard Dance Department, London Festival Ballet, Royal Danish Ballet, San Francisco Ballet, and New York City Ballet (which recently did a full evening of Feld ballets. Feld is founder of the Ballet Tech School, Kids Dance, the NYC Public School of Dance, and Ballet Tech. With Cora Cahan, he founded The Joyce Theater. Feld's awards include a Guggenheim (1969), Dance Magazine Award (1990), Honorary Doctorate degree from Juilliard (1991). CYNTHIA GREGORYGregory, who appeared on the cover of Dance Magazine at the age of seven, received her early training with Carmelita Maracci in her native Los Angeles. She was awarded a Ford Foundation scholarship at age 14 to study at the San Francisco Ballet School and subsequently joined the Company, rising quickly to the rank of principal dancer. Gregory joined ABT in 1965, where she danced all the ballerina roles, the contemporary repertory, and over a dozen roles created especially for her. Her farewell performance with ABT was in 1991, dancing Odette-Odile with Fernando Bujones. She guested with numerous companies, and continues to stage classical ballets, coach, and teach master classes for companies around the world. A woman of many talents, Gregory has written a children's book, and has displayed her pen-and-ink and watercolor drawings at galleries, including at Lincoln Center. 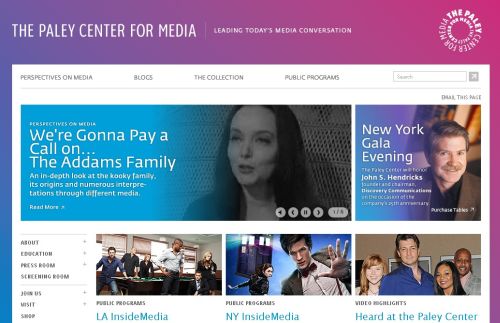