It is with great sadness that the board, staff and volunteers of New York International Ballet Competition announce the passing of their inspirational founder/director Ilona Copen, who died of cancer February 20, 2010 at the age of 70.

Born and raised in New York, Ms. Copen attended Juilliard, received a B. de Rothschild scholarship for her training at the Martha Graham School, and performed with numerous modern dance companies, including those directed by Jeff Duncan, Katherine Litz, and Hava Kohav.

With the founding of NYIBC in 1983, Ms. Copen profoundly changed the lives of young ballet dancers from all over the world, always guided by the principle of developing each dancer's potential through education and coaching. Her generosity was unbounded as mentor and advisor to countless organizations and artists. She was on the board of directors of the Jose Limon Dance Foundation and Neta Dance Company, and was consultant for Battleworks Dance Company. She served as Director of Dance at the 92nd Street Y, President of Dance Magazine Foundation, and President of the U.S. Chapter of the Conseil International de la Danse. She was a founding member of World Dance Alliance, an international forum for the exchange of dance ideas founded in Hong Kong in 1990, served on its Board, and was U.S. Representative and President of the International Dance Committee of the International Theatre Institute – UNESCO from 1995 to 2008, when she was named President Emerita. Ms. Copen is survived by Jim Goldstein, her husband of 51 years, her mother, a brother and sister, two children, four grandchildren, and countless organizations and dancers whose lives she touched. 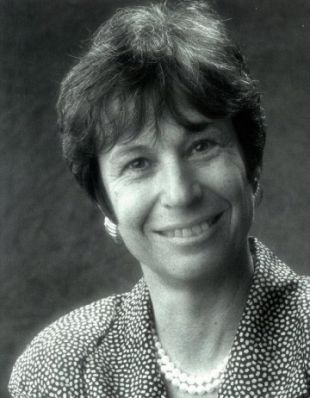 ABT TO DEDICATE PERFORMANCES TO GEORGINA PARKINSON