The California-based WORDS ON DANCE, Deborah DuBowy, Producer, announces a free showing at the Paley Center for Media, NYC, of its 1998 film MARIA TALLCHIEF In Conversation With EVELYN CISNEROS. One of America's great dancers, Maria Tallchief is here interviewed by Evelyn Cisneros, former principal of the San Francisco Ballet.

Thursday November 12 at 1 PMPaley Center for Media, 25 West 52 Street (at Fifth Avenue)Admission is free – first come, first servedFor Information, call 212-621-6886 "Inviting dancers to speak about their work….Words on Dancetranscends the mystique of dance, helping to preserve the artform for future generations. I can think of no greater gift tothe community." Edward Villella "Words on Dance, keeping the flame of interest and the passion for hearing from our nation's visionary artists alive and glowingon the West Coast." Joan Finkelstein In addition to conversation, the film features clips of Maria Tallchief (courtesy of her private collection) in Sylvia Pas de Deux with Michael Maule:


Honorary hosts for the event are Barbara Horgan, Violette Verdy, Peter Martins, Merrill Ashley, Edward Villella, Allegra Kent, Robert La Fosse, Martine van Hamel, Mark Morris, and Frederic Franklin. MARIA TALLCHIEF was born Elizabeth Marie Tall Chief, January 24, 1925 in Fairfax, Oklahoma, to a full blooded Osage father and a Scots Irish mother, who was determined to give Maria and her sister Marjorie the finest dance training available. In 1933 the Tallchief family relocated from their Indian reservation to Los Angeles, where the sisters studied with Ernest Belcher and then Bronislava Nijinska. In 1942 Tallchief joined the Ballet Russe de Monte Carlo, where she quickly rose to the rank of soloist, and remained until 1947. She first worked with George Balanchine in 1944, when he was invited to choreograph several ballets for the Ballet Russe (Ballet Imperial, Night Shadow, Dances Concertantes, Le Baiser de la Fee) and subsequently joined his new company, Ballet Society. The couple were married from 1946 to 1952, and as the first prima ballerina of what became New York City Ballet, until 1960, Tallchief danced and created many principal roles in Balanchine ballets, including his Firebird, Nutcracker, Scotch Symphony, Pas de Dix, Allegro Brillante, The Four Temperaments, Sylvia Pas de Deux, and many others. Tallchief appeared as a principal dancer with NYCB and with ABT, and was also a guest artist at the Royal Danish Ballet, partnered by Erik Bruhn. She has received many honors, including a Kennedy Center Honors in 1996, the American National Medal of Arts by the NEA in 1999, and a special tribute in 2006 from the Metropolitan Museum of Art in NY entitled "A Tribute to Ballet Great Maria Tallchief." EVELYN CISNEROS, a native of California, enjoyed a distinguished career as a principal with the San Francisco Ballet, where she danced from 1977 to 1999, first under the directorship of Michael Smuin and then Helgi Tomasson. WORDS ON DANCE was founded in San Francisco in 1994 by producer Deborah DuBowy, a longtime dance lover. Dubowy was compelled to create Words on Dance so dance artists would have an opportunity to share their personal dance history with a wide range of audiences in a public venue. Artists who have participated in Words on Dance include Violette Verdy, Edward Villella, Cynthia Gregory, Peter Martins, Helgi Tomasson, Twyla Tharp, and Mark Morris. Words on Dance will return to Paley Center for Media with its Inaugural live program in New York: Eliot Feld in Conversation with Cynthia Gregory, Monday April 26, 2010. www.wordsondance.org 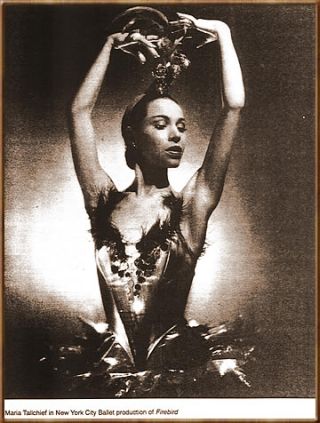