New York City Ballet will open its 2012-2013 season on Tuesday, September 18 with a two-week celebration of the landmark partnership between Igor Stravinsky and NYCB’s co-founder George Balanchine, in the company’s first-ever All Stravinsky/All Balanchine Festival, featuring performances of 12 different ballets that Balanchine created to Stravinsky’s music over a period of more than 40 years.

The four-week fall season will continue through Sunday, October 14 with performances of nine additional ballets, including works by Balanchine, Jerome Robbins, Peter Martins, Benjamin Millepied and Christopher Wheeldon. The season will also include a special one-time-only gala performance on September 20 that will pay tribute to legendary fashion designer Valentino Garavani, a specially priced performance on October 4 with all tickets priced at $29, and a world premiere ballet by NYCB corps de ballet member and choreographer Justin Peck, that will debut on October 5. 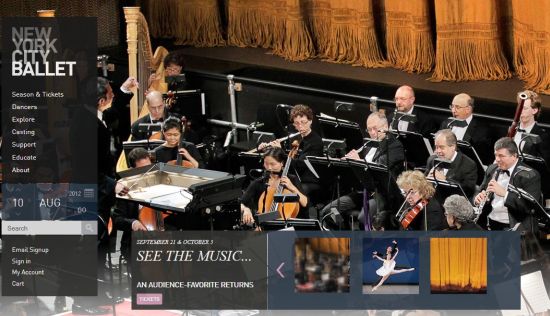 Stravinsky/Balanchine: The Collaboration – September 18 – 30, 2012
New York City Ballet will open its Fall Season with a two-week festival of the work of Igor Stravinsky and George Balanchine, one of the 20th Century’s greatest creative collaborations. This special series of performances will also mark the 30th and 40th anniversaries of NYCB’s historic 1972 and 1982 Stravinsky Festivals.

The final program of Stravinsky/Balanchine: The Collaboration will consist of five of NYCB’s signature black and white ballets — Monumentum pro Gesualdo, Movements for Piano and Orchestra, Duo Concertant and two ballets that premiered on the opening night of NYCB’s historic Stravinsky Festival in 1972 – Stravinsky Violin Concerto and Symphony in Three Movements. This program will debut on Wednesday, September 26 at 7:30 p.m., with additional performances on Saturday, September 29 at 2 p.m. and 8 p.m., and Sunday, September 30 at 3 p.m.

2012 Fall Gala – September 20, 2012
The 2012 Fall Gala on Thursday, September 20 will feature a special one-time-only celebration of the legendary fashion designer and master couturier, Valentino Garavani, often known simply as Valentino. For this special evening, Valentino will create costumes for three works by NYCB Ballet Master in Chief Peter Martins, including a new ballet set to selections from Tschaikovsky’s Eugene Onegin, and two rarely performed pieces d’occasion created for NYCB’s 1988 American Music Festival – Sophisticated Lady, which is set to music by Duke Ellington and premiered on the opening night of the festival, and Not My Girl, a pas de deux inspired by, and set to music composed by Fred Astaire, which premiered on the closing night of the festival.

The evening will also include the New York premiere of a pas de deux from choreographer Christopher Wheeldon’s Five Movements, Three Repeats, set to a score by Dinah Washington and Max Richter, which will also feature costumes designed by Valentino specifically for the gala performance. In addition, as a tribute to the designer’s signature “Valentino Red,” New York City Ballet will perform George Balanchine’s Rubies, the second section of the full-length Jewels, which is set to Igor Stravinsky’s Capriccio for Piano and Orchestra, and features scenery by Peter Harvey, costumes by Karinska, and lighting by Mark Stanley.

Specially Priced Performance with All Tickets $29 – October 4, 2012
On Wednesday, October 4, NYCB will present a specially priced performance with all seats priced at $29. The mixed program will feature Balanchine’s Duo Concertant, Robbins’ Moves, Martins’ Hallelujah Junction, and Wheeldon’s After the Rain pas de deux. The performance will be the first of three specially priced programs throughout the 2012-2013 Season, with two additional performances taking place during NYCB’s winter and spring seasons also featuring all seats priced at $29.

Justin Peck World Premiere – October 5, 2012
Corps de ballet member Justin Peck will present his second world premiere work for NYCB, entitled Year of the Rabbit, on Friday, October 5 during the 2012 Fall Season. The work will be a collaboration with composer Sufjan Stevens and will be set to music the American singer-songwriter wrote for Enjoy Your Rabbit, an electronica album and song cycle based on the Chinese zodiac. For the new ballet, Stevens and Peck are currently collaborating on all aspects of the production, including a new orchestration of Enjoy Your Rabbit, created specifically for the ballet.

The Stevens/Peck ballet will be an elaboration of Peck’s Tales of a Chinese Zodiac, which the choreographer created on students from the School of American Ballet for the New York Choreographic Institute’s 2010 summer session, and was then presented at the Institute’s 10th Anniversary Celebration at the Miller Theatre at Columbia University in November 2010.

Peck’s first work for the Company, entitled In Creases and set to composer Philip Glass’ Four Movements for Two Pianos, had its World Premiere in July 2012 at NYCB’s summer home, the Saratoga Performing Arts Center, in Saratoga Springs, NY. The work will have its New York City premiere next year with four performances at the David H. Koch Theater during the Company’s 2013 Spring Season. 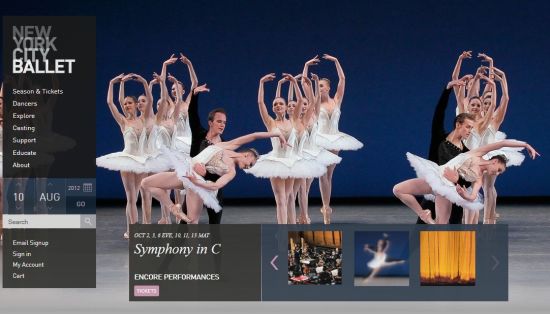 Ticket Purchases
Subscription series packages for the 2012-13 season, which provide savings of up to 20% off single ticket prices, are now available through the NYCB subscription office at 800-580-

Benefit-priced tickets for the gala evening on September 20, which include the performance, a pre-performance reception, and a black-tie supper ball following the performance, are available through the NYCB Special Events Office at 212-870-5585. Tickets to the performance only start at $29 and are now on sale at the David H. Koch Theater box office, online at www.nycballet.com, or by calling 212-496-0600.

Major funding for New York City Ballet is provided by:

Major support for new work is provided by:
Members of the New Combinations Fund, the Rockefeller Brothers Fund, Jeffrey and Shiou-Der Kossak, Stephen Kroll Reidy, and The West Family Trust.

Christopher Wheeldon’s new work for New York City Ballet’s 2012-2014 seasons is made possible with a leadership gift from Michele and Lawrence Herbert.

New York City Ballet’s musical leadership is endowed in part by the Agnes Gund and Daniel Shapiro Fund for Musical Excellence.
The creation and performance of works by Peter Martins is funded in part by an endowment gift from the Solomon family, given in loving memory of Carolyn B. Solomon.

Support for New York City Ballet’s specially-priced performance is provided in part by a generous grant from The Gladys Krieble Delmas Foundation. 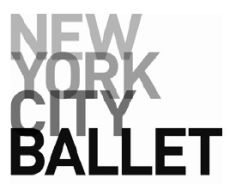