I do hope you can attend the Friday, November 2 performance by Satellite Ballet at the Lynch Theater at John Jay College at 8 pm.  The company will present two works choreographed by Troy Schumacher: the NY premiere of Warehouse under the Hudson and Epistasis, both accompanied by live music and multimedia projections.

Satellite Ballet develops and performs works created by Satellite Ballet and Collective. The Collective creates, produces, performs and distributes work in the visual, performing, musical and literary arts. Satellite Ballet artists collaborate with Collective members as equals: music, dance, imagery, story and abstraction are the result of continuous interaction through the entire production cycle – a commitment to collaboration that transcends the piecework nature of traditional productions.

Satellite Ballet and Satellite Collective were formed in 2010 by architect Kevin Draper and choreographer Troy Schumacher joined by composers from New York and the Pacific Northwest, and by artists working with experimental projection, photography and literature. The Company’s works are developed in workshops at an artist’s studio on Lake Michigan and performed by the Satellite Ballet in New York City. The company’s inaugural performance in October 2011 at the Baryshnikov Arts Center was sold out. 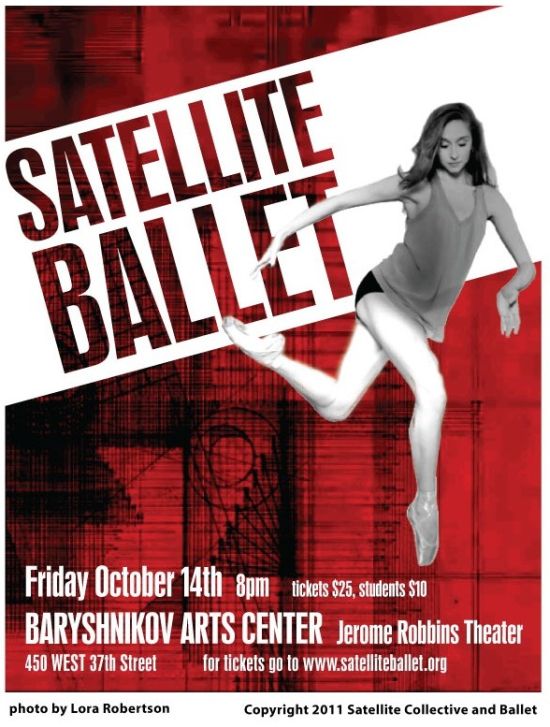