One of the Holy Grails of Russian ballet recordings has finally been discovered. At time of the making of the famous film of Spartacus only three of the original principals were available: Maximova was unwell, and was replaced by Natalia Bessmertnova. Now this television film has surfaced, with all four of the original stars, recorded 10 years earlier in 1970, when they were all at their peaks.The recording is in black and white, and quality is good for the period, but don't expect anything resembling today's digital recordings. But for admirers of Maximova, or for anyone interested in 20th century Russian ballet, this is an essential purchase. 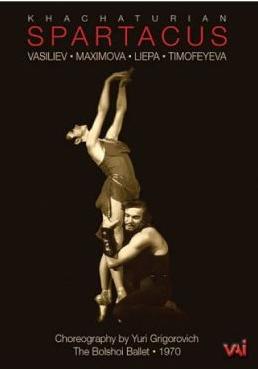