As one of the most important choreographers of the second half of the XX century and a living ballet legend, Yuri Nikolaievich Grigorovich (1927) needs no introduction. Grigorovich graduated from the Leningrad Choreographic School in 1946 and joined the Kirov Ballet (now the Mariinsky Theatre), specializing in demi-caractère roles.

Born into an artistic family linked to the Russian Imperial Ballet, husband of one of the greatest prima ballerinas of all time, the immortal Natalia Bessmertnova (1941-2008), his life has been dedicated to mastery of the art of choreography, excellence and carrying on the tradition of Russian classical ballet.

Born with an exceptional talent, Grigorovich learned the complex process of choreographic creation and devoted himself completely to its pursuit and it is as a choreographer that he is best known, his creations having lost none of their fame or international prestige.

In 1964, Grigorovich became the Artistic Director of the Bolshoi Ballet in Moscow – one of the most important classical ballet companies in the world – presiding over the company with a firm hand until 1995 and impregnating the Moscow ballet scene with his style, elegance and choreographic magnificence.

The choreographer created the most representative and unforgettable ballets of the soviet era and, within his artistic and intellectual canons, renovated the history of ballet with large-scale spectacles in which the corp de ballet served as a magnificent and central part of the drama unfolding on the stage. Spartacus (1967), Ivan the Terrible (1975), The Stone Flower (1957), Legend of Love (1961), Raymonda (1984), The Bayadere (2004) are just some of the ballets he has created or staged, turning them once more into great works.

Appointed by Yuri Burlaka (1968), current artistic director and ballet master of the Bolshoi and Alexei Ratmansky’s (1963) successor, Grigorovich is once again at the Bolshoi as choreographer, ballet master and supervisor of the soviet-era repertoire. Only a couple of weeks ago, Grigorovich presented a revival of his version of Sergei Prokofiev’s Romeo and Juliet, a ballet premiered on 26th June, 1979.

You are currently working on a revival of your version of Romeo and Juliet. ¿What are the differences between this version and that first shown in 1979?

My first production of Sergei Prokofiev’s Romeo and Juliet took place at the Opéra de Paris in 1978. At that time Violette Verdy was the artistic director of France’s leading ballet troupe. After the success of Ivan the Terrible at the Opéra, the director Rolf Liebermann invited me to stage the second production, now the Shakespearean one. The decision that the designer Simon Virsaladze and I had come up with was unusual even for us: the world of Shakespeare’s tragedy became extremely abstract, its colors were neither the colours of the usually adopted optimistic Renaissance perception, nor pure ballet colours, softened by theatrical romanticism. No, it was all about black, the colour of general tragedy, and not much else. The black velvet served as the background for individual details. The world was generalized, cleared of everyday matters. Only the symphony of love remained. Later we found out that a certain French artist had produced Romeo and Juliet in the same way, by liberating the stage of any details that were not connected with the main theme, the development of love between the leading characters.

Romeo and Juliet in the Bolshoi Theatre will now be performed by dancers who have never seen this ballet on stage, save maybe in early childhood. There is a big difference between the two versions. I never repeat my ballets completely at other theatres. This is not about entering the same river twice but about yearning to revive Shakespeare’s characters in a new time, to return to the eternal story and to the eternal, truly eternal music. Also, for me there are personal memories of Natalia Bessmertnova, the first Juliet in my production. In many respects she was the inspiration for me as a choreographer. Her personality had an important influence on our Shakespearean ballet at that time.

The Grigorovich Ballet Krasnodar, your own company founded in 1996, continues to perform in the main theatres of Russia and Europe. ¿What is the current situation of the company and what plans do you have for the future?

I continue my work with this company, everything is OK in Krasnodar. We concentrate on the Russian classical tradition and now we have about 80 dancers. We regularly perform there and tour in Russia, Europe and Asia. At the end of last year we revived Mikhail Fokine’s ballets, such as Petrushka, Le Spectre de la Rose, Les Sylphides and the Polovtsanian Dances from the opera Prince Igor. This ballet is dedicated to the 100th anniversary of Diaghilev’s Russian Seasons.

Some dancers from the Bolshoi and Mariinsky Theatres cooperate with this company as guest soloists. There are some new dancers who came and took leading positions in repertory. As usual we are going in tour in summer. We’ll also perform in the Yuri Grigorovich World’s Young Ballet Competition in Sochi in October, 2010.

My production of Shostakovich’s ballet The Golden Age took place in 1982, at the Bolshoi Theatre of Russia, of which I was then the director. But the pre-history of our relationship began long before that day, and in Leningrad, not Moscow.

It was before the war, in the early 1940s, as a pupil at the Leningrad State School of Choreography, today the A. Vaganova Academy of Russian Ballet, that I became acquainted with the music of Dmitry Shostakovich. My piano teacher at the school was the composer’s sister, Mariya Shostakovich. She worshipped her famous brother’s music, talked a lot about him and played several of her brother’s works to us pupils. It was she who told me that Shostakovich had written music for ballet. Later on, when I became a soloist with the Kirov Theatre of Opera and Ballet, in Leningrad and began my experiments as a choreographer, I would mount individual dances for different theatre companies to the music of the suites from Shostakovich’s ballets.

And once, picking up my courage, I requested a meeting with Shostakovich – I wanted to ask his permission to do revivals of his ballets. I knew, of course, that after the Pravda editorials – Muddle instead of Music and Ballet Falsity – all three of Shostakovich’s ballets had been banned from our theatres. But, once the ban was lifted, it seemed to me the time was ripe. However, what Shostakovich said to me was literally this: “There is no need, you understand, to revive these ballets, I wouldn’t want it…”. I went off very disappointed and it was a long time before I was to return to this theme.

There was always a lot of talk, though, about Shostakovich’s ballets in theatre circles. I knew nearly all the co-creators of his ballets and I worked with many of them. And I never lost hope that at sometime in the future they would return to the stage. I was also very encouraged by the fact that Shostakovich saw two of my first, full-length ballets at the Kirov – The Stone Flower and Legend of Love. He was very complimentary about them in the press.

However, it was to be much later on, in Moscow, as chief choreographer of the Bolshoi Theatre, and only after the composer’s death, that I would start work on The Golden Age. Recalling my wish to stage Shostakovich’s ballets, Irina Antonovna, his widow, telephoned me and urged me to think about it.

The ballets you created during your 33 years as head of the Bolshoi ballet belong to you. While they form part of the repertoire of your own company, Ballet Krasnodar, they continue to be performed on the Bolshoi stage. ¿Has there been a rapprochement with the current management of the Bolshoi? ¿What is your role in the Bolshoi today?

Since February 2008 I have been the permanent choreographer of the Bolshoi Theatre. I supervise my ballets, revive some of them, work with young dancers and am going to stage a new version of The Sleeping Beauty for the opening night on the historical stage of the Bolshoi after its reconstruction on October, 11, 2011.

Also I have a lot of work as the Artistic Head of the Benois de la Danse Project and the Chairman of the Jury. The international ballet prize, the Benois de la Danse, has been awarded annually for the most outstanding choreographic productions created in the previous year. This prize was established in Moscow by the International Dance Association, now the International Dance Union, and for the first time was presented to the public on the stage of the Bolshoi Theatre on April 29, 1991. Since then, the prize – the only one of its kind – has been dubbed by the press as the Oscars of dance. The international jury, which is changed every year and consists of the most competent representatives of the world of choreography, the heads of the largest ballet companies, outstanding choreographers, famous ballet teachers and world ballet stars, nominates the candidates for the prize and during the year choose the best of them. Between 1992 and 2009, about 170 dancers, choreographers and ballet personalities from 30 countries came into the Benois Cercle. Amongst them there are Spaniards too –Victor Ullate, Nacho Duato, Joaquin De Luz, Jose Martinez and others.

So, I move between Romeo and Juliet and the Benois de la Danse.

Your talent and name are an undoubted part of the history of dance. ¿Do you feel your life has been a fortunate one?

Of course. I was very happy for all those years working with great talents – composers, actors, dancers, designers, musicians at the Bolshoi. We did a lot of performances and visited many countries. We were happy together.

The Russian ballet school is synonymous with tradition and academic excellence. ¿How are these goals achieved? 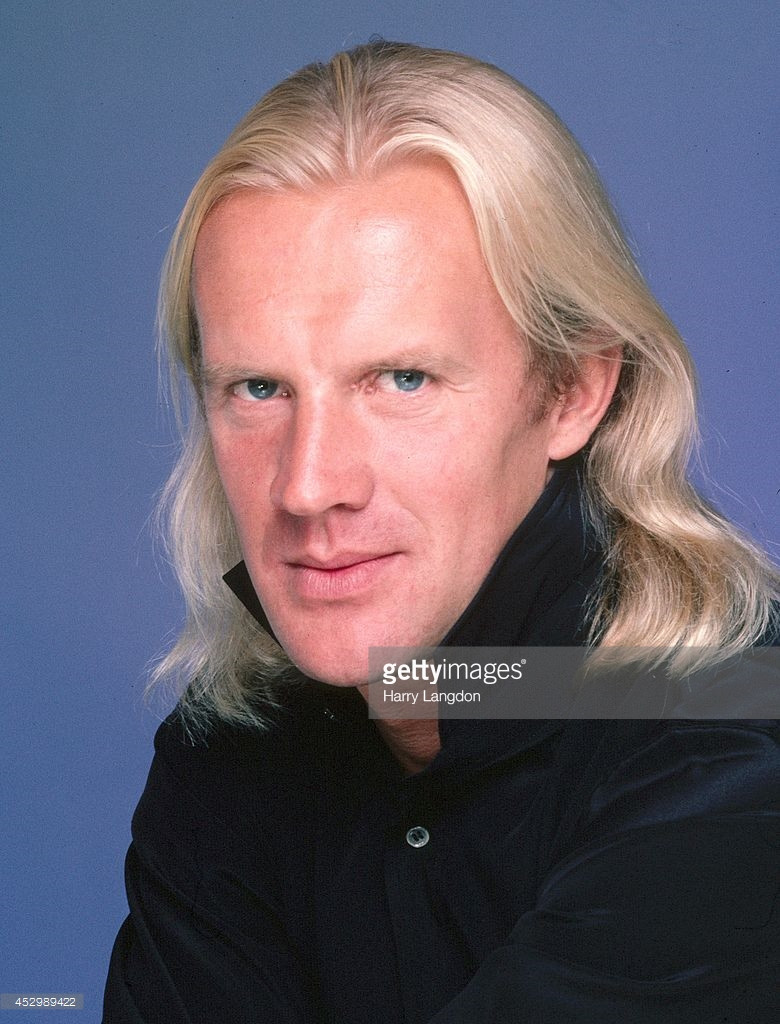