Details of the new season, which features six world premieres and two works new to the company.

Ballet and dance productions to be staged as part of the 2012/13 season have now been announced. Opening on the main stage with Swan Lake, Kevin O’Hare’s  first season as Director features six world premieres and two works new to the company. Three ballets will be screened as part of the Royal Opera House Cinema season .

Kevin O’Hare’s inaugural season as Director of The Royal Ballet will showcase a wide breadth of the Company’s repertory with a strong focus on new work. There will be six world premieres from some of today’s finest choreographers, plus two works new to the Company’s repertory. To complement this, there will be a mix of 19th Century classics, Royal Ballet heritage works from Ashton and MacMillan, and ballets by other internationally renowned choreographers.

Joining Kevin and current Associate Director Jeanetta Laurence on the artistic team will be Christopher Wheeldon and Wayne McGregor who become Artistic Associates (with Wayne also continuing in his existing role as Resident Choreographer). Christopher and Wayne will create new ballets for the Company and also be involved in creative decisions, working with the dancers and nurturing new choreographic talent. Music Director Barry Wordsworth will be conducting throughout the Season and continues the development of aspiring conductors and pianists.

The Royal Ballet is delighted to be the first British ballet company to commission acclaimed choreographer Alexei Ratmansky to create a new work which will premiere in February 2013. Formerly Artistic Director of the Bolshoi and currently Artist in Residence at American Ballet Theatre, Ratmansky is known for his versatile and inventive approach to choreography whether in re-staging the classics, such as his 2007 production of Le Corsaire for the Bolshoi, or in creating his own work, such as On the Dneiper, his first work for ABT in 2009. His first work for The Royal Ballet will debut alongside another world premiere by Christopher Wheeldon and George Balanchine’s masterpiece Apollo. 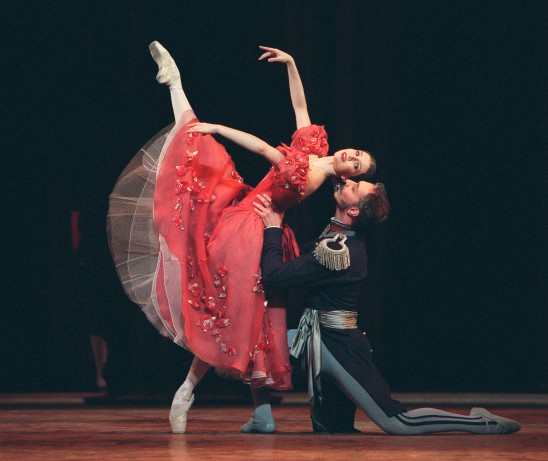 Other works by Christopher Wheeldon during the Season include his brilliantly inventive Alice’s Adventures in Wonderland and, new to The Royal Ballet, Fool’s Paradise which he created in 2007 for his Morphoses company.

There will be new work from Alastair Marriott for the autumn’s Gala and more new work has also been commissioned from Wayne McGregor to premiere in May 2013 alongside another popular Balanchine ballet, Symphony in C. In a departure from his usual approach to working with the dancers of The Royal Ballet, McGregor’s piece, set to a commissioned score and entitled Raven Girl, will be a narrative modern day fairytale. He will collaborate closely with author of The Time Traveler’s Wife, graphic novelist and artist Audrey Niffinegger.

Royal Ballet First Artist Liam Scarlett is rapidly becoming one of the hottest choreographic talents around and will follow up his recent mainstage success to bring two new pieces to the Company. The first will be his production of Viscera, which he created for Miami City Ballet in January 2012, followed by his first full-length narrative work which will premiere in the Linbury Studio Theatre in May 2013.

Viscera, Fool’s Paradise and Wayne McGregor’s Infra will be shown together as a triple bill in November 2012. Opening the Season in October is a Royal Ballet classic, Anthony Dowell’s popular production of Swan Lake. Other full-length classics in the 2012/13 repertory include Peter Wright’s magical production of the perennial Christmas favourite The Nutcracker in December and Natalia Makarova’s magnificent production of La Bayadère in April.

Also for the Christmas season is a triple bill featuring Mikhail Fokine’s The Firebird to mark the centenary of the ballet’s first performances at Covent Garden, Jerome Robbins’ In the Night (last danced by the Company in the 1970s) and Rudolf Nureyev’s showcase divertissement, Raymonda Act III.

The 20th and 25th anniversaries of the deaths of Kenneth MacMillan and Frederick Ashton will be commemorated in two mixed programmes celebrating their immense choreographic legacy. A triple bill of Kenneth MacMillan’s work will open in November; his sublime 1966 piece for Berlin Opera House Concerto; Las Hermanas, not performed by The Royal Ballet since 1994 and never before seen at the Royal Opera House, and his hauntingly beautiful tribute to his friend John Cranko, Requiem. A few months later, in April 2013, MacMillan’s full length, emotionally charged drama Mayerling returns.

In February, the choreographic tribute continues with a programme of Founder Choreographer Frederick Ashton’s work. It opens with the glamorous, full Company ballet La Valse and two of his most celebrated piece d’occasion, the Thais and Voices of Spring pas de deux, followed by Monotones I and II, two pas de trois of striking simplicity set to the music of Satie. The evening finishes with Marguerite and Armand, revived in the 2011/12 season, and incredibly popular for the dramatic intensity of its principal roles and stunning designs by Cecil Beaton.

There will be many opportunities to see The Royal Ballet away from the Royal Opera House with members of the Company performing in Northern Ireland and in collaboration with the Aldeburgh Festival and DanceEast, for the Britten Centenary in a new work by Kim Brandstrup. There will be international tours to Monte Carlo and Tokyo.

Kevin O’Hare, together with Kasper Holten, Director of Opera, The Royal Opera, is keen to bring about a closer working relationship with the Linbury Studio Theatre. As well as the annual choreographic showcase Draft Works in which Royal Ballet dancers are encouraged to explore and create new work themselves, there will be an increasing number of original dance projects involving the Company.

The Royal Ballet Draft Works 2012.
Bennet Gartside and Lauren Cuthbertson in Feathers in your Head by Ludovic Ondiviela.
Photo by Andrej Uspenski 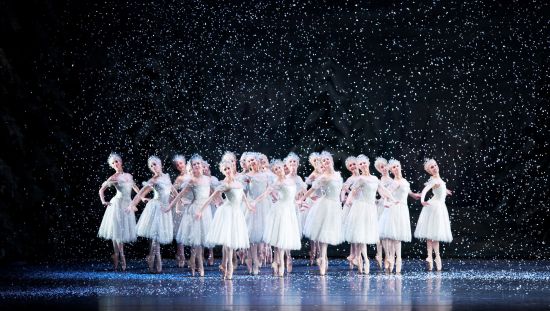 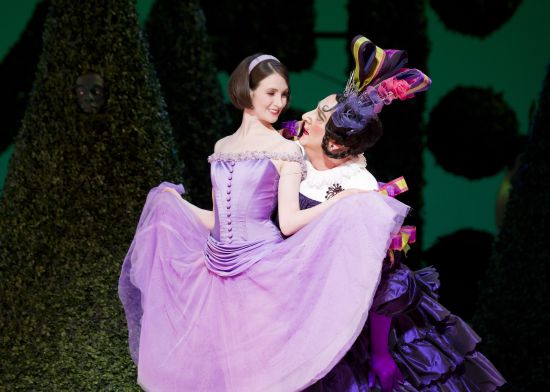 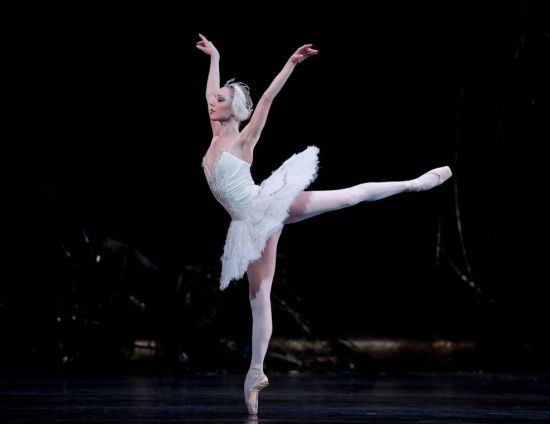 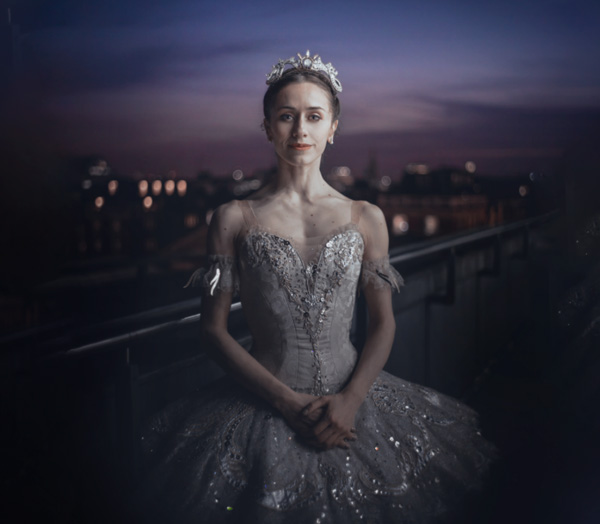