George Balanchine once said that if no pointe existed, he would not be a choreographer. Indeed, pointe shoes have been a very important part of dance history. The ability to rise on the tips of her toes gave a ballerina the ability to dance on a whole new level. With the appearance of pointe shoes, the female dancer’s technique expanded, enabling her to create the illusion of incredible lightness and to project an increased sense of daring.

Dancers have risen on their toes since ancient times, but the first documented performances with pointe shoes probably took place in England and France between 1815 and 1830. This was 240 years after Catherine de Medicis commissioned the first ballet in 1581.

When King Louis VIV of France ordered the founding of the Royal Academy of Dance in 1661, the dancers danced on ballroom floors. Once they began performing on stages, the audience had a different view of them and their feet became more important. Later, choreographers became more concerned with sideways movement and created the concept of turned-out legs.

In 1726, Marie Camargo made her debut in the Paris Opera Ballet and introduced the entrechat. At first she danced in the heeled shoes worn by others, she soon replaced them with a flatter shoe that provided a better springboard for her complicated jumps.

The French Revolution brought about change in dancewear. Dancers bagan to appear with maillots, tights named after a costumer at the Paris Opera. Flat ballet slippers with tied ribbons became the norm. These short-soled slippers with pleats under the toes were developed in response for the need for a more flexible shoe. The new slippers allowed the foot to fully extend to pointing and allowed jumping and turning. They were the foundation upon which the first pointe shoes were built.

During the Revolution, many dancers and choreographerrs left the Paris Opera to perform in England and other parts of Europe. One of these immigrants was Charles Didelot, who had introduced the concept of a flying machine in a production at Lyons in 1794. Didelot’s contraption allowed dancers to stand breifly on their toes before being whisked upward, creating the illusion of lightness as they portrayed the ethereal, unreal characters in classical ballets.

Didelot’s flying machine was enthusiastically received in London in 1796. As theatrical dancing evolved, women had become more athletic, and the audience adored watching them perform such feats as sailing across the stage aided by hidden wires. When the dancers landed on their toes, their fans cheered with delight. This favorable response encouraged choreographers to seek ways for their stars to linger in an elevated position.

Ballerinas were schooled in an increasingly challenging technical vocabulary including multiple pirouettes and jumps and leaps. The attempt to dance on pointe without the use of wires was a logical next step. Dancers soon discovered that by rising higher and higher on half pointe, they could balance on the ends of their fully stretched toes. Prints of ballerinas nearly on the tips of their toes have been found, though these early appearances probobaly involved little more than breifly held poses on the tips of the toes to give an illusion of weightlessness.

In 1832, Marie Taglioni appeares on pointe in the first performance of La Syphide. Her performance introduced the use of pointe dancing as an essenital choreographic element. Pointe shoes similar to those worn by Taglioni have been preserved by private collectors. Upon examination they appear to be nothing more than soft satin slippers, heavily darned at the tip. They had no box to protect the toe and featured a flexible leather sole that supported the foot. Darning along the sides and over the toe kept the slippers in shape. They were essentially a one-sized tube of satin and leather that bound and squeezed the toes into a uniformly narrow pointe that had little relevance to the shape of the wearer’s foot.

After being impressed by ballerinas under the Italian dance master Carlo Blasis, the Russians invited Enrico Cecchetti to teach them Italian technique, which they subsequently combined with elements of their own technique and French technique to form what is now known as the Russian style. In addition to Italian technique, the Russians also embraced Italian pointe shoes. The Italian shoes had a flatter, sturdier base. They also had stronger soles and a box that was molded with more substantial layers of fabric.

As pointe dancing spread, variations in technique began to emerge. For instance, while the Italians tended to rise onto pointe with a springhtly spring, the Russians rolled smoothly.

These advances were followed by further feats of skill performed on pointe by the «baby ballerinas» of the New Ballet Russe in 1932. Teenage ballerinas Irina Baronova and Tamara Toumanova performed sixty-four fouettes on pointe, six unsupported pirouettes, and extended balances to the delight of cheering audiences. The company rechoreographed the classics to incorporate these new «tricks» on pointe.

By midcentury, pointe shoe boxes had become considerably harder in order to accommodate the technical demands on the dancer’s foot. In the process of creating harder shoes, however, shoemakers produced pointe shoes with little flexibility, making it difficult for the dancer to have a sense of contact with the floor.

The continuing evolution of contemporary ballet technique led pointe shoe manufacturers to nonstop experimentation in succeeding decades. The result has been a wide range of pointe shoe designs from extremely strong to ultralight, in a variety of styles and shapes that enable dancers to jump higher, move more quickly, and acomplish increasingly difficult pointe technique utilized by choreographers such as George Balanchine.

Pointe dancing is an ever-evolving theory. It has gained some weight, though, over the years. A typical pair of contemporaty pointe shoes weighs about four ounces more than those worn in 1832. theballetstudio.net 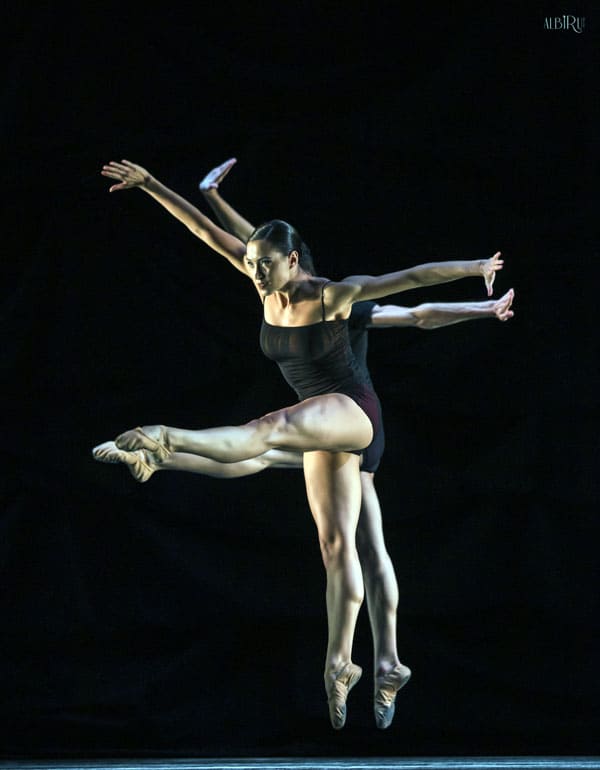