Alexei Ratmansky’s The Tempest will serve as the centerpiece of American Ballet Theatre’s opening night Fall Gala benefit on Wednesday evening, October 30 at 6:30p.m. The program will also include George Balanchine’s Theme and Variations, followed by a black-tie dinner dance on the Promenade of the David H. Koch Theater. Julia Koch, Lauren Santo Domingo and Caryn Zucker will serve as Co-Chairs for the evening. Honoree Adrienne Arsht will receive the 2013 Melville Straus Leadership Achievement Award. Gala benefit tickets start at $1,500.

The Tempest, a ballet in one act choreographed by Artist in Residence Alexei Ratmansky and set to music written for the Shakespeare play by Jean Sibelius, will be given its World Premiere on Wednesday evening, October 30. Adapted from William Shakespeare’s play The Tempest, the ballet will feature sets and costumes by Santo Loquasto and lighting by Robert Wierzel. Tony Award-winning director Mark Lamos will serve as the production’s dramaturg. The Tempest will be given five performances at the David H. Koch Theater.

Set to music by Frederic Chopin, Les Sylphides, a one act plotless work, was given its Company Premiere at Ballet Theatre’s inaugural performance on January 11, 1940 at the Center Theatre in New York City. The ballet received its first performance at the Maryinsky Theatre, St. Petersburg on March 8, 1908. Les Sylphides, which features scenery by Alexandre Benois and lighting by David K.H. Elliott, was last performed by ABT in 2005. Staged for ABT by Susan Jones, the ballet will be given four performances during the Fall season.

Set to Johann Sebastian Bach’s Partita No. 2 in D minor for solo violin, Twyla Tharp’s Bach Partita features costumes by Santo Loquasto and lighting by Jennifer Tipton. The work received its World Premiere by ABT in 1983 at The Kennedy Center for the Performing Arts in Washington, D.C. danced by Cynthia Gregory, Martine van Hamel, Magali Messac, Fernando Bujones, Clark Tippet and Robert La Fosse. Last performed by ABT in 1985, Bach Partita will be given four performances at the David H. Koch Theater.

Mark Morris’ Gong, last performed by ABT in 2005, is to music by Colin McPhee (Tabuh-Tabuhan) and features costumes by Isaac Mizrahi and lighting by Michael Chybowski. It received its World Premiere by ABT in 2001. Gong, staged for ABT by Tina Fehlandt, will be given four performances at the David H. Koch Theater.

Stanton Welch’s Clear, set to Bach violin concertos, will receive its Revival Premiere at the matinee on November 2. Created for American Ballet Theatre in 2001, Clear has costumes by Michael Kors for Céline and lighting by Lisa Pinkham. The ballet, which will have four performances at the Koch Theater, was last performed by ABT in 2007.

American Ballet Theatre’s 2013 Fall season at the David H. Koch Theater will also include performances of George Balanchine’s Theme and Variations, Alexei Ratmansky’s Piano Concerto #1 which premiered during ABT’s 2013 Spring season at the Metropolitan Opera House, José Limón’s The Moor’s Pavane and Frederick Ashton’s A Month in the Country.

Tickets for American Ballet Theatre’s 2013 Fall season at the David H. Koch Theater start at $20 and go on sale Monday, July 22 at the Koch Theater box office, by phone at 212-496-0600. For more information or to order online, please visit ABT’s website at www.abt.org. 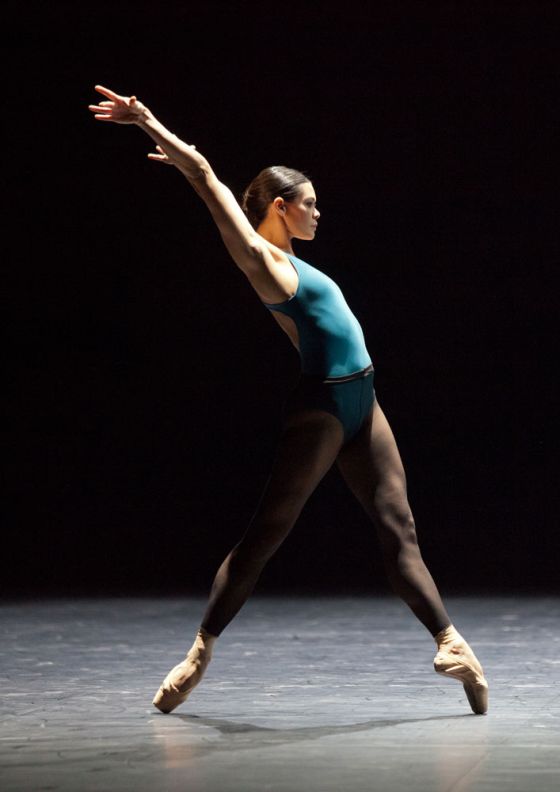