Violette Verdy (1 December 1933 – 8 February 2016) was a French ballerina, teacher, and writer who worked as a dance company director in France and the United States. She was Distinguished Professor of Music (Ballet) at the Jacobs School of Music, Indiana University, in Bloomington.

Born in Pont-l’Abbé, a seacoast town in the Finistère department of Brittany, in northwestern France, she was christened Nelly Armande Guillerm by her parents. She began her ballet training at the age of eight, in 1942, during the German occupation of northern France. Following studies in Paris with Carlotta Zambelli and later with Madame Rousanne Sarkissian and Victor Gsovsky, she made her professional debut in 1945, soon after peace returned to Europe, in the corps de ballet of Roland Petit’s Le Poète at the Théâtre Sarah-Bernhardt in Paris. Soon afterward, she became a member of Petit’s Ballets des Champs-Élysées, where she appeared in numerous small roles over the next few years.

In 1949, Guillerm was chosen by famed German cinema director Ludwig Berger to star in his film Ballerina, released in Europe in 1950 and known in America as Dream Ballerina.Critical praise for her sincere acting and pure classical ballet technique won her contacts and contracts with several European ballet companies. Having adopted the stage name Violette Verdy, she went on to dance with the reorganized Ballets des Champs-Élysées, the Ballet de Marigny, and Les Ballets de Paris de Roland Petit. With the last-named troupe, she created the role of the heroine of Petit’s Le Loup (The Wolf, 1953), set to the music of Henri Dutilleux, which proved to be a significant turning point in her development as an interpretive artist. Thereafter, she toured the United States with Les Ballets de Paris (1953) and London Festival Ballet (1954-1955) and appeared in leading roles with the ballet company of Teatro alla Scala (1955-1956) in Milan and with Ballet Rambert (1957) in London. With La Scala Ballet she danced the title roles in full-length productions of Cinderella and Romeo and Juliet, both choreographed for her by Alfred Rodrigues; with Ballet Rambert she danced the light-hearted Swanhilda in Coppélia and the more dramatic title role in Giselle, which became one of her signature roles.

A film made during the London Festival Ballet tour of America brought Verdy to the attention of Nora Kaye, a ballerina at American Ballet Theater, and, in 1957, to an invitation to join that company. Verdy accepted the invitation and moved to New York City. With her new company she quickly charmed American audiences in such repertory works as Gala Performance and Offenbach in the Underworld, both created by Antony Tudor and both with a decidedly French flavor. She also gave brilliant performances in Theme and Variations, set to the final movement of Tchaikovsky’s Suite No. 3 by George Balanchine, and a dramatic interpretation of the title role in Miss Julie, based on the 1888 play by August Strindberg and choreographed by Birgit Cullberg in 1950.

When American Ballet Theater was temporarily disbanded in 1958, Verdy was the only member invited to join New York City Ballet. Eager to work with George Balanchine, she promptly joined the company where, with rare exceptions, she would spend the next twenty years of her performing career. Although her French training and her petite physique set her apart from most female dancers in the company, she seemed to have an instinctive understanding of Balanchine’s choreographic aesthetic. In any case, she was soon dancing major roles in the repertory, giving dazzling performances in Allegro Brillante, Apollo, Divertimento No. 15, Scotch Symphony, Stars and Stripes, and Theme and Variations, often partnered by Edward Villella, who equaled her vivacity and technical aplomb on stage. Recognizing her musicality and kinesthetic intelligence, Balanchine created numerous parts for her over the years, including leading roles in Tschaikovsky Pas de Deux (1960), The Figure in the Carpet (1960), Liebeslieder Walzer (1960), A Midsummer Night’s Dream (1962), Emeralds (1967), Glinkaiana (1967), La Source (1968), Pulcinella (1972), and Sonatine (1973).

Of all these roles, Verdy is perhaps most identified with Emeralds, the opening ballet of the triptych Jewels, and with Tschaikovsky Pas de Deux. Partnered by Conrad Ludlow in both these works, she embodied the Romantic spirit of Faure’s music in the former and the charm and effervescent joy of Tchaikovsky’s music in the latter. Since its premiere, Tschaikovsky Pas de Deux has been performed by many ballerinas in numerous international companies, but few have come close to the musicality, wit, and technical bravura of Verdy’s original interpretation.

Verdy was also favored by choreographer Jerome Robbins, who cast her in Dances at a Gathering (1969) and In the Night (1970), both set to piano music by Chopin. Her solo as ‘the woman in mustard» in Dances at a Gathering, a showpiece of her extraordinary musicality set to a quick Chopin étude (op. 25, no.4), remains a challenge for ballerinas to this day. The choreography of In the Night, set to three Chopin nocturnes, allowed her to display the finest nuances of meaning in movement. Among other notable roles in Verdy’s repertory was that of Creusa, the «other woman» in Birgit Cullberg’s Medea, which entered the New York City Ballet repertory in 1958. As a guest artist, she appeared frequently in performances at the Metropolitan Opera House in New York and on tour. In productions mounted by England’s Royal Ballet, the Paris Opera Ballet, and the Boston Ballet, she danced the ballerina roles in such classic works as Giselle, Swan Lake, La Sylphide, The Sleeping Beauty, and Coppélia. From 1949 onward, she was also often seen dancing on French, British, Canadian, and American television. https://en.wikipedia.org

Ballerina: A biography of Violette Verdy (The Dance program), 1978 by Victoria Huckenpahler (Author) 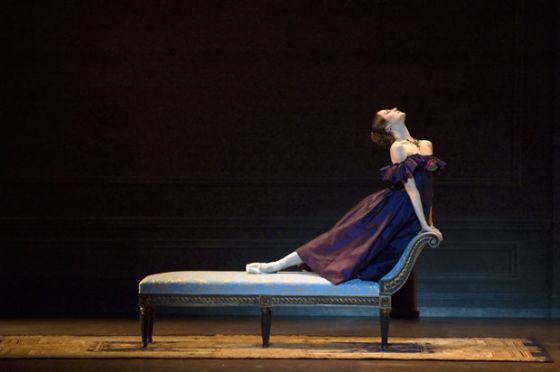