Ballet Hispanico, recognized as the preeminent Latino dance institution in the United States, will perform as part of the Celebrate Brooklyn! Performing Arts Festival, which is presented by Google Play, in a free performance at the Prospect Park Bandshell on Thursday, June 28, 2012 at 8pm.

The dynamic program for Celebrate Brooklyn! highlights the extraordinary athleticism and playfulness of the company and includes Artistic Director Eduardo Vilaro’s first piece for the company, Asuka, a celebration of the music of Celia Cruz, along with Annabelle Lopez Ochoa’s flamenco-inspired Nube Blanco and Pedro Ruiz’s high-spirited Club Havana. The Prospect Park Bandshell is located inside Prospect Park at Prospect Park West and 9th Street. Admission is free with a suggested $3.00 donation. Gates open at 7:00pm. The evening will begin at 8pm with a free salsa lesson led by Eduardo Vilaro and Latin Social Dance prior to the performance.

The program includes:
Asuka, a celebration of the music of Celia Cruz through the lens of the Latino experience. Cruz, renowned as the «Queen of Salsa,» captured the heart of Latinos the world over and became a symbol of perseverance for many. Through rich imagery and humor, Eduardo Vilaro explores the struggles of departure from one’s homeland and the exuberance of success experienced by a community.

Nube Blanco (White Cloud), inspired by Annabelle Lopez Ochoa’s childhood memories of the beautiful songs of Maria Dolores Pradera. Lopez Ochoa brilliantly integrates the Spanish zapateado technique or footwork that is found in flamenco dance and gives it a contemporary twist. Club Havana, Latin Dancing at its best. The intoxicating rhythms of the Conga, Rumba, Mambo, and Cha Cha are brought to life by choreographer Pedro Ruiz, himself a native of Cuba, as he imagined his very own «Club Havana.»

«We are thrilled to have the opportunity to be a part of Celebrate Brooklyn, a terrific festival that makes the arts so accessible to the residents of Brooklyn,» said Eduardo Vilaro, Artistic Director of Ballet Hispanico.

ABOUT BALLET HISPANICO
Celebrating 41 years of dance and culture, Ballet Hispanico was founded by Tina Ramirez and is recognized as the nation’s preeminent Latino dance organization. Now led by Artistic Director Eduardo Vilaro, Ballet Hispanico has grown from its grassroots origins as a dance school and community-based performing arts troupe to become a world-class institution that explores, preserves, and celebrates Latino cultures through dance. With a professional Company that has performed for an audience of over 2 million throughout 11 countries on 3 continents; a School of Dance unique in its emphasis on ballet, modern and Spanish dance; and an Education & Outreach division that creates extensive programming for public schools, both in New York and around the country, Ballet Hispanico builds new avenues of cultural dialogue and shares the joy of dance with all communities.For more information, visit www.ballethispanico.org. Follow Ballet Hispanico on Facebook and Twitter.

About BRIC Arts  – Media  – Bklyn
BRIC Arts | Media | Bklyn presents contemporary art, performing arts and community media programs that reflect Brooklyn’s creativity and diversity. BRIC also provides resources to launch, nurture and showcase artists and media makers. We advance access to and understanding of arts and media by presenting free and low-cost programming, and by offering education and public programs to people of all ages. Learn more at bricartsmedia.org

BRIC’s performing arts programs present emerging and established artists in music, dance, theater and multidisciplinary performance to broad audiences from Brooklyn and New York City, and support the development of new work. BRIC’s flagship performing arts program is the Celebrate Brooklyn! Performing Arts Festival, one of New York City’s longest-running, free, outdoor performing arts festivals. Launched by BRIC in 1979 as a catalyst for a Brooklyn performing arts scene and to bring people back into Prospect Park after years of neglect, Celebrate Brooklyn! was an early anchor in the park’s revitalization and has become one of the city’s foremost summer cultural attractions. Over its history, over 2,000 artists and ensembles reflective of the borough’s diversity, ranging from internationally acclaimed performers to emerging, cutting-edge artists, have been presented at Celebrate Brooklyn! 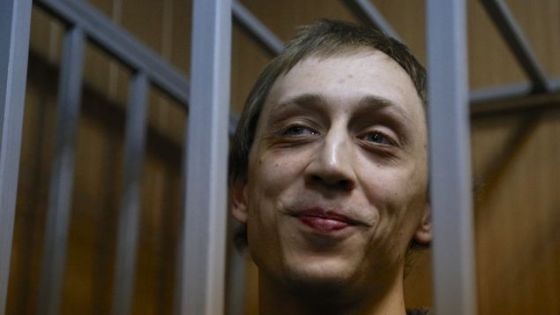