The first premiere of the 2012/2013 season, entitled Forever Young, combines three high caliber ballets – all from different times – which have one thing in common: they have become an integral part of dance history and seem to have no expiry date.

In 2003, English choreographer Russell Maliphant created the trio Broken Fall for Sylvie Guillem, William Trevitt and Michael Nunn at the Royal Opera House Covent Garden. Broken Fall is a piece about an immutable state of human existence, the constant danger of falling. In playing with opposing forces: gravity and the physical strength of the dancers, Broken Fall truly becomes an extraordinary work of art. The female soloist climbs onto her male partners, balancing seamlessly in high spheres.

At the blink of an eye, she lets herself fall, which challenges her partners to respond momentarily. It is not long before the three find themselves in the next risky set up. One moment of negligence, one wrong reaction would result in a dangerous fall.

José Limón transforms Shakespeare’s great tragedy Othello into a barely fifteen minute long pavane. The Moor’s Pavane is, much like Choreartium a key piece for its respective time and a particular style – in Limón’s case, that is ‘Modern Dance’. Created in 1949, it is Limón’s response to the McCarthy trials, to the conspiracies, slander and the espionage. He purposefully avoids a direct correlation to Othello by not using the original character names. The abyssal relationship between the four protagonists Othello, Desdemona, Iago and Emilia, could not be expressed in a more concise way, than in the form of this structured processional dance, called pavane.

Choreartium might be the first piece in the history of ballet of purely abstract quality: no storyline, no theme beyond music and the vocabulary of dance, no characters inspired by the human psyche. Léonide Massine translates the mood and structure of Johannes Brahms’ 4th Symphony into classical dance, into a variety of formations in space and time. «I created the choreography for Choreartium according to the instrumentation of the musical score. I used woman to accentuate the delicate passages, whereas men dance during the heavier, robust sections. The music, rich in orchestration and contrast, is predestined for this interplay of masculine and feminine movements and steps.» (Massine)

Contrary to the standing rule in Munich – to reconstruct historical works as close to the original as possible – Dutchman Keso Dekker, a renowned stage- and costume designer, will imprint his very own personal and modern style on the ballet.

Robertas Šervenikas will direct the Bavarian State Orchestra for Forever Young. He returns to the music podium for the first time since Der Sturm during the 2008/2009 season. 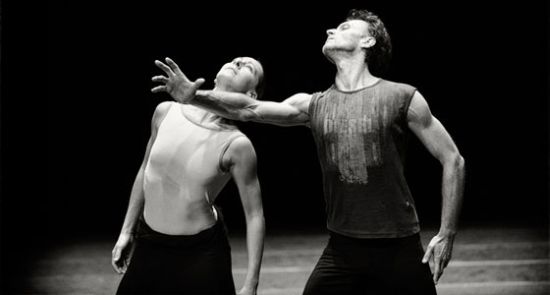