In this joyful version, a beautiful mechanical doll interferes with the happiness of two lovers. Original choreography by Marius Petita.  New version by Sergei Vikharev. Music by Leo Delibes.

In this joyful version, a beautiful mechanical doll interferes with the happiness of two lovers.

The Bolshoi Ballet, Moscow – International symbol of Russian culture and traditions, the Bolshoi’s productions meet the highest international standards. With a wide repertoire ranging from national classics and worldwide masterpieces to grandiose new productions, the Bolshoi aims to place its classical heritage into the context of a modern Russian society and embrace new approaches to creative work as well as new technologies. COPPELIA – In this joyous and witty version written by George Balanchine, a beautiful mechanical doll threatens the happiness of two lovers. Original choreography by Marius Petipa recreated by Sergei Vikharev. Music by Leo Delibes.

In this joyful version, a beautiful mechanical doll interferes with the happiness of two lovers.

Coppelia is another live screening showing exclusively at the Eden Cinemas via satellite from the Bolshoi Theatre in Moscow. Coppelia was premiered in 1870 at the Paris Opera (The National Academy of Music and Dance). It was choreographed by Arthur Saint-Leon, the choreographer who had relinquished his post as head of the Petersburg Ballet to Marius Petipa. Saint-Leon was also a virtuoso dancer, expert on dance folklore, composer and violinist. It was his interest in folk dance that was responsible for the appearance in the music score of such a rich 'selection' of dance melodies based on folklore.

Coppelia is considered to be one of the first ballets to contain Slav motifs. Coppelia is presented with two intervals, with the use of decor sketches by Pyotr Lambin and Heinrich Levot and costume sketches by Adolph Charlemagne, Pyotr Grigoriev and Yevgeny Ponomaryov.

The Eden Cinemas are providing a great opportunity for Ballet, Opera and theatre lovers to view some of the world’s best performances live on one of Europe’s largest screens and with optimal sound, at a fraction of the normal price. Moreover anybody watching a ballet or an opera is entitled to a 25% discount at InterContinental restaurants when showing their ballet or opera ticket.

This production is suitable to all audiences. 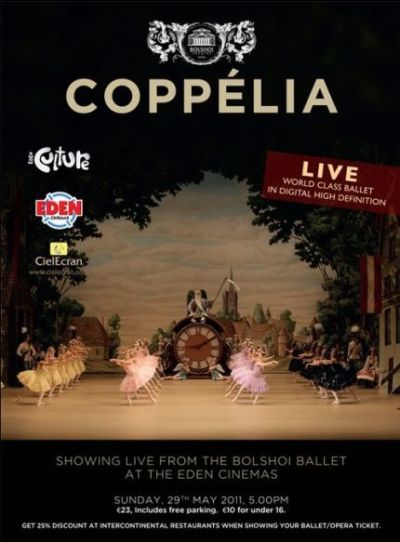 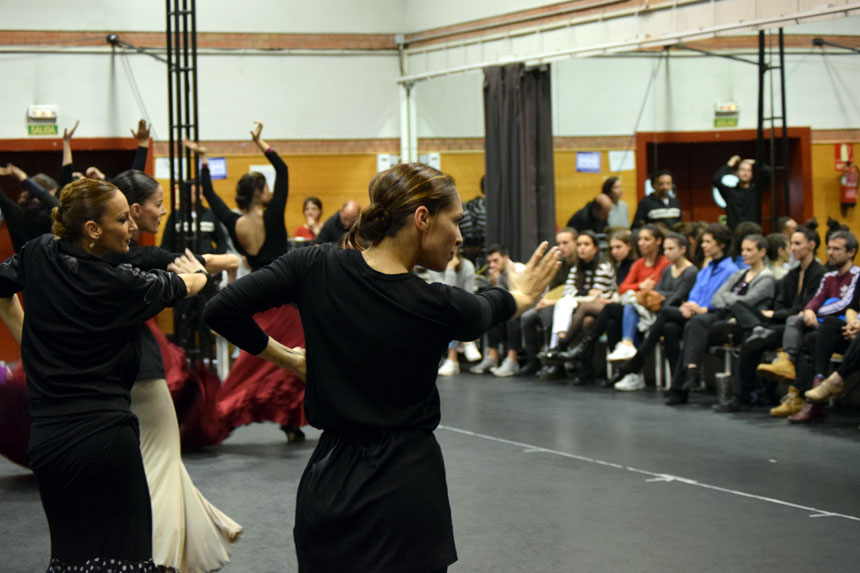