Making Books Sing – now in its 13th season – announces  the World-Premiere of the new musical JOSÉ LIMÓN: THE MAKING OF AN ARTIST.
In conjunction with the 100th anniversary of José Limón's birth.

Set for a three borough tour of New York City and a special engagement at  Stanford University's Lively Arts Center in Stanford, California!

Making Books Sing, the New York-based company dedicated to turning books for young readers into musical works for the stage, will present the world premiere of the new family musical JOSÉ LIMÓN: THE MAKING OF AN ARTIST – with Book & Lyrics by Barbara Zinn Krieger and Music by Charles Greenberg, with performances set for the Lovinger Theatre at Lehman College in The Bronx; Symphony Space in Manhattan; the Goldstein Theatre at Kingsborough Community College in Brooklyn; and Stanford Lively Arts in Stanford, CA. Brad Malow directs, with choreography by Eric Jackson Bradley.

Based on an unfinished memoir by the famed dancer and choreographer Jose Limon – JOSÉ LIMÓN: THE MAKING OF AN ARTIST tells his story of struggle and survival through a combination of music, dance and theatre. It examines his life from his exodus with his family to the United States at age 5 during the Mexican Civil War, through his struggle to find an artistic outlet and finally to his triumph as one of the greatest male dancers/choreographers of all time.

The cast for JOSÉ LIMÓN: THE MAKING OF AN ARTIST is Diego Rodriguez in the title role, Talia Barzilay, Henry Gainza, Matt Leddy, and Angela Stellute.

Making Books Sing is the only theatre company of its kind dedicated to combining literacy with the performing arts by creating professional theatre works based on contemporary children's books from diverse cultures.  In previous years, Making Books Sing has developed a devoted audience of school-age children and their families (73,000 and counting!) with its musical productions based on books such as: BEAUTIFUL WARRIOR about a girl in 17th century China who learns to defend herself by studying kung fu with a Shaolin nun, BIRD WOMAN: THE STORY OF SACAJAWEA about the young Native American woman who helped Lewis and Clark on their expedition West, A BAND OF ANGELS about a girl transported back in time to be inspired by the heritage of her people, THE ORPHAN SINGER about a girl who dreams of studying music with Maestro Antonio Vivaldi, THE BUTTERFLY – adapted from Patricia Polacco's book of the same name – about  the struggles of a Jewish family in Nazi occupied France, and many others.

Making Books Sing began in 1996 by Barbara Zinn Krieger (Artistic Director and Founder) and Debra Sue Lorenzen, (Executive Director and Co-Founder), as a program of the Pulitzer Prize-winning Vineyard Theatre. There it enjoyed phenomenal success as an entertainment program for family audiences, and even greater success in New York City schools, where Making Books Sing sends professional theatre artists each year to teach students and their teachers how to create their own plays and musicals based on books.

As many as 12,000 school children from across the four boroughs on New York City will attend Making Books Sing daytime performances of JOSÉ LIMÓN: THE MAKING OF AN ARTIST.

Barbara Zinn Krieger (Book & Lyrics) is the Founder and Chair Emerita of the major Off-Broadway Vineyard Theatre, where she served as Executive Director from 1981-2002. During her tenure, the Vineyard and its productions earned more than 40 awards, including two Pulitzer Prizes and the Tony Award. In 1996, she launched Making Books Sing as the Vineyard's children's theatre program to apply the Vineyard's high standards of artistry and content to work for young people. Making Books Sing continues today as an independent organization. Barbara has written 10 librettos, including six for Making Books Sing, five of which were published last year by Boosey & Hawkes as part of its new Making Books Sing catalogue.

Charles Greenberg (Music) made his professional Theater debut in 1976 at Circle Repertory, musical directing and writing incidental music for the original production of A.R. Gurney's WHO KILLED RICHARD CORY? He is the composer of Making Books Sing's LITTLE KIT — A FAMILY OPERA – developed through the Eugene O'Neil Foundation and subsequently produced by The Vineyard Theatre and Tribeca Performing Arts Center, (1997 & 1999), orchestrator for the critically acclaimed, A SHELTER IN OUR CAR (2007), and composer of last season's THE BUTTERFLY (2008).  Additionally, Charles has written for such companies as the Primo Ballet Company, Jump for Joy, The Eleanor Connell School of Dance, and has a 25 year relationship with the Hunterdon Hills Playhouse.

JOSÉ LIMÓN: THE MAKING OF AN ARTIST will give performances as follows:

STANFORD, CA – February 18 at 11am and 19 at 1pm/5pm
Stanford Lively Arts –  537 Lomita Mall – Stanford, CA
www.livelyarts.stanford.edu (for directions to the space) 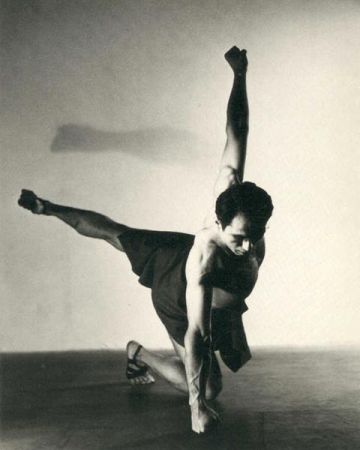 José Limón: The Making of an Artist 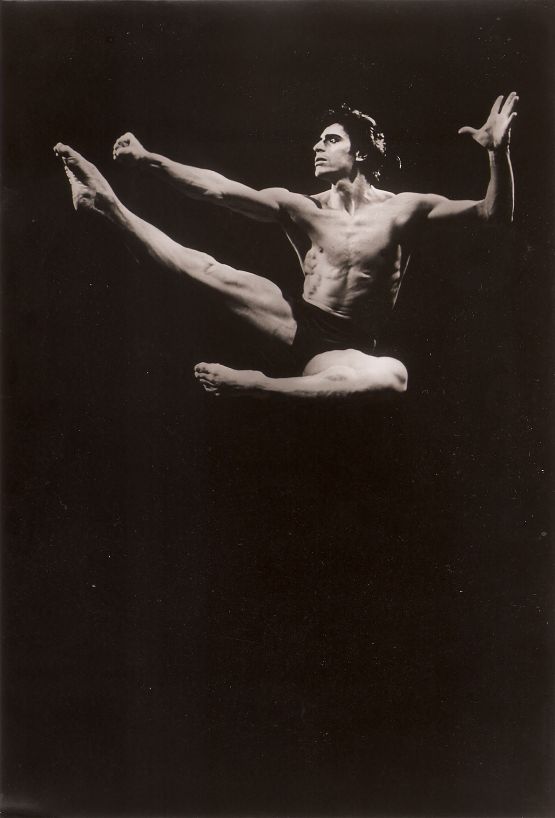