Drama based on events in the life of ballerina Dame Margot Fonteyn. At the beginning of the 1960s, Fonteyn faces retirement as a prima ballerina and a crisis in her marriage to Panamanian ‘politician’ Tito de Arias. When the much younger Rudolf Nureyev arrives on the scene, he transforms Margot’s professional and personal life in a partnership celebrated around the world. But when Tito is shot and paralysed, the dancer must face an agonising choice about her future.

At age 40, Dame Margot Fonteyn (Anne-Marie Duff) was one of the greatest ballerinas of the 20th Century. At her creative peak, she was a woman torn between her loyalties to the Royal Ballet and her marriage to unfaithful Panamanian diplomat, Roberto de Arias (Con O’Neill). Under mounting pressure to retire, Margot’s unexpected pairing with young Russian émigré Rudolph Nureyev (Michiel Huisman) caused a global sensation and created one of the most enduring and stunning ballet partnerships of all time. Margot is a timeless tale of love, performance, passion and self-sacrifice.

«Anne-Marie Duff excels as Margot Fonteyn, the ballet star whose life is almost as tragic as her famous incarnation of the swan princess in Swan Lake. The film focusses on the most dramatic period of Margot’s life, her famous and inspiring partnership with Rudolph Nureyev and her notorious marriage to Tito Arias, the Panamanian ambassador who was shot in a failed political coup in Panama, causing Fonteyn endless agony as she supported her husband personally and financially for the rest of his life. Indeed, it was her husband’s medical bills which forced her to continue dancing until she was nearly 60.

The film has its limitations, especially in the contrived imagined interviews with Fonteyn. However, these scenes give Anne-Marie Duff the opportunity to reveal Fonteyn’s vulnerability, her continual efforts to please her audience, to say the right things, to hide her own true feelings. Duff really becomes Fonteyn, her familiar head movements, arm expressions, and though really, she looks nothing like Fonteyn, her acting prowess makes the character utterly believable.

Of course, the dance sequences are danced by a ballet dancer using the device of filming Fonteyn from the back so that her face is obscured. The Royal Ballet scenes are immeasurably enhanced by two cameo performances, notably Derek Jacobi as Frederick Ashton who brings this idiosyncratic man to life, and Lindsay Duncan as Madame, Ninette de Valois, the founder and matriarch of the Royal Ballet.

I loved this film because I loved Margot Fonteyn and had the privilege of seeing her dance with Nureyev several times, especially in Romeo and Juliet and Marguerite and Armand. My 92 year old mother, who introduced me to Fonteyn when she took me to see Coppelia at the age of 8, also adored this wonderful and inimitable ballerina, and we spent a very happy evening watching this enjoyable film which, for all its technical flaws, does offer a touching portrait of this beautiful and tragic dancer.» J. Scott-mandeville (Amazon). 12 January 2015. 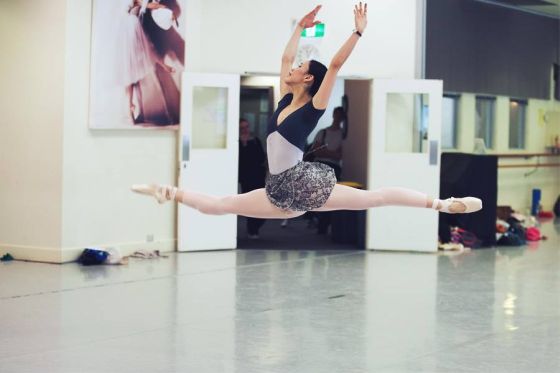 The Australian Ballet: Cinderella in rehearsal

REHEARSING CINDERELLA Alexei Ratmansky is hard at work creating our new production of Cinderella, and our studios are filled with the rascally antics of the Stepsisters, the dreams of our heroine and her enchanted moments with the Prince. Come with us inside the rehearsal rooms to see Alexei and the dancers making this marvellous ballet. … Leer más