Preparations are under way for the Mikhailovsky Theatre Grand Prix, the annual show-competition for students at Russian schools of choreography.

This year’s ‘Competition of High Hopes’ (as it is known among ballet professionals) will bring together students and teachers from Moscow, Perm, Novosibirsk, Krasnoyarsk, Ufa, and St Petersburg. Ballet-lovers will be able to experience the talents being nurtured in Russia’s leading choreographic schools during the young dancers’ performances on 30 November and 1 December.

Over the last two years, students who have participated in the first show have blossomed into professional artists, with many of them forging successful careers in ballet. For example, Victor Lebedev, an award-winner at the Grand Prix in 2009, danced several leading roles in his first season at the Mikhailovsky Theatre, including Solor in La Bayadère, and has started his second season with the role of Siegfried in Swan Lake. Olga Smirnova, another Grand Prix winner in 2009, graduated from the Vaganova Ballet Academy in 2011 and has been sought by leading theatres in Russia and Europe. The young ballerina has chosen the Bolshoi Theatre, where she will immediately take up a position as soloist in the coming season.

The preliminary selection of contestants for the Grand Prix will be based on video recordings. As in previous years, Professor Nikita Dolgushin, People’s Artist of the USSR, will chair the Artistic Council. The Council will select the finalists who will appear on the Mikhailovsky’s stage. By tradition, the competition will close with a gala-concert in which the students will perform alongside acknowledged masters, including Mikhailovsky Theatre soloists Irina Perren and Leonid Sarafanov, Lucia Lacarra – the prima ballerina of the Bavarian State Ballet — and her partner Marlon Dino, and Bolshoi Theatre soloists Natalia Osipova and Ivan Vasiliev. In this way, the show will bring several generations together on the stage of the Mikhailovsky Theatre — ballet school students, and world-famous professional dancers. There is an old expression in the ballet world that skills are passed on ‘from foot to foot’. The Mikhailovsky Theatre Grand Prix demonstrates this continuity of traditions and constant renewal. 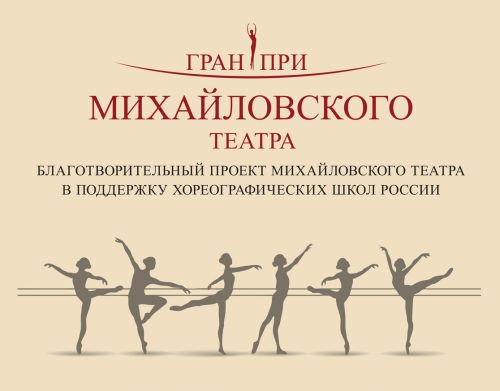