GO GREEN as Moses Pendleton’s MOMIX, the company that defies categorization as easily as its dancers defy gravity, bursts onto the stage of The Joyce Theater with the premiere of Botanica from May 12 – 31. This magical theatrical experience in motion – the kind of provocative, whimsical entertainment that only MOMIX can deliver – is sure to seduce audiences and leave them enlightened and electrified.

Tickets can be purchased online at www.Joyce.org or by calling JoyceCharge at 212-242-0800. The Joyce Theater is located at 175 Eighth Avenue at 19th Street.

With an eclectic score ranging from birdsongs to Vivaldi, Botanica is Moses Pendleton’s latest creation for MOMIX, following not only the rhythms of the seasons, but also the evolution of the world and the passing of a day. An herbal remedy and natural aphrodisiac for our current universal blues, Botanica is thrillingly brought to life by the magical, renewable energy of the MOMIX dancers with costumes, projections and custom-made props and puppetry by Michael Curry adding an extra dose of fantasy to the elixir.

Following a year that included an appearance on the April 19 cover of the special “Green” issue of The New York Times Magazine, contributing movement for the recent introduction of Mercedes Benz’s new “Smart Car” during the International Car Show in Germany and a global tour, MOMIX is especially happy and proud to return to its New York home, The Joyce Theater, to present this long-awaited premiere.

Botanica debuted in Italy this past winter and toured to sold-out houses throughout the country. The Best of Momix is currently touring the US, with summer dates in Germany and Israel, followed by more appearances in the US, Greece and Spain. With multiple companies performing seven full-length works by Pendleton, MOMIX is the most toured American dance theater in the world. It has maintained an environmentally conscious profile at its headquarters in rural northwest Connecticut since long before the current fashion for all things green. 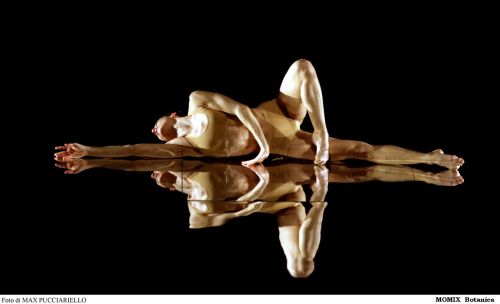 Moses Pendleton was born and raised on a dairy farm in northern Vermont. He co-founded the famed Pilobolus Dance Theatre, and his choreography for the 1980 Winter Olympics at Lake Placid led to his founding of MOMIX. He has choreographed for the Paris Opera Ballet and the Joffrey Ballet, played the fool in Lyubimov’s production of Mussorgsky’s Kovanshina at La Scala, staged Artaud's "Tutuguri" at the Deutsche Opera in Berlin, and choreographed Stravinsky’s Pulcinella for the Ballet de Nancy, as well as Lina Wertmuller’s Carmen at the Munich State Opera and Rameau’s Platee for the US Spoleto Festival. Among his film collaborators have been Sam Peckinpah and Julian Lennon for F/X II, Prince for Batman's “Batdance", and MOMIX Associate Director Cynthia Quinn, with whom he choreographed “White Widow” for Robert Altman’s The Company. His 1982 autobiographical film for ABC Arts won the Cine Eagle Award. Mr. Pendleton was a 1998 recipient of the Connecticut Commission on the Arts Governor’s Award. In 1999, he was awarded the Positano Choreographic Award by the Italian Government. Recipient of an American Choreography Award for his work on AEROS-The Illusion of Flight for the Bravo Television Network, Mr. Pendleton recently choreographed F.L.O.W. (For Love of Women) for ballet superstar Diana Vishneva on her groundbreaking triple bill of ballets which received The Golden Mask Award from the Russian National Theatre.

Based in Washington, CT, MOMIX has been celebrated worldwide for its ability to conjure up a universe of surrealistic images using props, light, shadow, humor and the human body. They have astonished audiences on five continents. In addition to stage performances, the company has worked on numerous special projects in film and television and was most recently seen in a national commercial for Hanes underwear. MOMIX has made five Italian RAI television features, which have been broadcast to 55 countries (including the USSR and China) and has performed on Antenne II in France. MOMIX has also been featured on PBS’s “Dance in America” series. The company participated in the “Homage a Picasso” in Paris and was selected to represent the U.S. at the European Cultural Center at Delphi. MOMIX is featured in the air and under the water in one of the first IMAX films in 3-D, “IMAGINE,” which was released at IMAX theatres worldwide. MOMIX also appeared with the Montreal Symphony in the Rhombus Media film of Mussorgsky’s Pictures at an Exhibition for a Decca Records’ laser disc, which received an International Emmy for Best Performing Arts Special. In 1999, the company was commissioned to create gala performances for the Fiat Corporation’s month long 100th Anniversary Celebration in Torino, Italy. Moses’ inventive choreography can be seen in the Hanes Comfort Soft commercial, which aired all over the United States. Mercedes Benz commissioned 30 MOMIX performers to perform in the 2007 International Auto Show in Frankfurt, Germany.

For more info, visit www.momix.com. The Joyce Theater is located at 175 Eighth Ave at 19th Street. 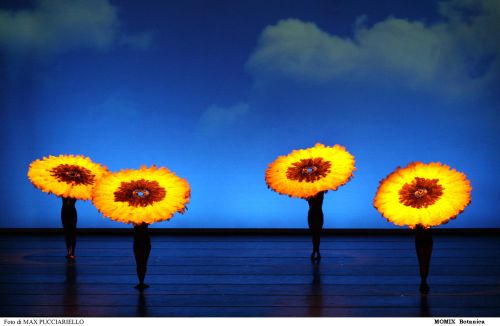 Leadership support for The Joyce Theater’s 2008–2009 season has been received from the LuEsther T. Mertz Charitable Trust. 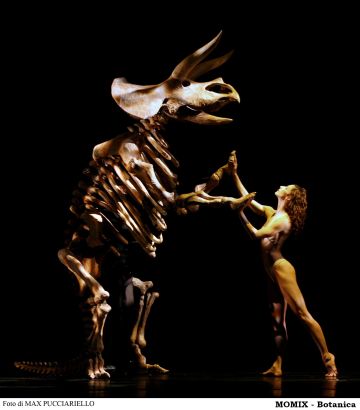 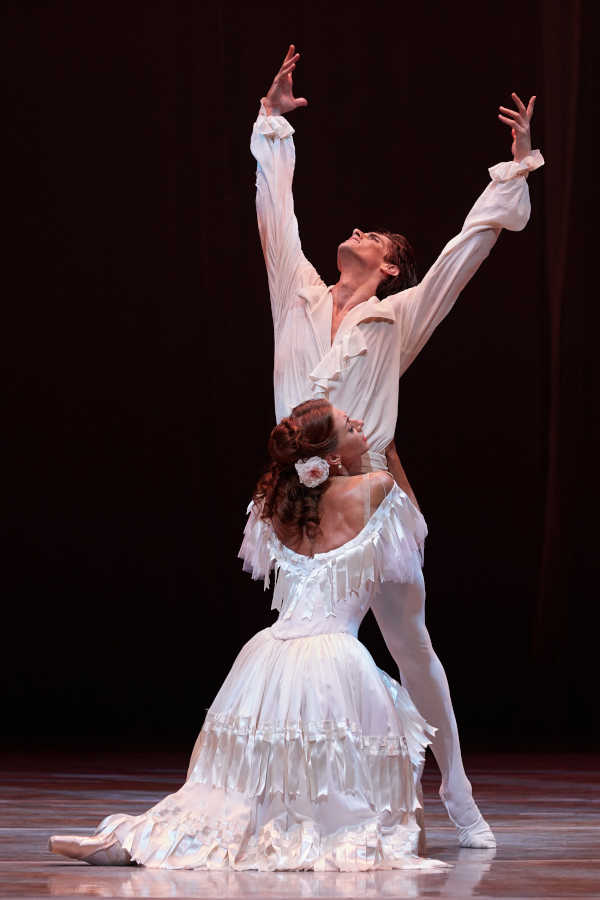