“Of Heart and of Courage” is a riveting feature-length documentary full of wonderful images.

Entirely the work of the film director Arantxa Aguirre, the documentary narrates the ups and downs and challenges faced by Béjart’s company without the choreographer at its head.

On 22nd November, 2007, after the death of Béjart, the company’s patriarch and founder, the 35 dancers who form Béjart Ballet Lausanne, together with their director, Gil Roman, were struggling to keep alive an extraordinary legacy, unique in the history of dance. Roman has been a member of the company since 1979 and was chosen by Béjart himself to ”continue, preserve and own his ballets”. That this legacy survives the absence of its creator and that all vestiges of his art and the company founded more than 50 years ago do not disappear is a continual battle waged daily by Roman as the company faces an uncertain future.

As Aranxta Aguirre says, “Of Heart and Courage is not a film about dancers, it’s about people who struggle to survive”. The documentary talks about how determination, the desire to do better, and not losing heart are important to achieve things that seem impossible”. “Of Heart and Courage”, a phrase taken from Don Quixote, was shown on 6th November in Madrid after screenings in Japan, Germany and Switzerland and has been enthusiastically received by a wide sector of the public. The documentary was also a great success in International Cinema Week (Seminici) in Valladolid. While there are plans for screenings in Barcelona, there is no fixed date as yet.

How did this film come about and why?
Maurice Béjart has always been a luminous figure for me. His work has moved me and opened up new horizons. Since making documentaries professionally, I´ve had vague dreams about making one about him, but the occasion – or perhaps the need – was lacking, since there are already several documentaries about his life. His death and the difficult time faced by his company gave me a push: the moment was right to do something because I could help to champion his legacy precisely when support was needed.

Were you in contact with Béjart and his company, apart from when you were a student?
Only as a faithful member of the audience. I saw the Ballet of the Twentieth Century in the Palacio de los Deportes in Madrid in the 1970s when I was already a child who took ballet classes. The excitement, the feelings, the sensation of completeness transmitted by that company was such that I became a Maurice Béjart “addict” and never passed up a chance to see his performances. That´s what happened to me, I´ve always gone to see the company whenever I could and it´s continued to enrich me.

The documentary was filmed in Paris, Basle, Lausanne and Madrid. Why those cities?
Those cities were where the company was (or its Director, Gil, Roman, in the case of Paris) while I was filming. I now realize that we should have put “Filmed in the Ópera de París, in St. Jakobshalle, the Théatre de Beaulieu and the Teatro Real” because we hardly left those theaters, except in the case of Lausanne, where we spent half the filming in the company studios. In that sense we followed the dancers routine – quite often they pass through cities and only see their theaters.

How did you manage to enter the dance studios of Béjart Ballet Lausanne, in Lausanne, to film the documentary?
In February 2008, Béjart Ballet Lausanne came to the Teatro Real in Madrid. At that time, my producer, López-Li Films, had an agreement to film two, 15-minute reports every month for the town council television, esMADRIDtv. So I filmed a report on that visit and it became my letter of introduction to Gil Roman. Luckily he liked my work (perhaps because he realized that I knew my subject) and granted me entry to the dance studios in Lausanne to do something more ambitious.

Gil Roman was chosen by Béjart himself to succeed him as director. Do you think that he will be able to lead the company or is it an impossible task?
I think that Béjart couldn´t afford to make a mistake in something as important as naming his successor. He chose Gil Roman and, in my opinion, he chose well. Gil has the mental clarity and personality required to make a great success of this titanic task.

Is there life after geniuses such as Béjart, Pina Bausch and Merce Cunningham?
Of course. I think that genius goes hand in hand with fertility. I can´t imagine a sterile genius. Quite the opposite, his work has the virtue of bearing fruit, answers, through time.

The documentary, a production of López-Li Films, is coproduced by Spanish Television. The film has been sold to Switzerland, Japan, Russia, Germany and to Australian television. In Spain, it was shown in Seminici in Valladolid, after screenings in several international festivals: Montreal, Zurich, Warsaw, Ghent and San Paulo. The film could not have come at a better time for the company. Will it be shown in Barcelona. What´s the schedule?
I would really like it to be shown in Barcelona because I think that city has a broader public for dance than Madrid, mainly due to the Gran Teatro Liceu. But it’s not up to me. It depends on the distributors and cinemas in Barcelona which, until now, have not seemed very interested in showing a dance documentary. I hope to change their minds.

Also, next month (December) it will be shown in the Festival of Havana and in Zurich and Tokyo. Let´s hope people continue to like it.

In 1987, Béjart closed the Mudra school and dissolved the Ballet of the Twentieth Century, which was unique, a complete one-off. He moved to Lausanne, in Switzerland, where he opened the Béjart Ballet and in 1922, the Rudra school. You studied classical ballet since you were a child in Madrid and Havana. Which of Béjart’s two schools did you study at and what memories do you have of the experience?
I studied in the Mudra school in Brussels for a few months, at the end of 1984. At that time, I fulfilled my dream of finding myself in what I considered to be the most thrilling place on earth.

What was it like screening in the Lausanne Film Library, no less, in front of both the Béjart company and school?
I´d shown the film in Montral, Zurich, Warsaw, Valladolid and Madrid where it had been well received. But I have to say that before the private screening in Lausanne, there was a moment when I was overcome by emotion and couldn´t go on speaking. Afterwards, the screening itself was unforgettable. I don´t think I´ll ever have a better public because they experienced and understood every second of the documentary as nobody else ever could.

What is your favorite ballet and why?
Depending on how I feel, what’s going on in my life and many other things, I might prefer one or other of the many masterpieces that have been created. But undoubtedly there are many of Béjart’s ballets among my favorites and perhaps Adagietto (which, by the way, begins the documentary) is one of the works I connect most to.

What’s next?
I’ve been approached about doing a film on a great ballerina but I prefer not to say anything until the project is definite. 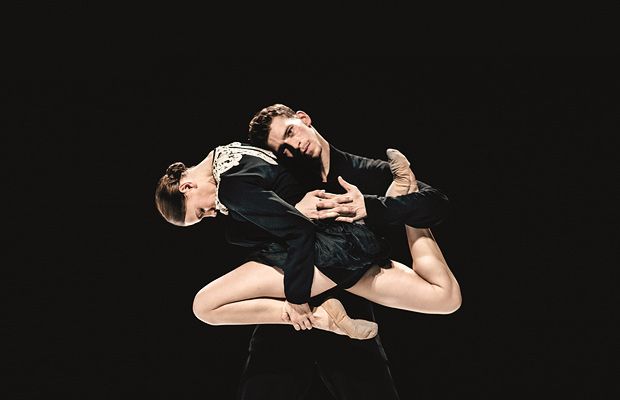