As a star ballet soloist of Moscow’s legendary Bolshoi Theater stands trial over an attack in which acid was thrown in the face of the ballet troupe’s artistic director, the scandals rocking the Russian ballet world have reached St. Petersburg, the historical home of the art form in Russia.

Teachers at the city’s Vaganova Ballet Academy, which has produced legions of Russia’s most famous ballet dancers – from Anna Pavlova, Vaslav Nijinsky and George Balanchine to Rudolf Nureyev and Mikhail Baryshnikov – are up in arms after the Russian culture minister named flamboyant and divisive dancer Nikolai Tsiskaridze as the school’s new head.

After the culture minister appointed Tsiskaridze, an outspoken former Bolshoi star, as head of the school, and Ulyana Lopatkina – a prima ballerina at St. Petersburg’s Mariinsky Theater and herself a graduate of the prestigious school – as artistic director, about 100 teachers at the academy and artists from the Mariinsky, of which the Vaganova is an associate school, wrote an impassioned letter to the ministry asking it to review the decision.

Removing the Vaganova’s current rector Vera Dorofeyeva and artistic director Altynai Asylmuratova will “inflict irreparable damage to the administrative-creative potential of the establishment,” according to the letter sent earlier this month. It described the decision as “intolerable,” if not a “criminal decision.”

Tsiskaridze, the letter says, “comes from a completely different school; he is not a bearer and preserver of the traditions of the Petersburg school.” It also says he does not have enough experience teaching children to be head of the academy, which was set up in the 18th century by Empress Anna and whose previous pedagogues have included Marius Petipa and Mikhail Fokine.

Other famous figures in the ballet world have also come out against the decision.

“I would really like to believe that it is not the end of a great school,” said Diana Vishneva, another Mariinsky prima and one of the most highly acclaimed ballerinas in the world, who also trained at the Vaganova.

The appointment of Tsiskaridze is not unconnected to the goings on in the Moscow courtroom where dancer Pavel Dmitrichenko stands accused of enlisting an acquaintance to attack Sergei Filin, the Bolshoi ballet troupe’s artistic director, allegedly in revenge for Filin’s casting practices. Tsiskaridze has put in his two cents’ worth to the case that shocked the world, casting doubt on the seriousness of Filin’s injuries and saying the attack was used as an excuse to launch a witch hunt against Tsiskaridze and his allies. He is due to appear as a defense witness in the case.

Tsiskaridze has not been linked directly to the attack, but the former Bolshoi director Anatoly Iksanov said that the outspoken dancer had contributed to an atmosphere of “constant intrigue” that led to the attack.

The Georgian-born Tsiskaridze, one of the most popular ballet dancers of his generation, has been in a very public war with the Bolshoi leadership since the middle of the last decade when Alexei Ratmansky’s tenure as ballet artistic director – the post Filin holds – saw Tsiskaridze fall out of favor and emerge as a frequent critic of the theater and its management.

He attacked the notoriously expensive six-year Bolshoi renovation project as tacky, comparing the result to a Turkish hotel, and complained of being sidelined. He was eventually dismissed from the Bolshoi this summer, much to the dismay of his army of fans.

Ratmansky, who now works in the United States and has often spoken of the poisonous atmosphere at the Bolshoi, also spoke out about Tsiskaridze’s appointment, writing on his Facebook page: “Why the dismissal in the middle of the school year? … It seems the only fault of the current leadership of the academy was that Nikolai Tsiskaridze was suddenly unemployed.”

The former Bolshoi artistic director posted a video on his Facebook page this week from the 2007 documentary “Strictly Bolshoi” about British choreographer Christopher Wheeldon creating a work for the Bolshoi. In the documentary, Wheeldon is seen to have constant trouble with a moody and capricious Tsiskaridze.

“It’s difficult to work with a guy who rolls his eyes after every step and who behaves in that manner,” Wheeldon says in the film.

“This is quintessential Tsiskaridze as I know him from my work at the Bolshoi. Will he be able to change his character/attitude as new director of the Vaganova Academy?” wrote Ratmansky. “I sincerely hope so, otherwise it’s a catastrophe…”

Throwing another level of intrigue into the Tsiskaridze appointment scandal is the role of Mariinsky Theater head Valery Gergiev, who is said to have designs on the Vaganova, having been credited with a proposal to merge the academy with the city’s conservatory and put them under the control of the Mariinsky.

Gergiev, a world famous conductor who has previously criticized the academy’s quality, praised Tsiskaridze’s appointment as a “brilliant solution,” sparking rumors that the dancer was part of his plan to take over the academy.

Tsiskaridze said that if the academy staff were against the idea of a merger, he would resign if such an order were given.

It Girl-turned-opposition activist Kseniya Sobchak alleged on Snob.ru that Tsiskaridze’s appointment was the result of active lobbying by the wife of a government corporation head.

The culture ministry has retreated slightly, backtracking on the appointment of Lopatkina and saying that Asylmuratova will keep her position.

Tsiskaridze, who is due to be confirmed in the position later this year, has already visited the academy and is adamant that he is the right man for the job.

“I am the son of a teacher. My mother taught physics in school and you might say that I grew up in the staffroom. And I know well what is good for a child and what is bad,” he told Moskovskiye Novosti.

As part of his leadership of the Vaganova, he said he would like to bring back the Soviet practice of scout committees traveling the country to look for talented kids to become dancers.

He also pooh-poohed the idea of St. Petersburg ballet having a radically different style from that of Moscow, saying it was purely down to the size of the theater stages.

“If at the Bolshoi there are four square meters for every pair [of dancers in a scene featuring many dancers], at the Mariinsky Theater there is no room to move anywhere and you dance in one square meter, and that’s it,” he said. “It’s amazing that people are seriously discussing the difference and not paying attention to the fact that many leading ballerinas and dancers moved from Leningrad [Petersburg’s Soviet name] to Moscow in the 20th century.”

Tsiskaridze insisted that intrigue in the ballet world works against him rather than for him.

“I understand perfectly the motivation of those people who are trying to speak out against my appointment. I know very well who they are friends with and who they are playing games with, and not one intrigue remains unknown to me,” he told Moskovskiye Novosti.

The intrigue surrounding the Vaganova showed no sign of abating this week, as it was announced that four more candidates for the post of head of the academy have appeared, according to Alexei Fomkin, a top academy official who is one of the candidates. He did not name the other three candidates.

The academy’s board will meet later this year to decide. 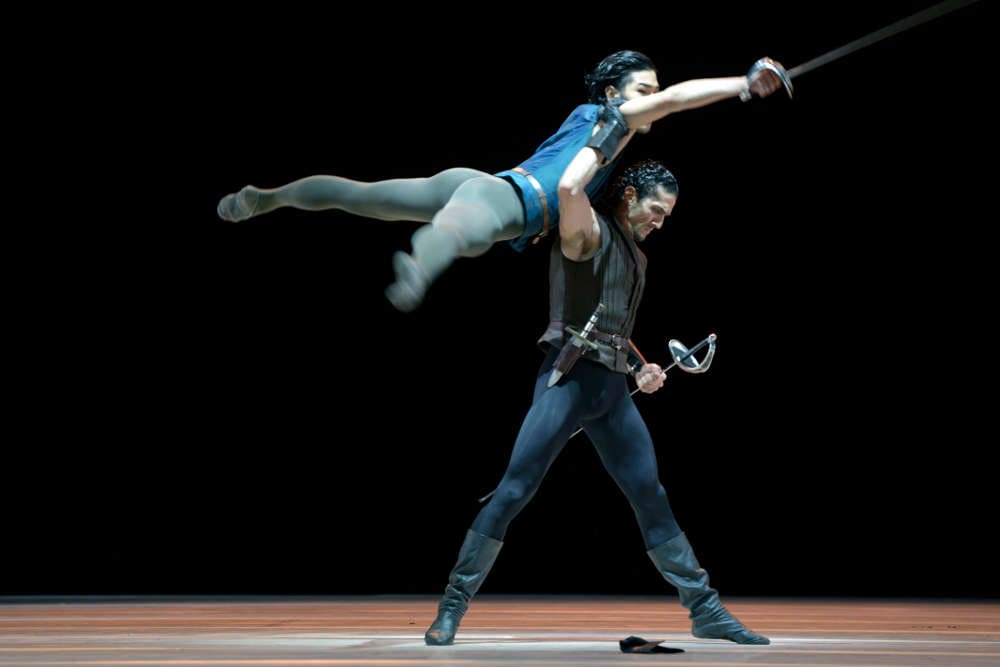