«Swan Lake» had its first night in december 1997. The fact, that all the performances thus far have been sold out, and that a live telecast was seen in more than one hundred French cinemas by approximately 80,000 people, gives an idea, how successful this production has been.

Patrice Bart, associate director of Paris Opéra Ballet, mounted this «Swan Lake», and modified the story. In his version, Prince Siegfried is a sensitive young man who is besieged by expressions of love and desire from his dominant mother, the Queen, and from his close friend, Benno. He wonders, if he is able to truly love anyone. Only Odette, a creature between a woman and a swan, who comes from another world, fascinates him. The Queen an Benno advance in Bart’s psychoanalytical but elegant and unsugary «Swan Lake» to become principal characters with substantial dancing roles. The jealous mother; her prime minister, Rotbart; and Benno hatch a scheme against the lovers with Rotbart’s daughter, Odile, as the tool. Siegfried recognizes the conspiracy too late and follows his beloved Odette to death.

The story takes place around 1900 at the court of Nicholas II, Russia’s last czar. Designer Luisa Spinatelli has created decor and costumes in the spirit of art nouveau. Stylistically, both „white“ lakeside scenes in this two-act version remain almost untouched, while the two scenes set at court include a lot of tricky, nimble-footed dances for large groups. Bart tells the story as logically as one can in ballet, and choreographs with sensitive musicality without being a slave on Tchaikovsky’s score.

45 minutes before each performance (except premieres), there is an introduction in the opera house. It is prepared and moderated by students of the institute of dance studies (Institut für Tanzwissenschaft) of Freie Universität Berlin.

Scene 1 – Prologue: On the lake shore

Prince Siegfried grows up under the safe guidance of his mother, the young, widowed Queen.

Scene 2 – On the palace terrace

Prince Siegfried´s 2st anniversary is being celebrated. Now he is of age, he wants to break free of his mother’s authority. The prince’s best friend, Benno von Sommerstein, whose feelings for the prince go beyond the customary confidence of close friends, is also excitedly looking forward to this time.

In the middle of the festivities, Siegfried’s mother appears, accompanied by her prime minister, von Rotbart. She presents Siegfried with a rifle and a medal to celebrate his coming of age.

After the Queen has closed the celebrations, Benno von Sommerstein, full of enthusiasm, announces a hunt. In a melancholy mood, Prince Siegfried remains on the terrace. The celebration has shown him once again that he is not in charge of his own life. The prince longs to fulfill himself and achieve independance.

Scene 3 – On the Lake Shore

Benno von Sommerstein brings the prince his gun, which he appears to have forgotten. However, Prince Siegfried wants to be alone and tells Benno to go hunting without him. Benno departs but the prince is not unobserved.

Siegfried meets the swan princess, Odette, who tells him of the evil spell which keeps her imprisoned in the shape of a swan. To the prince, she is the embodiment of another world, paradise itself. He feels that she is the only person who can release him from his close relationship to his mother. He swears to love Odette forever and this will set her free of the spell. At last he can assume responsibility himself.

In his jealousy, Benno informs the queen of the events at the lakeside. Deeply disturbed, and feeling she will lose her son, the queen thinks up a quick and effective scheme to separate Siegfried from Odette. She confides her plan to the prime minister; she devises an intrigue and sends out invitations to a ball. In addition to the princesses from neighbouring countries who are possible brides for her son, Odile, the prime minister’s daughter, is also on the guest list.

In the empty ballroom, just before the ball is about to begin, the queen is contemplating a portrait of her son and considering what she is about to inflict on him.

Scene 5 – In the ballroom

Court ceremony runs its course and the queen opens the ball with the prime minister in a dance which is intended to arouse the prince’s jealousy. After the dance the princesses are presented to the prince. In spite of all all their attempts to charm him he remains unimpressed until Odile is presented. The prince thinks he recognizes the swan princess, Odette, in her. The queen and von Rotbart force him to swear eternal love to this illusion. Then the image of the white swan appears and the prince recognizes his tragic error in promising to love the black swan. Deeply humiliated, Siegfried follows his true love, Odette, to the lake.

The swans are awaiting the return of their companion, Odette. She tells them what has happened. The evil spell was not broken. Prince Siegfried arrives at the lake and beg’s Odette’s forgiveness. Prime Minister von Rotbart also arrives at the lake. Siegfried realises that it is the prime minister who is keeping Odette under an evil spell. It is he who, under the pretence of assisting the queen, is really only serving his own purpose. There is a struggle and Siegfried kills the prime minister.

Now that he has become a murderer and lost his love, the prince realizes the hopelessness of his situation and how his life is determined by outside forces. It seems to him that the only possible solution is to seek death in the lake. The queen remains alone. 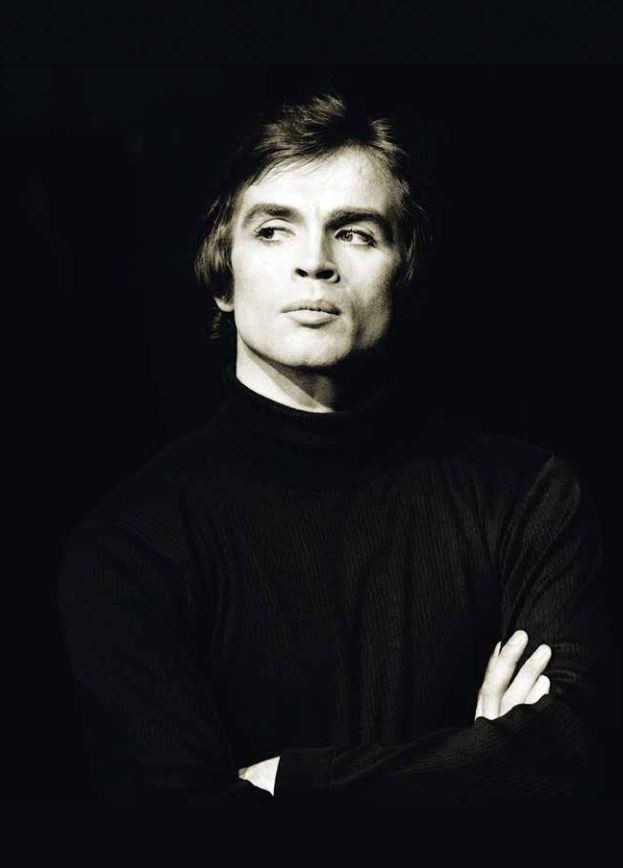 Modern Ballet Ilya Demutsky «Nureyev» Ballet in two acts. Special Program of Preliminary Ticket Sales for performances of the ballet Nureyev (9, 10 December 2017) In response to the increased demand the theatre introduces a special program for the preliminary ticket sales for the ballet Nureyev, which contains the following conditions: Entradas relacionadas»Tributo a Rudolf … Leer más