New York City Ballet will open its 2013-2014 season on Tuesday, September 17 with six performances of Peter Martins’ full-length production of Swan Lake. Set to Tschaikovsky’s score and featuring sets and costumes by the acclaimed Danish painter Per Kirkeby, the production was last performed by NYCB in the fall of 2011 to sold-out houses.

In 1996 the Royal Danish Ballet presented Peter Martins’ new full-length version of Swan Lake, the last of the enduring 19th-century Russian ballets. Although it was also the last of the famed Tschaikovsky-Petipa classics, Swan Lake was actually the composer’s first ballet score. It was commissioned in 1875 by the Moscow Imperial Theater, now the Bolshoi Theatre. Tschaikovsky, who thought that ballet was «the most innocent, the most moral of the arts,» suggested the libretto. Years earlier, as a family entertainment, he had composed a short ballet based on a German fairy tale about a wicked sorcerer who turns young girls into birds.

Amazingly, the choreographer of the 1877 Moscow premiere (not Petipa) was not inspired by Tschaikovsky’s glorious music, the conductor didn’t like the score either, and the ballerina declared it too difficult to dance to and substituted her favorite music and choreography from other ballets. The composer blamed himself for the failure and would not write another ballet score for 12 years. When he resumed, it was to compose The Sleeping Beauty in 1890 and The Nutcracker in 1892. Tschaikovsky died the following year. As a memorial, the Imperial Theater in St. Petersburg mounted a production of just the first lakeside scene, Tschaikovsky’s second act, where the Prince meets the Swan Queen. Czar Nicholas II was so impressed by the new choreography of Petipa’s assistant Lev Ivanov that he ordered the entire ballet be produced, with Petipa staging the first and third acts. It is this 1885 St. Petersburg production with the dual role of Odette and Odile that is the basis for the classic ballet we see today.

While retaining the well-known set pieces from the traditional version by Petipa and Ivanov, Mr. Martins has imbued his production of Swan Lake with the speed and clarity that New York City Ballet is known for. The lakeside scenes are based on the choreography of Balanchine’s one-act version. For the divertissements of the «Black Swan» scene, Martins has created a sensuous Russian dance intended as an homage to the exoticism of the early 20th-century Russian artist Leon Bakst. Martins has also set a pas de quatre for three ballerinas and a danseur with complex step combinations and intricate partnering unheard of in the 19th century.

For this production Martins invited Denmark’s leading artist, Per Kirkeby, to design the scenery and décor. Kirkeby’s paintings, sculpture, and graphic art have been exhibited at the Royal Museum of Fine Arts in Copenhagen, the Venice Biennale, New York’s Museum of Modern Art, Prague’s National Gallery, the Dallas Museum of Fine Art, London’s Barbican Center, and the Musée d’Art Moderne de la Ville de Paris, as well as numerous galleries throughout the world, including the Michael Werner Gallery in New York. Kirkeby is also a writer, geologist, filmmaker, and performance artist who has published more than 60 books of poetry, novels, and essays. Kirkeby’s costumes for New York City Ballet’s Swan Lake are based on the original costumes he designed in collaboration with Kirsten Lund Nielsen for the Royal Danish Ballet production. The evocative lighting design is by Mark Stanley. 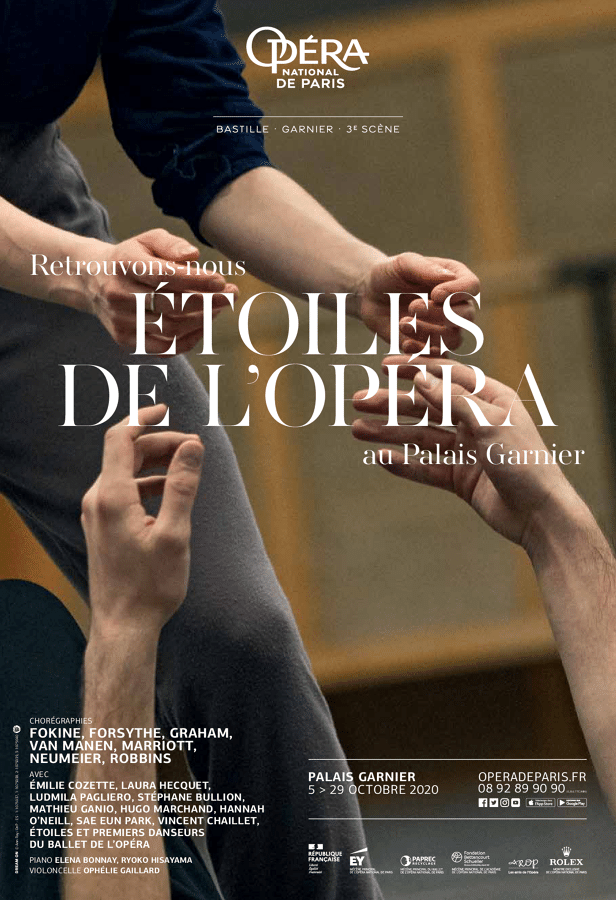