Early next week, our theater will be presenting the second premiere of the 228th season: an opera by Gaetano Donizetti L’Elisir d’Amore. This is the first staging of this masterpiece in the modern history of the Mariinsky Theatre — before the opera was staged only in the 19th century (three times). The production, staged by the famous French director Laurent Pelly and designed by Chantal Thomas is a co-production of the Opéra national de Paris and the Royal Opera House, Covent Garden, London. L’Elisir d’Amore by Pelly-Thomas is recognized as one of Europe’s best performances of the work. 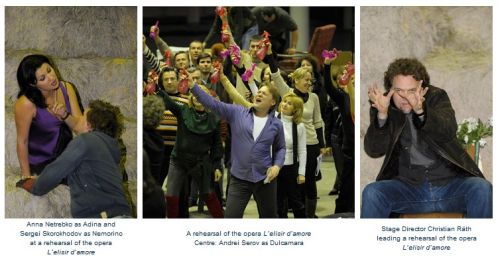 On 24, 25 and 27 January and 8 February the Mariinsky Theatre will be staging the premiere of Gaetano Donizetti’s “melodrama giocoso” L’elisir d’amore. On 24 January the performance will feature Anna Netrebko (Adina) and Erwin Schrott (Dulcamara). On 27 January the role of Adina will also be performed by Anna Netrebko.

The Mariinsky Theatre has staged Donizetti’s comic opera for the first time in recent history (the opera has previously been staged on three occasions by the St Petersburg Imperial Theatres in the 19th century). The theatre chose renowned French stage director Laurent Pelly and designer Chantal Thomas to mount this version, a co-production of the Opéra de Paris and the Royal Opera House in London. Pelly and Thomas’ L’elisir d’amore has been acclaimed as one of the greatest European productions ever.

Christian Räth, Stage Director of the Mariinsky Theatre production, said that “The plot unfolds in the 1960s: this brings the opera closer to us without distorting its ideas. I think that people of any age have always been delighted at new ideas that could magically alter their lives. One of the protagonists – Dulcamara – is selling a drink that makes people fall in love. Today we can see the same thing – on the internet, on TV, in newspapers – everywhere we can see things that purport to make our lives easier.”

The main roles in the opera, which effectively allow singers to display their vocal abilities and charisma, are prepared by the leading artists of our theater. Anna Netrebko, an opera soloist of the Mariinsky Theatre, is very well familiar with the Pelly-Thomas production – she participated in its performances in London and Paris, and believes that this bright, sparkling, humorous performance will be a great success for our opera company and will be one of the most popular productions among St Petersburg audiences. Anna will be singing the premiere performances on 24 & 27 January. 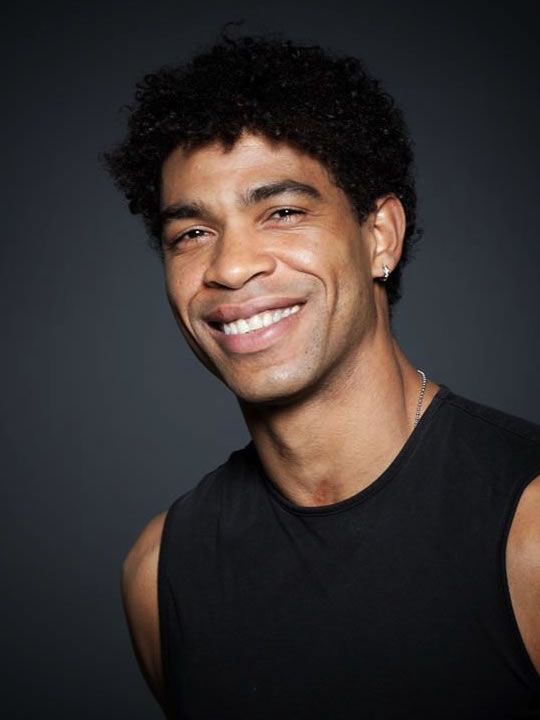