NEW YORK CITY BALLET PRESENTS 33 IN 3 A 2012-13 SEASON FINALE FROM MAY 21 THROUGH JUNE 9. FEATURING PERFORMANCES OF THIRTY THREE DIFFERENT BALLETS IN THREE WEEKS WITH NO TWO PERFORMANCES ALIKE

The 33 in 3 performances will also feature George Balanchine’s Firebird, which was created in 1949 for the legendary American ballerina and founding member of New York City Ballet Maria Tallchief, who passed away on April 11, 2013. New York City Ballet will dedicate all four performances of Firebird, on May 21, 22, 23 and 24, to Tallchief’s memory.

Also featured will be the New York City premiere of Justin Peck’s In Creases, which had its world premiere at the Saratoga Performing Arts Center in July of 2012. Set to Philip Glass’ Four Movements for Two Pianos, In Creases was the first of three ballets that Peck, who is also a soloist with NYCB, has created for the Company during the past year.

In Creases will premiere on Wednesday, May 29 as part of the second of two New York City Ballet Art Series performances that have taken place during the past year. In addition to In Creases, the Art Series performance will also include Ulysses Dove’s Red Angels, Richard Tanner’s Sonatas and Interludes, and Peter Martins’ A Fool for You.

Launched during the 2013 winter season, the NYCB Art Series was designed to produce annual collaborations between contemporary visual artists and New York City Ballet. For the inaugural year of the Art Series, NYCB commissioned FAILE — the Brooklyn-based artist team of Patrick McNeil and Patrick Miller — to create a large scale exhibition called Les Ballets de FAILE, for the Promenade and lobby spaces of the David H. Koch Theater. During the 2013 winter season FAILE exhibited a 40-foot tower and suite of paintings which combined the duo’s signature style of pop-culture aesthetics and reworked visual imagery featuring iconography inspired by several months of research at NYCB and its archives.

FAILE will unveil an all-new exhibition on the Promenade and Orchestra levels of the theater for the Art Series performance on Wednesday, May 29, which will be displayed through the end of the season on June 9. In addition, at the sold-out Art Series performance on Wednesday, May 29, all audience members will receive a special limited-edition, hand-painted piece of art created by FAILE as part of the evening’s festivities, which will also include a post-performance party on the Koch Theater’s Promenade for all audience members.

All New York City Ballet performances take place at the David H. Koch Theater, located on the Lincoln Center Plaza at Columbus Avenue and West 63rd Street. Tickets for all performances start at just $29 and are available at the box office, at nycballet.com, or by calling 212-496-0600. 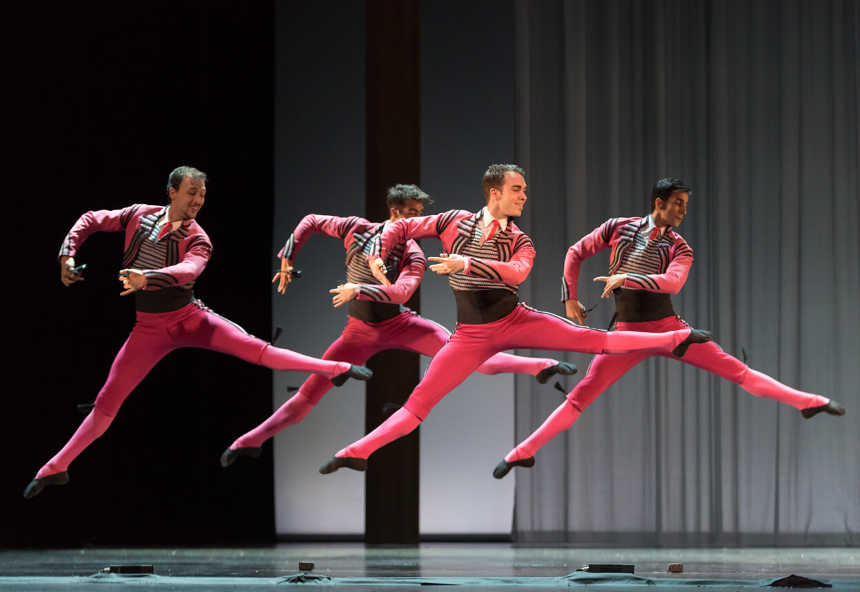