Footprints: works by Jodi Melnick, Helen Simoneau & Reggie Wilson
Monday, July 23 – Wednesday, July 25 at 8:00pm
Reynolds Industries Theater
Noted as one of the most exciting performances at the ADF each year, the newly renamed Footprints program (formerly called Past/Forward) brings audiences the ADF debuts of three innovative choreographers as they set ADF-commissioned world premieres on the talented ADF Six Week School students. Canadian born choreographer and HU/ADF MFA graduate Helen Simoneau has won numerous accolades for her solo and ensemble work over the past five years. Her choreography has been presented in Austria, Brazil, Canada, France, Greece, Italy, Spain, and Switzerland. Her students will be performing the ADF Commission, Paper Wings.

Two-time “Bessie” Award winner Jodi Melnick has had a vast career in dance including working with such artists as Twyla Tharp, John Jasperse, Mikhail Baryshnikov, Sara Rudner, and Trisha Brown, among many others. Her dance language is created from an investigation of nuance, gesture, and the emotion that emanates from the human form. The ADF Commission that she has created for the Footprints program is entitled The Darling Divide. Drawing upon the blend of movement languages of the blues, slave and spiritual rituals, and contemporary dance, Reggie Wilson has created a potent and energizing style all his own. He is currently the artistic director for his Brooklyn based company, Reggie Wilson/Fist & Heel Performance Group. His work is entitled: AKULALUTHO which is an isiNdebele word from Zimbabwe meaning “it means nothing.”

Mark Morris Dance Group
Friday, July 27 and Saturday, July 28 at 8:00pm
Durham Performing Arts Center
Since 1980 Mark Morris Dance Group has been creating dance works that defy the boundaries between modern and ballet. The company has long been heralded for their commitment to live music, and their performances at ADF will be accompanied by the Mark Morris Dance Group Music Ensemble. The company will present an exciting evening comprised almost entirely of works never before seen on the ADF stage including Festival Dance, a beautiful dance set to a tender and graceful piano trio by Nepomuk Hummel. In an homage to some of Morris’ earlier days, this lighthearted and charming work is a masterful blend of folk elements, intense musicality, Morris’ signature movement aesthetic. The performance will also feature Canonic ¾ Studies (1982), a beautiful waltz inspired work, as well as Silhouettes (1999) and Rock of Ages (2004).

ADDITIONAL FESTIVAL ACTIVITIES
On Saturday, July 28 at 1:00pm, the ADF will host a one-hour Children’s Saturday Matinee at DPAC, featuring a performance by the Mark Morris Dance Group. This interactive, family-friendly matinee is sure to excite children of all ages. Immediately following the performance, audience members are invited to join us for a free Kids’ Party on the DPAC outdoor plaza for music, snacks, and additional entertainment.

WAYS TO SAVE
The ADF is pleased to provide several opportunities to save while still enjoying the performances and programs of this world-renowned Festival. Partial Series Subscriptions to both ADF@DUKE and ADF@DPAC offer patrons the opportunity to save 25% on their order when purchasing tickets to 4 or more performances at one venue. Full Series Subscriptions offer 35% off an order when purchasing tickets to every performance at one venue. Groups of 10 or more save 20% off regular-priced tickets and Seniors receive a $3/ticket discount. Area students may take advantage of the ADF Student Rush program and save 50% on all tickets purchased one hour before each performance. *ADF@DPAC and ADF@Duke orders cannot be combined to secure a Partial or Full Series Subscription.

About ADF:
Founded in 1934 in Bennington, Vermont, the ADF remains an international magnet for choreographers, dancers, teachers, students, critics, musicians, and scholars to learn and create in a supportive environment. The ADF’s wide range of programs includes performances, artist services, educational programs and classes, community outreach, national and international projects, archives, humanities projects, publications, and media projects. The ADF has been presenting the best in modern dance for over 78 years. www.americandancefestival.org 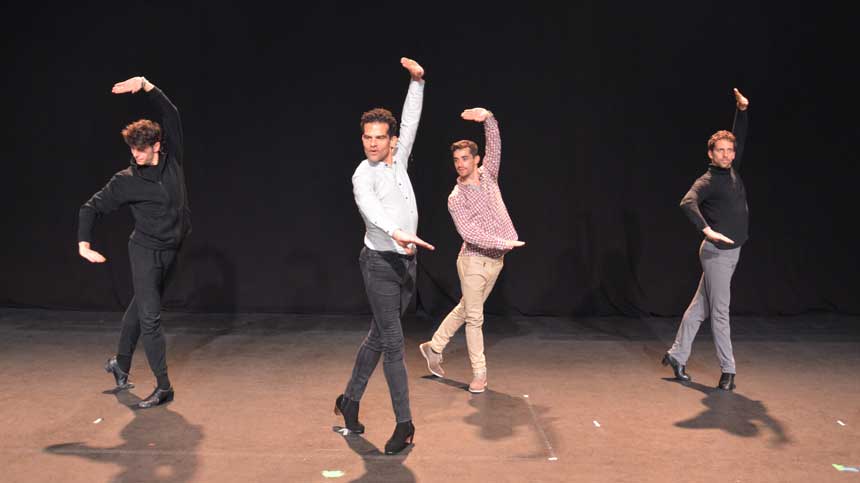