An Amazon Best Book of the Month, April 2014: “Etonnez-moi (astonish me)!”–was the great ballet impresario Serge Diaghilev’s command to his collaborators and dancers, and it’s just what this insistent, subtle novel did to me. A confession: I may have been the only reviewer who was not blown away by Maggie Shipstead’s best-selling debut, Seating Arrangements. So this sophisticated, intelligent novel was an astonishing discovery. On one level, it tells a straightforward story, of a young woman in the 1970s who fought her way into the professional ballet world, helped her Russian dancer/sort-of boyfriend defect, and then left the ballet, married a “civilian” and raised a son who turned out to be ballet-obsessed. But it’s also an insistent and deft look at passion and art, a book about growing up and facing your limits and getting on with life. That it’s set in the dance world–an irresistible venue even for those of us who performed neither toe nor tap–is just the bonus to a novel that already hit the jackpot. Sara Nelson

Astonish Me: A novel by Maggie Shipstead

Maggie Shipstead is a graduate of the Iowa Writers’ Workshop and a former Wallace Stegner Fellow at Stanford University. Her first novel, Seating Arrangements, was a New York Times best seller, a finalist for the Flaherty-Dunnan First Novel Prize, and the winner of the Dylan Thomas Prize and the Los Angeles Times Book Prize for First Fiction.

Joan kneels in a dark box in the third loge of the Palais Garnier, the Opéra, peeping over the red velvet railing. Six rickety chairs stand close around her, but she knows they creak and is careful not to disturb them. The houselights are down, but the glow from the stage picks out a profusion of gilded plasterwork: serene deities, trumpeting angels, lyres, garlands, flowers, oak leaves, masks, Corinthian columns, all deeply shadowed, piling up around the proscenium and among the boxes like the walls of a craggy gold cave, climbing to Chagall’s painted round ceiling of naked angels and voluptuous ballerinas and goats and chickens and lovers and blue Eiffel Tower and red-splotched rendering of the Palais itself. From the center of this hangs the great sleeping chandelier: an enormous gold and glass thistle hung upside down to dry, darkly gleaming.

The Kirov’s orchestra noodles around in the pit, waiting. At stage left, just in from the wings, the young star who has been the subject of so much hubbub stands in a heavy grey sweater, white tights, and thick army-green leg warmers pulled up to his thighs. Joan’s angle is not ideal—she is looking steeply down on him—but he seems too delicate and too boyish to be impressive. Most of the corps girls milling around in black leotards and white practice tutus are taller than he is. The ballerina who is his partner, however, is tiny, like a fairy, and she stands facing away from him, smoking a cigarette in a long white holder and absently blowing rings of smoke. Her head is wrapped in a printed scarf. Rusakov makes one smooth turn around her and plucks the holder from her fingers. He skips backward, puffing and making faces at her. Not taking the bait, she watches impassively, then pivots and disappears into the wings. He tires of his own game at once and presses the cigarette in its holder into the hand of one of the corps girls. She appears terrified by the gift and passes it off to her neighbor, who rushes into the wings after its owner.

Joan is not supposed to be watching the rehearsal, but she can always claim she did not understand the remonstrations of the ballet master. Still, to be safe, she had crept in a back door and made her way higher and higher through the gloomy backstage passages and stairways until she emerged into the third loge, which was quiet and a little musty without crowds of gossiping, mingling Parisians. Its balconies overlook the bronze and marble excess of the grand escalier. There is a curved wall of closed doors, each with a round porthole and leading to a box. She had used an usher’s key, purloined in advance, to open the door of box 11.

Some invisible cue makes the dancers flee the stage and the orchestra collect itself. The conductor lifts his baton, slices down- ward. After a few bars, Rusakov launches out from the wings. He has shed the leg warmers and sweater, and his body, in tights and T-shirt, is perfectly proportioned, muscled but not bulky. His legs appear longer than they are; his ass is round and high. Rumor has it that the Kirov won’t cast him as a romantic lead because he is small, preferring to use him as Ali the slave boy or the Bluebird or the Golden Idol, but his stage presence is aggressive and masculine, arrogant. He has arched, almost pointed eyebrows and very dark eyes that bounce imperiously off the empty theater. At first the raked French stages had given Joan trouble. She would migrate toward the pit on her turns, earning a few kicks from the next girl in line. But the stages in Russia are raked, too, and Rusakov shows no discomfort as he flutters downstage, hooking his body from side to side in a series of brisés volés. Another rumor is that he bleaches his hair to look more Russian, less Tatar, and the contrast of his feathered blond mop against his olive skin and black, restless eyes is striking.

The choreography is old-fashioned, but as Rusakov circles the stage doing high, perfect coupés jetés en tournant, his technique is not fusty but pure. His movements are quick but unhurried, impossible in their clarity and difficulty and extraordinary in how they seem to burst from nowhere, without any apparent effort or preparation. But the beauty of Arslan’s dancing is not what moves Joan to cry in her red velvet aerie: it is a dream of perfection blowing through the theater. She has been dancing since before her fifth birthday, and she realizes that the beauty radiating from him is what she has been chasing all along, what she has been trying to wring out of her own inadequate body. Forgetting herself, she leans out over the railing, wanting to get closer. Étonnez-moi, Diaghilev had said to his dancers in the Ballets Russes. Astonish me.

As Rusakov executes a final leap offstage and the music abruptly ends, the silence that follows is an injustice. Someone starts shouting in Russian. It is the artistic director. He leaps from his seat and charges up the aisle, bellowing. Rusakov reappears, his face blank. He listens to the harangue but does not nod, only stares at his slip- pers. Without waiting for the other man to finish, he stalks to the back of the stage, and with no music except the lone, rising, furious voice, comes whirling forward in the fastest chain of steps Joan has ever seen. Each step leads inexorably and precisely into the next. Nearly in the pit, he stops and holds an arabesque, all his momentum falling away, leaving a flawless statue. Then he spits and walks offstage. A deeper silence than before follows. Joan looks up at Chagall’s angels. Their fleshy wings are like those of penguins, more like fins than tools of flight. As she gets to her feet, she bumps into the chairs, making a clatter, but she doesn’t look back to see if anyone has heard.

Behind a curtain, the box has a small antechamber with crimson damask walls, coat hooks, a mirror with a wooden shelf beneath it, and a small velvet fainting couch, also red. She sits on this couch in the dark and snuffles, wiping her face with her hands. After two years in San Francisco, she had come to Europe to dance in a new competition in Switzerland and was spotted there by the director of the Paris Opéra Ballet, who offered to take her on as a quadrille, the lowest rank in the company. There was something about her he liked, he told her. Not everything, but something. He can make her better, if she will work. And so she had come to Paris and rented a room in Montmartre from a sullen girl in the company who does not speak to her. She had a short affair with a violinist who liked to hold her feet, tracing his fingers over the bloody patches and rough calluses. Then she had a slightly longer fling with a dancer, a sujet, as they call soloists, and she has learned enough French to get by. Every morning she goes to the opera house for class in the huge, round studio that hangs like an unpopped bubble between the auditorium and the Opéra’s green dome. Instructions come to her mostly as the names of steps, which she only knows in French anyway, and as eight counts and clapping and singing—bum BA BA, bum BA BA—and rapid bursts of elaborate description she can’t follow and, sometimes, to her, comme ça, comme ça with a demonstration she imitates as best she can. If she succeeds, she earns a voilà, simple, voilà, c’est tout. If she fails, there is a small grimace, a twitch of the head, a resigned smile, a retreat.

For Joan, Paris has the feeling of waiting. All the elegance, the light and water and stone and refined bits of greenery, must be for something, something more than simple habitation and aggressive driving of Renaults and exuberant besmearing with dog shit. The city seems like an offering that has not been claimed. Its beauty is suspenseful. Joan has walked the boulevards and bridges and embankments, sat in the uncomfortable green metal chairs in the Tuileries, puttered down the Seine on a tourist barge, been to the top of the Eiffel Tower, stared politely at countless paintings, been leered at and kissed at by so many men, stood in patches of harlequin light in a dozen chilly naves, bought a scarf she couldn’t afford, surreptitiously stroked the neatly stacked skulls in the catacombs, listened to jazz, gotten drunk on wine, ridden on the back of scooters, done everything she thinks she should in Paris, and still there has always been the feeling of something still to come, a purpose as yet unmet, an expectation.

But, now, in the dark, on the red velvet couch where fashionable Parisian ladies used to retire from the scrutiny of the opera house, Joan finds herself unexpectedly atop a moment that feels significant. Her life, unbeknownst to her, was narrowing around this point, funneling her toward it. The city was never waiting. She was waiting. For Arslan. Already she has started to think of him by his first name. If the beauty of Paris is suspenseful, the beauty of his dancing is almost terrible. It harrows her. Her throat is tight with fear. She is afraid of how this man, this stranger, has already changed the sensation of being alive. She is afraid he will slip away. All the things she has felt for months—the mundane loneliness, the frustration with language, the nagging anxiety, the gratitude for the opportunity to dance—all that is gone, replaced with brutal need. She should leave. She should go home and then to class tomorrow and the next day and the day after that. But her need is too powerful to ignore. She must see it through.

Carefully, she eases the door of the box shut behind her. The loge and escalier are deserted. The orchestra kicks up again, muted and distant. She has left the door to the back staircase propped open, and she passes into the convoluted innards of the Palais, making a few navigational flourishes to avoid spots where she might encounter Opéra stage crew or where the Kirov would be likely to have … 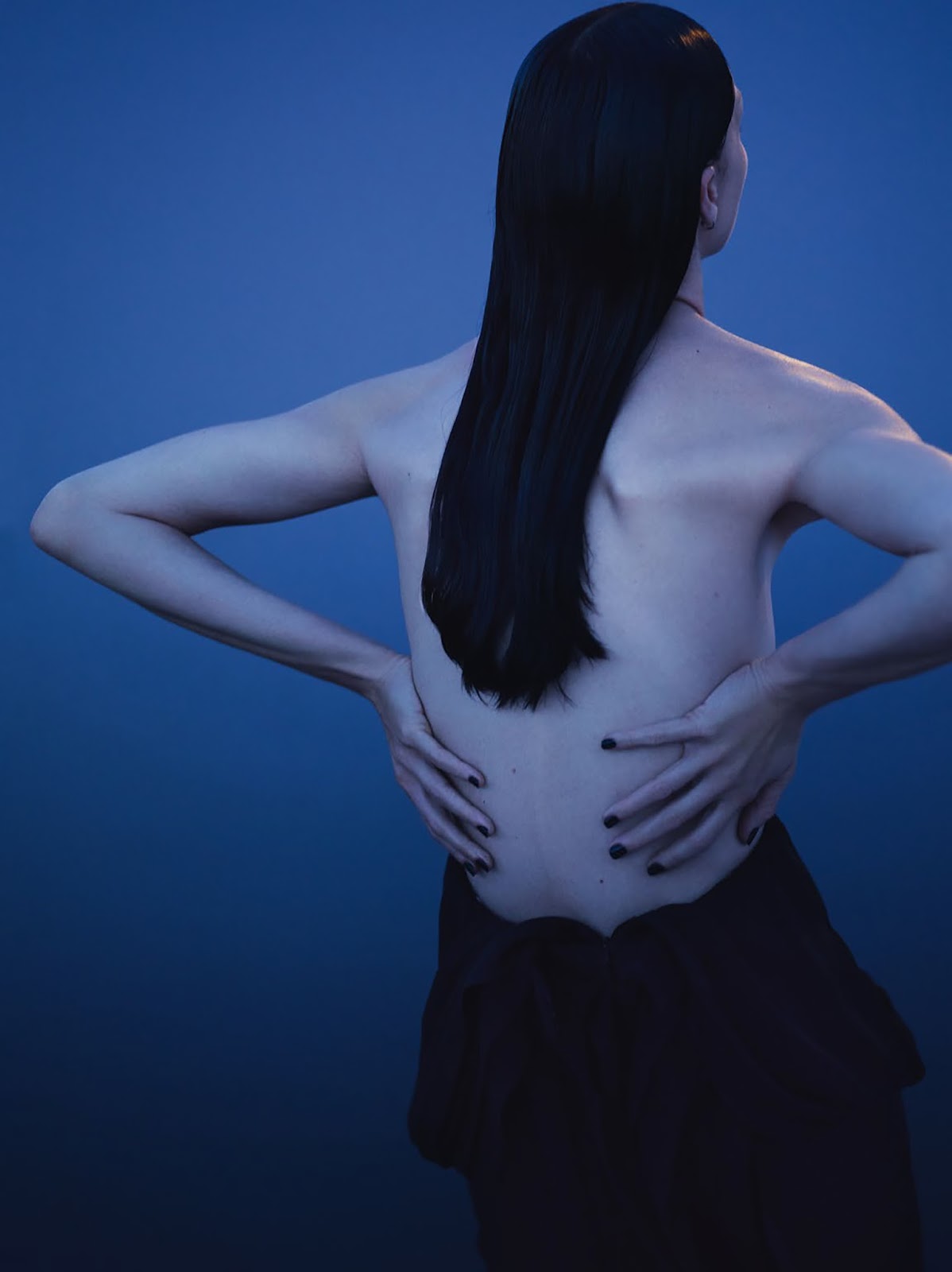