There are ballerinas of silence, snowflake dancers –
they merely melt. But she’s a demonic spark.
Perishing, she’ll burn up half the planet!
Even her silence is the raging, roaring silence
of expectation, the actively intense silence
between the lightning flash and the thaunderclap.
Plisetskaya is ballet’s Marina Tsvetaeva.
Andrei Voznesensky

And now in memory of her and of her plans for celebrating her 90th birthday – how once again she aspired to astonish and delight her fans – the Bolshoi Theatre is ready to give its all to rise to the occasion. She both approved and blessed the PROGRAMME for her evening, she wrote it out in her own hand and we have reproduced this in facsimile in the very unusual theatre programs for the Gala. And, of course, she will be visibly present – alas, not on stage, but on the screen…

Plisetskaya belonged to the ranks of those exceptionally talented and very determined people in whose careers the chance factor plays a minimal role. It was as if Nature, having rewarded her with unique gifts – a huge extension, perfectly centуred movements, brilliant virtuosity, a high leap, the ability in a leap to remain suspended in the air – had marked her out for ballet. Add to this her extraordinary musicality and powerful temperament – and one ends up with a portrait of an outstanding ballerina.

But here one must also add a striking artistic gift, the ability to be maximally expressive on stage and to convey what a character is feeling via movements of the body. And thus, in addition to her gifts as a ballerina, she was also a unique actress.

Distinguished by an exceptional artistry and audacity, Plisetskaya preferred to destroy – rather than follow – canons, and by destroying them she created a style and repertoire of her own. She always fought furiously for the life of the unique theatre she created which, as all that breaks new ground and is non-trivial, often shocked people of orthodox views and those in authority.

Maya Plisetskaya had an exceptionally long life as a ballet dancer – she danced for well-nigh sixty years. And for close on fifty of these she danced at the Bolshoi Theatre, with the company she joined, in 1943, straight after graduating from the Moscow Ballet School. It was on this stage that her triumphant fame began, it was here she danced the leading roles in the great ballets of the classical repertoire, which were to become her ‘signature tunes’ and would reflect from then on the imprint of her style – coming first on this list are Odette and Odile in Swan Lake and Kitri in Don Quixote.

It was also at the Bolshoi Theatre that the ballets created especially for Maya, took on flesh and blood. And here the work which immediately comes to mind is Carmen – one of her favorite roles. In a matter of years this ballet, for which Maya fought tooth and nail to get a production at the Bolshoi, had conquered the whole world. 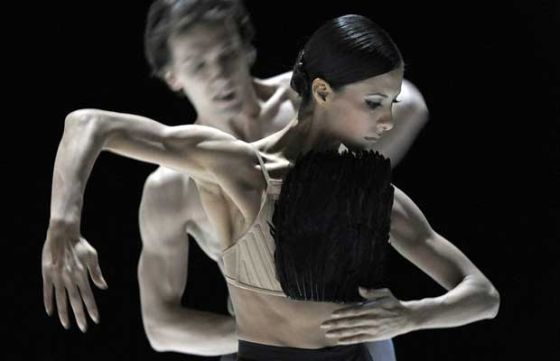