After several years of collaborating with the Company on its acclaimed advertising and promotional campaigns, which featured studio portraits of all of NYCB’s dancers photographed over the course of three years, Leutwyler was next granted unprecedented backstage access to New York City Ballet’s theater and rehearsal studios at Lincoln Center.

The result is an extraordinary 488-page, hardcover book, featuring 270 photographs, that has been published by Steidl, one of the world’s most distinguished printers and publishers of fine art and photography books.

In conjunction with the release of Ballet, New York City’s Foley Gallery, located at 97 Allen Street, will also show an exhibition of selected photographs from Leutwyler’s book, which will be on display from November 28, 2012 through January 6, 2013.

Divided into five sections, Ballet gives viewers a rare look at the inner workings of one of the world’s greatest dance organizations. For the behind-the-scenes images, Leutwyler spent more than 30 days during NYCB’s 2012 winter and spring seasons, photographing throughout the David H. Koch Theater at Lincoln Center, the home of the New York City Ballet.

The final section of the book features nearly 60 of Leutwyler’s original portraits of NYCB’s dancers, some of which are being published for the first time ever, including images of all the Company’s Principal Dancers.

“During his time with the Company, Henry was able to become invisible in a way, which enabled him to experience our world like an insider, capturing both the hard and often gritty day-to-day work, as well as the exquisite performances that our dancers present every night, all photographed from a perspective that few audience members ever get to see,” said NYCB’s Ballet Master in Chief Peter Martins

“It was an extraordinary experience to inhabit this special world,” says Leutwyler, “and with these images I wanted to showcase the daily rituals and intense dedication of these artists who devote their lives to the unbelievable beauty that they create at every performance.” Born in Switzerland in 1961, Leutwyler lived and worked in Paris for a decade before moving to New York City in 1995, where he established his reputation as a portrait photographer. Steidl also published Leutwyler’s first book, Neverland Lost: A Portrait of Michael Jackson, in 2010. The images from Neverland Lost have since been exhibited in solo shows in Los Angeles, New York, and Moscow.

“Working with film and the 35mm Leica that I have used for many years, I wanted to create a visual narrative through the images alone, and have included almost no text with the finished product,” says Leutwyler. “For those viewers who know the New York City Ballet and its repertory, they will recognize favorite dancers and ballets among the images. For those less familiar with the Company, I hope that Ballet draws them in to this rarely-seen world in much the same way that it was slowly revealed to me during the time I have spent with the Company.”

New York City Ballet is one of the foremost dance companies in the world, with a roster of more than 80 dancers and an unparalleled repertory of modern masterpieces. The Company was founded in 1948 by the legendary choreographer George Balanchine and arts patron Lincoln Kirstein, and quickly became world-renowned for its athletic, contemporary style, and a repertory of original ballets that has forever changed the face of classical dance. Now under the direction of Peter Martins, NYCB continues its commitment to promoting creative excellence and nurturing a new generation of dancers and choreographers.

Ballet the exhibition will be on view at the Foley Gallery, located at 97 Allen Street in New York City, from November 28, 2012 though January 6, 2013. Gallery hours are Wednesday through Sunday from noon to 6 p.m., or by appointment. For more information on the exhibition visit foleygallery.com. 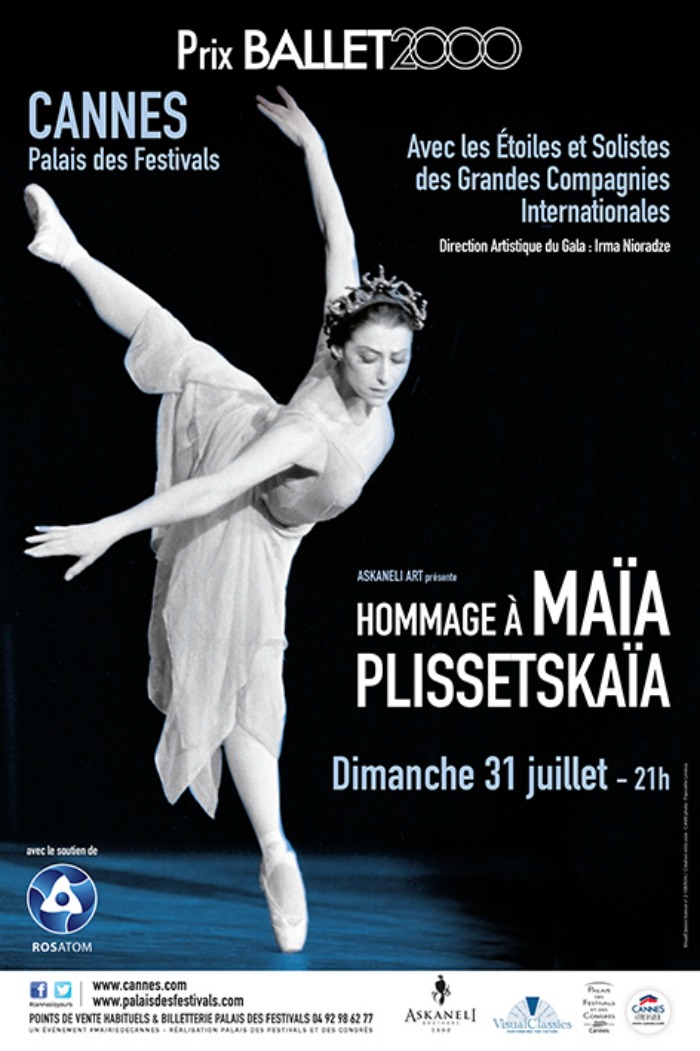 On 31 July 2016 the awardees of this year’s prestigious prize, selected by a jury made up of some of the world’s best-known dance critics and specialists, all of whom contributors to BALLET2000, will be presented to the public and the world of dance at the Grand Auditorium of the Palais des Festivals, Cannes. Principal … Leer más