WHY: To raise support for Ballet San Jose’s Live Music Fund and its arts education program, “Music and Motion.” Proceeds of the event directly support the inclusion of live musical accompaniment for Ballet San Jose’s annual performances of The Nutcracker and repertory season, a critical element in elevating the performance experience for artists and audience members alike. “Music and Motion” brings the joy of music and dance directly to the classroom in underserved elementary schools in Santa Clara County by providing introductory ballet classes to live musical accompaniment, along with supplemental materials designed to encourage continuing exploration of the performing arts. 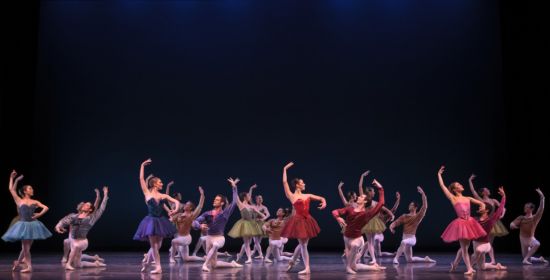 GALA EVENING
On Saturday, November 3, Ballet San Jose presents a unique evening of bravura ballet and virtuoso music, including a preview of works to be performed during its upcoming season and an encore performance of Clark Tippet’s Bruch Violin Concerto No. 1, which was received with great acclaim by audiences and critics alike during last spring’s repertory season. The gala heralds the return of live music to Ballet SJ’s orchestra pit, as Symphony Silicon Valley takes its place as resident orchestra for this performance, and the entire season to follow, under the baton of recently appointed Ballet SJ Music Director and Conductor George Daugherty.

The Gala evening begins with an elegant cocktail reception and dinner for Gala Benefactors in a beautiful 50’ x 150’ Clear Top Tent awash in hues of chestnut, red and copper by designer Genevieve Brisebois-Molat.

The one-night-only gala performance follows in the San Jose Center for the Performing Arts featuring the entire Ballet SJ company of dancers, and the extraordinary talents of critically acclaimed international concert violinist Rachel Lee; renowned soprano Kristin Clayton, a star of both San Francisco Opera and Teatro ZinZanni; and the Golden Gate Boys Choir Master Singers, all accompanied by Symphony Silicon Valley. An added bonus will be the onstage gala debut of approximately 100 students from Ballet SJ School’s pre-professional division, in the Polonaise from Tchaikovsky’s The Sleeping Beauty, staged by School Principal Dalia Rawson.

After the performance, all Gala Benefactors are invited to continue the evening’s celebration with the dancers and other artists at a post-performance party, featuring live music, dancing, refreshments, and desserts.

The Gala, including cocktail reception, dinner, premium performance seating, and post-party is $1,000 per person, $800 of which is tax deductible.  Tickets to the performance only are available and range from $45 to $125. A limited number of tickets to the post-party are also available at $125 for Ballet San Jose subscribers and $175 for non-subscribers. Proceeds from the events benefit Ballet San Jose’s arts education program for local schools, “Music and Motion” and help fund live music for the entire season of productions.

“I am very excited about this gala on so many different levels,” said Ballet San Jose Artistic Advisor Wes Chapman, “First of all, this spectacular evening not only celebrates – and helps perpetuate — the return of a full, live orchestra to Ballet San Jose’s orchestra pit, but also the rebirth – the renaissance – of this exceptional company as one of the Bay Area’s preeminent performing arts institutions, and one of America’s major ballet companies.  I am also thrilled by the diversity of ballets, music, and performers to be spotlighted during the gala.”

Ballet San Jose Music Director and Conductor George Daugherty added, “Not only will our gala audience be treated to extraordinary dancers and choreography, but also world-class musicians. Rachel Lee is undoubtedly the most exciting young American concert violinist to have emerged on the world stage in the past few years, and Kristin Clayton is an exquisite soprano whose voice and artistry are pure magic. When you add to this the full force of Symphony Silicon Valley, and the wonderful Golden Gate Boys Choir, there is a depth of music and musicians being showcased here that one does not normally find on your usual ballet gala.”

World-famous violinist Itzhak Perlman had this to say about his protégé Rachel Lee’s appearance at the gala, “Rachel Lee is a terrific violinist who plays with true musicianship and artistry. This exciting, wonderful young performer will undoubtedly bring great pleasure to her audience.”

Overture to “L’enfant Prodigue” by Auber. (From the music to Sir Frederick Ashton’s Les Rendezvous.)
“Waltz of the Flowers” from Ballet San Jose’s all-new production of The Nutcracker with choreography by Karen Gabay, set to the music of Peter Ilyitch Tchaikovsky.
Sir Frederick Ashton’s Thaïs Pas de Deux, staged by Bruce Sansom, set to the “Meditation” from Thaïs by Jules Massenet.
Lacrymosa by Edward Stierle, staged by Parrish Maynard. Danced to the Lacrimosa movement from Mozart’s Requiem Mass in D minor (K. 262) featuring the Golden Gate Boys Choir Master Singers and soprano Kristin Clayton.
Don Quixote Pas de Deux staged by Wes Chapman after Marius Petipa, set to the music of Ludwig Minkus.
“Celebration Polonaise” from The Sleeping Beauty staged by Dalia Rawson and performed by the Pre-Professional Division of Ballet San Jose School. Music by Peter Ilyitch Tchaikovsky.
The finale of George Balanchine’s Stars and Stripes, staged by Elyse Borne, set to the music of John Philip Sousa.

ABOUT BALLET SAN JOSE
The mission of Ballet San Jose is to provide our audiences with professional ballet performances that are produced to the highest artistic standard, which contribute to the cultural needs of the community, and that are accessible to the broadest possible audience. We are committed to providing interactive arts education for children, youth, and adults through our ballet school and outreach programs, focusing on both professional training and on general community enrichment.

Ballet SJ was founded as the City Center Ballet of San Jose in 1983, partnered with Cleveland Ballet in 1985, and became an independent resident company in San Jose in 2000. Our company of more than 40 dancers annually performs a season of nearly 30 shows, including The Nutcracker, at the San Jose Center for Performing Arts, reaching an estimated 37,500 audience members.

Ballet SJ recently took bold steps to raise dramatically its standards of excellence and elevate its commitment to engaging and inspiring its community through innovative artistic programming. In 2011, we formed a strategic partnership with American Ballet Theatre (ABT) to catalyze new and rapid artistic growth that is already yielding tremendous benefits, with at-cost production rentals from ABT’s vast repertory and premium access to ABT’s network of renowned choreographers, stagers, and artists. 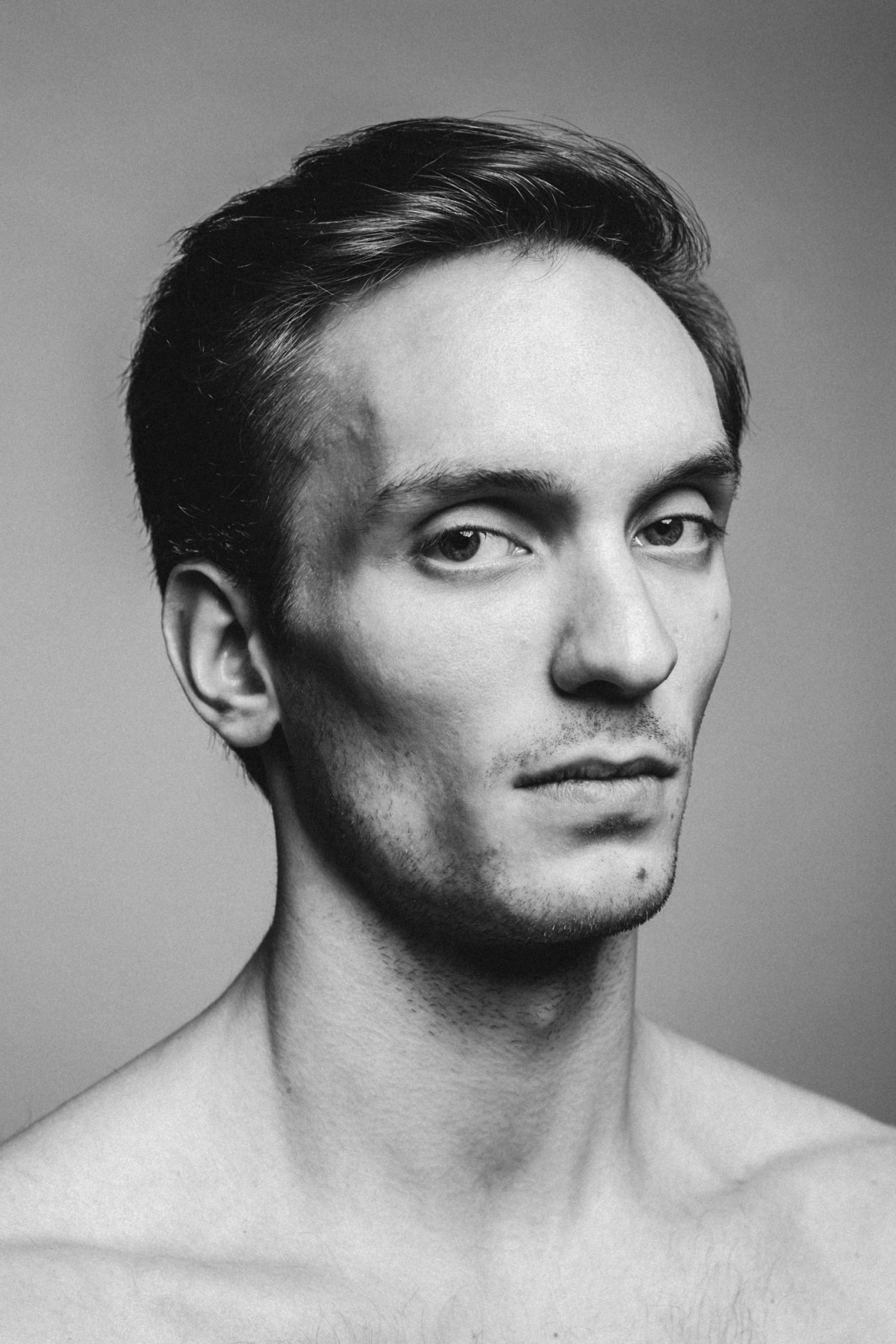