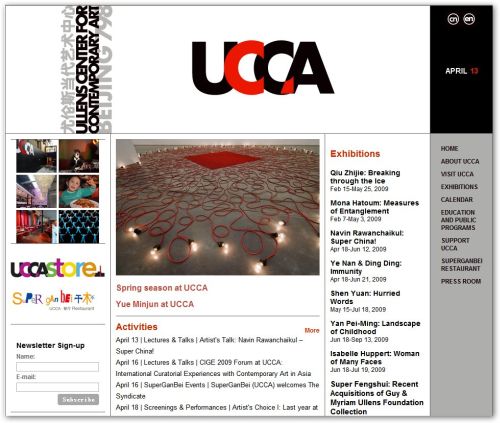 Dance video is a unique art genre that encompasses the aesthetics of dance and video. Following the resounding success of Jumping Frames 2008 in Hong Kong, BeijingDance/ LDTX joins forces with City Contemporary Dance Company (CCDC) and Emergency Lab to present Jumping Frames Dance Video Festival: Beijing at The Ullens Center for Contemporary Art and the French Cultural Center from March 29- April 4, 2009. Jumping Frames: Beijing is part of the 2009 Croisements Festival.

The Opening Film features Coffee With Pina by Israeli director Lee Yanor, revealing scenes behind the rehearsal room of tanztheater guru Pina Bausch. Intimate moments in Pina's universe in the studio are mixed with footage of the performances Aguá and Rough Cut. The film is a selection of Jerusalem Film Festival 2006, 25th International Festival on Films on Arts Montreal 2007 and Centre Pompidou Films de Danse. Lee Yanor will be coming to Beijing for a Meet the Artist section following the screening.

The Competition Section showcases works from all over the world selected by the panelists including Andy Lau (Artist and Film Producer), Ringo Chan (Assistant Artistic Director, CCDC), Gary Chow (Managing Editor, Milk magazine), Teresa Kwong (Director, Hong Kong Independent Short Film and Video Awards), Ip Yuk Yiu (Assistant Professor, School of Creative Media, City University of Hong Kong) and John Utans (Senior Lecturer, School of Dance (Contemporary Dance), The Hong Kong Academy for Performing Arts). Downlove (Program A), one of the award winners, is an interesting and creative fuse of body movement and hilarious social commentary on modern consumerist life. UK’s Diva (Programme B), another award winner, is acclaimed for its set and shooting technique. Delicious Tree (Programme C) from USA is a trio made for the camera inspired by the choreographer's studies on Japanese avant-garde dance company. Various superb finalists' works will also be screened in these programmes.

Jumping Frames: Beijing will highlight Chinese films in a China Dance Video Showcase. This program will bring the audience the most interesting dance videos created by the up and coming driving force of the field in mainland China, Hong Kong and Taiwan. Local directors will be in attendance discuss their work in a post-screening Meet the Artist.

The Closing Film will feature One Day Pina Asked Me, a pioneering dance film by Chantal Ackerman a French director who followed Pina Bausch on a European tour.  A beautiful contrast to the Opening Film, this piece investigates Bausch's world of choreography, rehearsal and performance. This film is provided by the Cinémathèque Française and we are pleased to announce that the director of the Cinémathèque Française, Mr. Patrick Bensard, will be in attendance for a post screening Meet the Artist.

Jumping Frames; Beijing is presented by BeijingDance/ LDTX, City Contemporary Dance Company and Emergency Lab. The festival is pleased to be supported by The Goethe Institute, The French Embassy, and The Israeli Embassy. In addition, Jumping Frames: Beijing is working in partnership with the Croisements Festival, Ullens Center for Contemporary Art and the French Cultural Center. 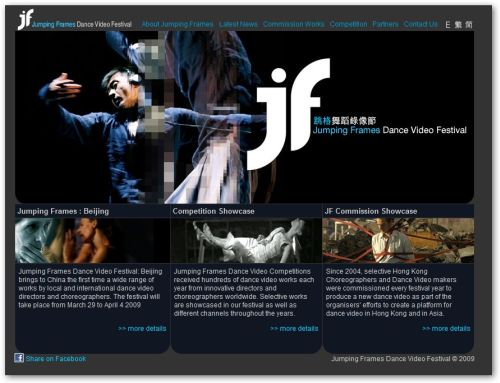 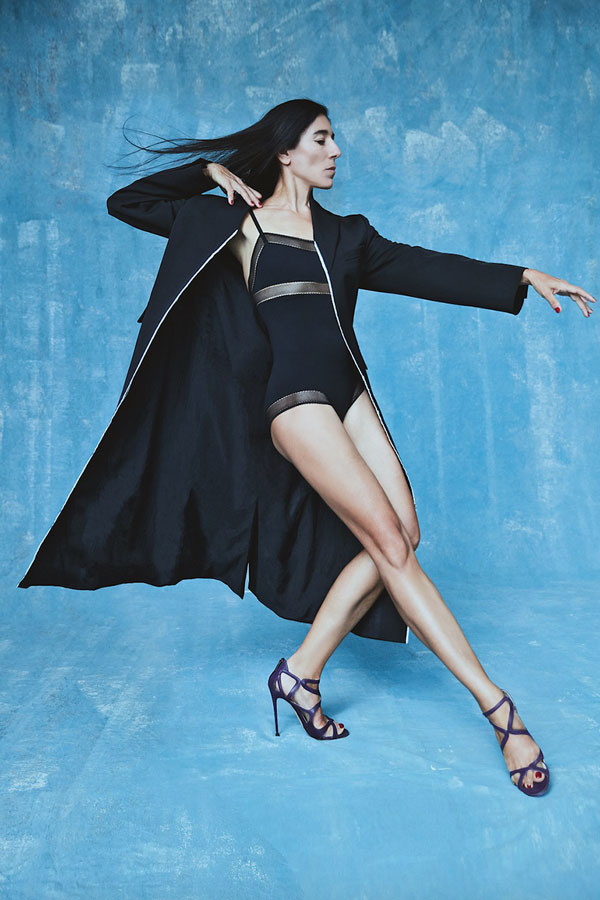