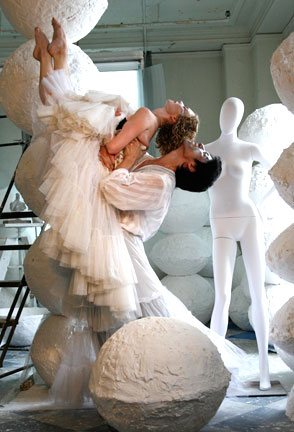 The program will consist of Buglisi's "Sand," set to Philip Glass' brilliant String Quartet No. 5, with set design by Venezuelan environmental artist Jacobo Borges, and inspired by the beauty of the desert and the soil of the earth that we so cherish for our existence.

Also by Buglisi is the group work "Blue Cathedral," set to music by Pulitzer prize winning composer Jennifer Higdon. The choreographer was initially inspired by Magritte's painting "Song of the Violet," his terrifying vision of a world in utter silence.

The program will include two solo dances: featured soloist Ari Mayzick gives a powerhouse performance of BDT repertory favorite "Prelude," and Buglisi's "Against All Odds" (Quand Meme) performed by renowned artist (and Syracuse native) Terese Capucilli. hailed by Anna Kisselgoff in The New York Times as a "powerful dramatic dancer." The tour-de-force solo was inspired by Sarah Bernhardt, whose voice is heard on tape, along with music by Rachamninoff. Ms. Capucilli dedicates this performance to her mother, Theresa M. Capucilli.

TERESE CAPUCILLI (Principal Dancer/Associate Founder, Buglisi Dance Theatre), known around the world, was hailed by legendary Agnes de Mille, who wrote: "She is a performer of prodigious physical prowess and generous personality, of burning passion, with the impact of an unsheathed weapon," from de Mille's book Martha (The Life and Work of Martha Graham) Terese Capucilli was born in Syracuse, the daughter of Dan and Therese Capucilli of Westvale and middle child in a family seven children. She attended St. Cecilia's School and Westhill High School while studying everything from tap to classical ballet with Augstine Skapura in a modest basement studio of Pozzi's bar in Solvay, NY. Her love of all things theatrical was further developed as a member of the St. Cecilian Players, a local theater group directed by Nick Colaneri and Mario DeSantis, and also as a member of the community theater, The Pompeiian Players, directed by Monsignor Charles Bourgononi. In her senior year, Terese continued her dance studies at Syracuse Ballet Theatre's school with Richard Sias and Deborah Boughton, and discovered modern dance with Joni Consroe. Moving on to SUNY/Purchase, where she graduated with a B.F.A., the young dancer had the opportunity of studying with prominent teachers and delving into the works of major choreographers, including Martha Graham, Anna Sokolow, Jose Limon, and others.

After only eight months of studies at the Martha Graham Center in NYC, Terese was invited in 1979 to join the Martha Graham Dance Company. In the years to follow she distinguished herself as a major dancer/actress with the Graham Company, inheriting many of the roles originally danced by Martha Graham herself. She has been hailed in performances around the world, has been featured in numerous video tapes of Graham works, TV appearances, and has been partnered by Rudolf Nureyev and Mikhail Baryshnikov at the Metropolitan Opera House/Lincoln Center.

A principal dancer with the Graham Company for twenty-six years, she became Associate Artistic Director in 1997, and from 2002 to 2005 served as Artistic Director, in collaboration with fellow artist Christine Dakin.

Capucilli is a two-time recipient from the Princess Grace Foundation and was honored with a 2001 Dance Magazine Award. She currently serves on the faculty of The Juilliard School, where she has taught for the last twelve years, guest teaches the Graham technique around the world and stages works by Martha Graham.

JACQULYN BUGLISI. In her four decade long career as a choreographer, artistic director, dancer and master teacher, Buglisi has made an indelible impact on the field of contemporary dance. She is a prolific choreographer, having created more than 65 ballets for BDT and commissions worldwide for the NY Flamenco Festival, Madrid and NY City Center; Shankar Performing Arts Company, India; Shanghai Dance Ensemble, China; Richmond Ballet; North Carolina Dance Theatre; Ailey II; The Juilliard School; and the Martha Graham Dance Company, where, during her 30-year association with the Company, she danced as a principal for 12 years and was featured on the nationally televised Kennedy Center Honors and film An Evening of Dance and Conversation with Martha Graham. Buglisi is Chair, Modern Department at The Ailey School, served on the faculties of The Juilliard School, the Martha Graham School, and the High School of Performing Arts of "Fame" fame, of which she is an alumna. Her many honors include the Fiorello LaGuardia Award for Excellence in the field of Dance, NEA creation grants, and Altria's Women Choreographer Initiative Award. Buglisi serves on Dance/USA's Board of Trustees as Chair, Artistic Director's Council.

BUGLISI DANCE THEATRE defiines a wondrously dynamic lyricism through its deeply physical repertory which is diverse, accessible, and vibrant. Honored with the American Dance Guild Award for Artistic Excellence, and cited in Newsday as "one of the city's most reliable treasures," BDT was founded in 1994 by Artistic Director Jacqulyn Buglisi with Capucilli, Dakin and Foreman, who danced together as principal artists of the Martha Graham Dance Company. In February 2011, BDT marked its 17th NYC season at The Joyce Theater, where it has performed since 1996. World-class production values and theatrical appeal have won the multi-cultural company invitations to the Kennedy Center; Jacob's Pillow Dance Festival; the Sosnoff Theater; Bard College; The Kravis Center; Dance St. Louis; and internationally to theaters in Australia, the Czech Republic, France, Israel and Italy. On September 11, 2011, BDT led over 100 dancers in The Table of Silence Project in a message of peace on the Josie Robertson Plaza at Lincoln Center. Educational programs are core to the company's mission; recent residencies include Cal State University/LB; George Mason University; and, in November 2011, the University of Richmond. 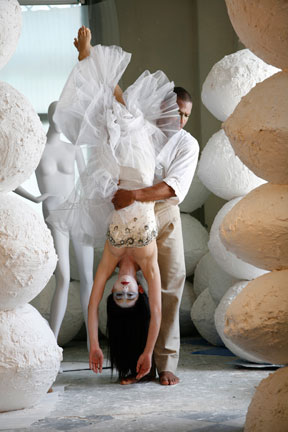 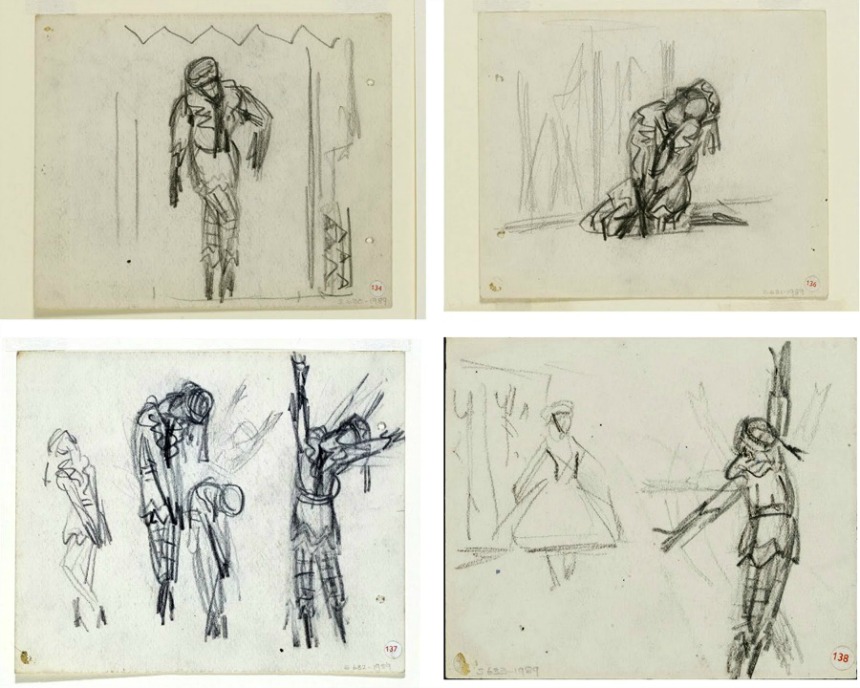 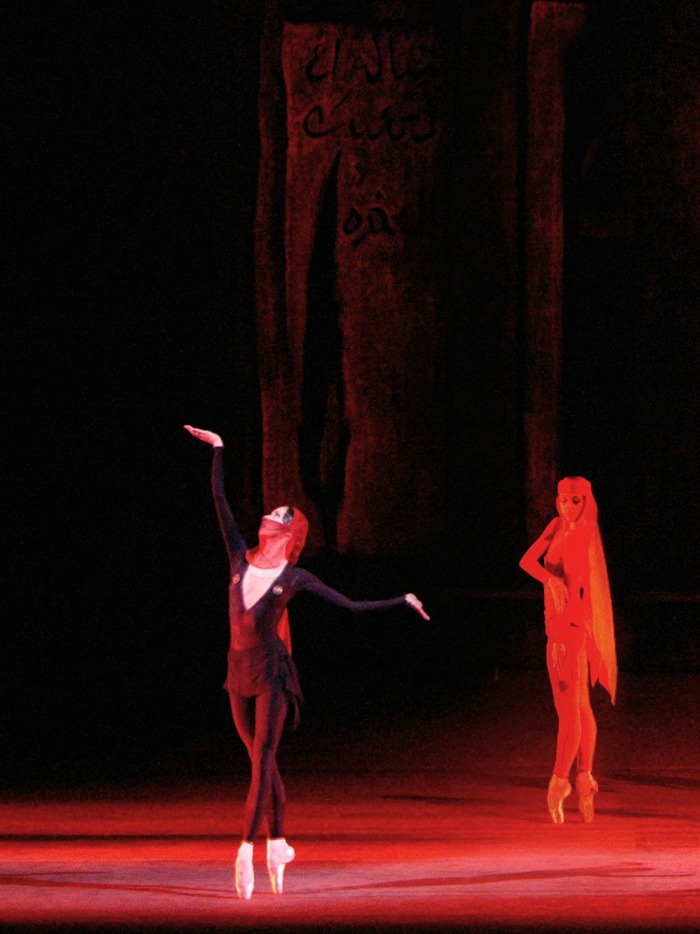