The Solomon R. Guggenheim Foundation and YouTube, the world’s largest online video community, today announced the distinguished jury for YouTube Play, a biennial of creative video presented in collaboration with HP and Intel and conceived to discover and showcase the most exceptional talent working in the ever-expanding realm of online video.

According to jury chair Nancy Spector, “We will be looking for work that will test, elevate, and experiment with video as it is manifest online. We are less interested in what’s ‘now’ than in what’s next.” YouTube Play is open to students and amateur video makers, artists, and creative professionals. Submissions may include animation, motion graphics, narrative, nonnarrative, documentary, and music videos. The jury will review a short list of up to two hundred video works that have been prescreened by the Guggenheim from the pool of videos submitted by the international YouTube community and uploaded to youtube.com/play. From the short list, the jury will select up to twenty that they deem the most creative and inspiring, regardless of genre, technique, or budget. The short-listed videos will be on the YouTube Play channel (youtube.com/play) beginning in September 2010.

On October 21, 2010, the creators of the twenty selected videos and their work will be presented on HP technology at a celebratory event at the Guggenheim Museum in New York. The videos will remain on view to the public October 22–24 in the Tower 2 Gallery of the museum. The videos will also be highlighted for a worldwide audience on the YouTube Play channel at youtube.com/play beginning October 21. In addition, the selected videos will be on view at the Deutsche Guggenheim, Berlin; the Guggenheim Museum Bilbao; and the Peggy Guggenheim Collection, Venice. YouTube Play Blog: The Take The Take, a new blog on guggenheim.org, launched on July 15 to provide a critical, interactive context for YouTube Play. The Take will be updated weekly through November 1 with posts on topics including the history of video art off- and online; online identity and “vlogging”; how museums and art institutions approach online video; and artists’ uses of YouTube. Drawing on the global scope of YouTube Play, the Take will feature a series of guest bloggers to stimulate worldwide discussions among both professional and amateur video makers and enthusiasts. The public is encouraged to read and comment on posts at guggenheim.org/thetake.

YouTube Play is reaching out internationally to local experts through the YouTube Play Friends and Affiliates Program, which includes select artinstitutions, nonprofits, and art schools around the world. Currently, nearly thirty global affiliates from countries including Canada, China, France, India, Israel, Japan, Mexico, the Netherlands, Poland, Sweden, the United Kingdom, and the United States are serving as local representatives of the project by sharing information about YouTube Play with their respective communities. A full list of the affiliates can be found at youtube.com/play.

About the Solomon R. Guggenheim Foundation

YouTube is the world’s largest online video community, allowing millions of people to discover, watch, and share originally created videos. YouTube provides a forum for people to connect, inform, and inspire others across the globe and acts as a distribution platform for original-content creators and advertisers large and small. YouTube, LLC is based in San Bruno, California, and is a subsidiary of Google Inc.

HP creates new possibilities for technology to have a meaningful impact on people, businesses, governments, and society. The world’s largest technology company, HP brings together a portfolio that spans printing, personal computing, software, services, and IT infrastructure to solve customer problems. More information about HP (NYSE: HPQ) is available at hp.com. 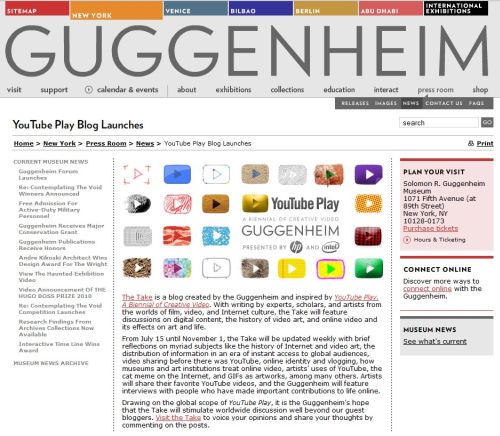 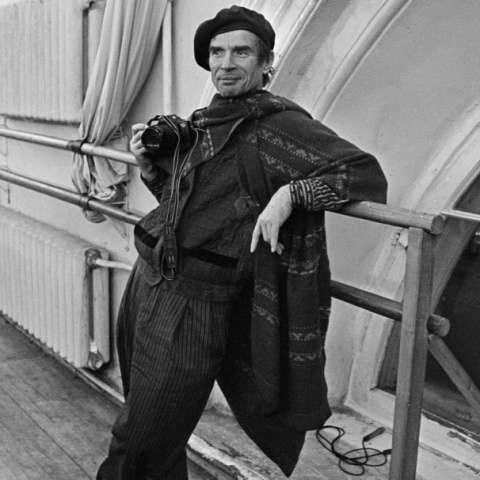