Homage to Maris Liepa in Moscow

Maris Rudolfs Liepa (27 July 1936, Riga – 26 March 1989, Moscow) was a Soviet Latvian ballet dancer. He graduated from Riga Choreography School where he was taught by Valentоns Bпinovs. He performed in Moscow for the first time in 1950. At the height of career, Liepa was considered one of the finest male dancers in the world and one of the most versatile, at home in a wide range of roles.

In 1953 Liepa began studies in Moscow Choreography School in a class taught by Nikolay Tarasov and initially was developing as character-role dancer, yet upon graduation transformed into a classic ballet dancer.

After graduation from Moscow Choreography School in 1955 he returned to Riga and the Latvian Opera and Ballet Theatre. The company of theatre went on road-show to Moscow during December of the same year, where Maris Liepa was noticed by one of the Bolshoi’s prima ballerinas, Maya Plisetskaya. She invited Liepa to join her ballet company on a tour in Budapest in 1956. He accepted the invitation to become a part of the Stanislavsky and Nemirovich-Danchenko Moscow Academic Music Theatre, and after four seasons he became one of the lead artists.

Maris Liepa was invited to become a part of Moscow State Academic Bolshoi Theatre troupe that toured Poland, and shortly after this tour Liepa was offered a place in the company by the Theatre’s Ballet Master Leonid Lavrovsky. Liepa’s debut on the stage of the Moscow State Academic Bolshoi Theatre saw him perform Basil in Don Quixote, again with Maya Plisetskaya in the early 1960s, and shortly after he played the most crucial role of his career – Count Albert in staging of Giselle. Collaboration with the new Ballet Master of the State Academic Bolshoi Theatre Yuri Grigorovich began in 1964. In 1966 Liepa had his first performance in re-staged Fokin’s Spirit of the Rose, in 1968 he played a part in the new version of Spartacus and received the highest accolades for the role of Krass in 1970.

The relationship of Maris Liepa and the Ballet Master of the State Academic Bolshoi Theatre flattened during the 1970s and he remained off the list of performers of the new productions staged by Grigorovich. Liepa danced his last large role with the theater in 1977, in a staging of Chipollino. After leaving, he staged and organized several of his own creative performances and actively cooperated with the new ballet troupe of Boris Eifman.

Liepa submitted a resignation in 1982; however, the end to his ballet and artistic career was to come much later. He worked as a ballet teacher and became the Artistic Director of Sofia National Opera between 1983 and 1985. In 1989 Liepa created his own ballet theatre in Moscow. Repertoire of Maris Liepa included couple dozen roles, from Swan Lake to Spartacus. He has performed on stages of Europe and USA. Liepa has played roles in movies and TV, in Hamlet and Spartacus. A book, I Want to Dance for Hundred Years, written by Maris Liepa, was published in Riga in 1981.

A. Glazunov
Grand Pas from Raymonda
choreography by M. Petipa

C. M. von Weber
The Spirit of the Rose
choreography by M. Fokine
(The piece was restored by Maris Liepa.)

A. Melikov
Mekhmene Banu and Ferkhad adagio
from A Legend of Love
choreography by Y. Grigorovich

General sponsor of the Bolshoi Theatre is Credit Suisse bank 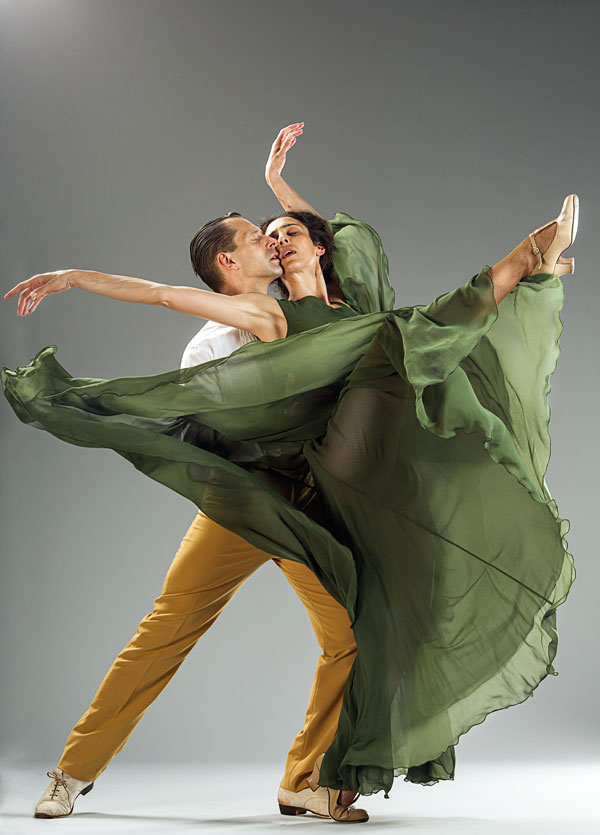