Igor Zelensky, now artistic director at The Stanislavsky and Nemirovich-Danchenko Music Theatre and Novosibirsk Theatre of Opera and Ballet, will become director at the Bayerisches Staatsballett in Munich 1. September 2016.

Igor Zelensky (also Igor Zelenski) is a Russian ballet dancer. He was born in Labinsk. He was a principal at the Mariinsky Ballet from 1991 until 2013. He graduated from the Tbilisi School of Ballet (class of Vakhtang Chabukiani) and trained at the Vaganova academy (class of Gennady Selutsky). He was a principal for five years at the New York City Ballet. He has a wide repertoire including Romeo in Romeo and Juliet and Siegfried in Swan Lake. He has performed around the world, including with the Royal Ballet in London, at La Scala in Milan, at the Bayerische Staatsoper in Munich and with the New York City Ballet. He has danced with many professional ballerinas during his career.

Igor Zelensky: “I dance because my soul yearns to…”

What does it take to be the artistic director of a theatre? Do you have to be a successful entrepreneur, or a vibrant creative personality, a generator of new ideas? And what if you get to run not just one theatre, but two at once? And you really long not only to be in charge but to perform in the productions as well? Not everyone can juggle work as an artistic director and dancer, or cope with a crazy work schedule, but Igor Zelensky, artistic director of the Novosibirsk Theatre of Opera and Ballet and ballet artistic director of the Stanislavsky and Nemirovich-Danchenko Moscow Music Theatre somehow manages to do it all. He glides with balletic grace between the Novosibirsk and Moscow theatres, staging new productions, raising three children, touring all over the world, and bringing new stars to audiences whilst continuing to dance on stage.

Igor Zelensky’s life has not followed the usual, predictable route many other ballet dancers’ lives have. Born in the Krasnodar region, he grew up in Georgia and won a place at the Tbilisi Choreographic School where he studied under the legendary Vakhtang Chabukiani. From there he travelled to Leningrad where he trained at the Vaganova State Choreographic Institute, before going on to dance with the Kirov Ballet, New York City Ballet, The Royal Ballet in London, the celebrated La Scala, and Bavarian State Ballet. Igor is presently a principal at the Mariinsky Ballet. During his career Igor has danced all the leading roles in the ballet repertoire.

What have you done so far in your two years as artistic director of the Stanislavsky and Nemirovich-Danchenko Music Theatre?

When you join a theatre as artistic director, you inherit ready-made plans for the entire season ahead. So the first year I had to complete work planned by my predecessor, Sergei Filin, who’s now the Bolshoi Theatre’s artistic director. Put it like this – I only began introducing various changes at the start of this season. Of course, once I’d joined the theatre, I figured out straightaway what I’d like to do, but these projects have only just got off the ground. At my own discretion, I dropped several projects, and replaced them with, in my opinion, more vibrant productions. I staged French choreographer Roland Petit’s Coppélia, and the ballet won instant acclaim in Russia. But the most important and difficult challenge was to identify what had to be done to remain competitive, captivate audiences, and appeal to young dancers. Naturally, you won’t please everyone – everyone wants the Bolshoi. I’ve shared my personal experience with the dancers – experience acquired little by little during years of working all over the world. And, unfortunately, not all of them have taken it on board. It’s probably the same with any kind of work involving a team – you put everything you’ve got into the work and find it very hard when colleagues leave. It has been a very tough time for me – learning to understand people and their illogical actions at times. In this respect, I’ve found it easier working at the Novosibirsk Theatre of Opera and Ballet. It’s the only theatre in a city with a population of just two million. They don’t have these kinds of problems there. Things are much more complex in Moscow – you have to work much more thoroughly on the repertoire.

What have you staged so far?

I reckoned choreographer Kenneth MacMillan’s ballets would go down well in Moscow, so I put on Mayerling, especially mindful of the theatre’s profile as a drama theatre, too. We’ve also staged the dance drama Ivan the Terrible – and made a success of it too, in my opinion, and conveyed the power play by getting the history right.

What plans do you have at the Stanislavsky and Nemirovich-Danchenko Theatre?

Right now rehearsals of Minkus’s La Bayadère – the Natalia Makarova version – are in full swing. I’ve changed the ending slightly for the Moscow production. As I see it, ballets such as Giselle, Swan Lake, and Don Quixote are quintessential ballet classics. They always captivate audiences, and this is the repertoire that keeps all the dancers in top shape. The theatre has a lot of projects. Irina Alexandrovna Chernomurova, the head of international projects, does a first-class job organising the theatre’s tours. Those ballets which had been staged before me and had won international acclaim have, of course, remained in the theatre’s repertoire. Next year we plan to stage the ballet Wings of Wax of Jiri Kylián and have a go at Manon.

And who will be dancing it? It’s quite a complex ballet, after all.

There are a lot of good dancers in the theatre company. I try to give the people I work with a lot of attention. In fact, it’s a fairly common misconception that the most important thing is to have well-known soloists. Experience has shown that if you have a good corps de ballet and a good repertoire, it’s easier to find soloists.

When you’re on tour in Europe, aren’t you afraid that many of your dancers will try to get work in theatres over here?

No. That sort of thing used to happen in the 90s, when dancers were very hard up, and there wasn’t any work and the repertoires weren’t any good, and theatres over here offered attractive terms. A lot has changed now. And there are perfectly decent contracts in Russia, and opportunities for career growth. I live in that world, and still dance and know first-hand what a dancer’s life is like. I do what I can to help the people I work with.

Is it hard combining work as artistic director and performing on stage?

Of course it is. But then, what is easy in this world? And dance is a discipline. If I could stop dancing, I would.

So why do you dance then?

Because my soul yearns to. And as artistic director I have to think not only about myself but about strategy as well – the theatre and audiences’ needs, and how to help the dancers. I have to do everything.

Do you need more rehearsals now to keep in shape?

Rehearsals are a constant element in a ballet dancer’s work. I remember going to New York and Mikhail Baryshnikov saying to me when he saw me: ‘You’re still dancing then, Igor’. What can you say to that? ‘And so are you, Misha’? He’s over 60, after all. You see, it simply can’t be otherwise. And I’m not exaggerating. It makes perfect sense that constant training and rehearsals become essential to maintain physical fitness. For a ballet dancer, even two years make a big difference.

And have you got dancers to Moscow from Novosibirsk, Igor?

I’ve a lot of dancers from Krasnoyarsk and Perm working with me, but some are from Moscow as well. Dancers will want to work if a theatre has the right repertoire, profile, and terms.

Are you planning to stage something modern?

Yes, of course, we’re planning to stage ballets choreographed by William Forsythe, Jiri Kylian, and John Neumeier. I also want to try working with new choreographers. I really love contemporary art, and we are also working in this area. But the classics have always been there, and always will be. Besides, it’s not that easy for dancers to make the transition from a classical to a modern repertoire, as it involves entirely different physical exertion. Different muscles get used in modern dance – it’s a completely different technique. Dancers can end up getting injured doing the leaps involved. But young dancers want to have a go, of course. I’m all for an individual doing as he or she sees fit.

Is it hard combining work in Novosibirsk and Moscow?

Yes, it’s tough, but, as I’ve already said, not everything is all that easy. Everything that’s been planned in Moscow till 2016, should happen. I don’t like looking too far into the future. Things change, and Man proposes, God disposes. It’s hard to see into the future – I don’t like planning many years ahead – a couple of years is plenty.

Have you and your family moved to Moscow?

Yes, my wife and children live in Moscow. When we only had one daughter, things were easy – she grew up backstage at the Novosibirsk Theatre. In those days I was dancing with the Mariinsky Ballet and travelling to Novosibirsk. But then we had to leave. My younger daughter and son were born in Moscow.

The fact that you’ve started mentoring and working with Sergei Polunin has been brilliant news. There was an uproar when he suddenly went and left Covent Garden, and it looked like a disaster for his career. Now Sergei has such an experienced and thoughtful comrade and mentor, hopefully everything will turn out fine for him now.

That’s all in the past. Everything’s fine with Sergei now. I don’t want to sound bombastic, but that guy was born to dance. He has talent on an immense scale. And he mustn’t be lost. But things are always difficult with stars. I feel tremendously happy to have got him to join our company.

Do you find it easy working with the dancers?

It can sometimes be hard emotionally. I have to watch a great many rehearsals – watching mistakes is difficult. Maybe I set the bar very high, but I give 100 percent of myself in my work. I have authority as a dancer who has been there and done it all. I’m tough, but fair. (Laughs.) You see, if the dancers perform badly, it’s going to affect me.

It’s hard to say. We’ll see. I want them to develop versatile skills. Their mother (Yana Serebryakova used to dance with the Mariinsky. – Ed.) and I have been through it all ourselves. It’s no joking matter – it affects your whole life. My elder daughter is already appearing on stage in Esmeralda – and really loves performing on stage, but right now it’s hard to say what she’ll decide to do in the end.

Which productions are you dancing in?

I’m in Mayerling at the moment, but I’m also doing tours abroad.

What do you think needs to be done to get tourists visiting Moscow to go to the Stanislavsky and Nemirovich-Danchenko Music Theatre as well as the Bolshoi?

First, the Bolshoi is the country’s main theatre – it will always be popular. No matter what’s on there, it’s always a sell-out. I don’t even set myself the goal of getting people to come to my productions because of the theatre’s name. I want to enchant the public with our productions, dancers, costumes, and quality. I don’t even experiment – I simply do my job – I’ve done enough experimenting in my time. 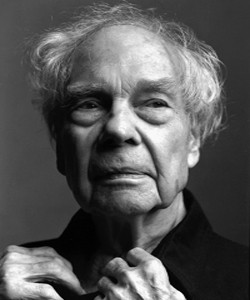