Warner Classics is delighted to announce that José Serebrier has now started to record a cycle of the complete Dvorák symphonies with the Bournemouth Symphony Orchestra. Volume 1, to be released in September 2011, includes Symphony No. 9, “From the New World", the Czech Suite and two Slavonic Dances. Volume 2, to be released early in 2012, will include Symphony No. 7, In Nature’s Realm and Scherzo Capriccioso.

José Serebrier has a special affinity with Slavic music and has already recorded all the Borodin symphonies, music by Tchaikovsky, Janácek and Rimsky-Korsakov and an outstanding live performance of Rachmaninov The Bells, as well as the complete symphonies and concertos of Glazunov.

This must be one of the finest performances of The Bells ever recorded …. enthralls from start to finish… Classic FM Magazine

"The bells toll to welcome a great new live recording from Moscow …. A terrific performance…” Gramophone

“This set [complete Glazunov concertos] is a godsend” Daily Telegraph

José Serebrier has been working with the versatile Bournemouth Symphony Orchestra for many years, and their successful partnership has produced a number of outstanding recordings, including a cycle of Stokowski transcriptions which has received several Grammy nominations.

José Serebrier was taught by Pierre Monteux and Antal Dorati, and was mentored by many legendary conductors including Leopold Stokowski at the American Symphony Orchestra at Carnegie Hall (as his Associate Conductor) who hailed him as the “greatest master of orchestral balance” and George Szell at the Cleveland Orchestra (as Composer in Residence). Serebrier has been hailed by the New York Times for the “great intensity, precision and clarity” which he brings to his music-making. One of today’s most recorded classical artists, José Serebrier’s recordings have received 38 Grammy nominations and numerous international awards, including the Latin Grammy for "Best Recording of the Year", and the Grand Prix du Disque in France, among others.

José Serebrier is currently touring Europe and the USA, and in the UK has been invited to conduct the Royal Philharmonic orchestra in an all-Gershwin concert on 30th September 2011 at Cadogan Hall. For full details please see this link: www.cadoganhall.com 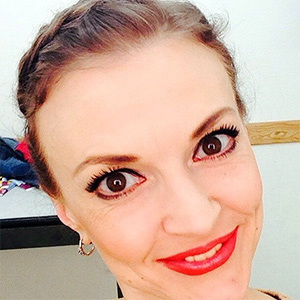