Cléopâtre – Ida Rubinstein is choreographer Patrick de Bana’s tribute to the enigmatic actress/dancer Ida Rubinstein (1885-1960) and star of Sergei Diaghilev’s Ballets Russes who danced in the title role during the company’s Paris season of 1909. Ida danced with the company for two years and left in 1911 to form her own company. Adored for her luminous stage presence as much as her dancing, Ida quickly became a popular Belle Epoque figure in the arts world as well as a generous benefactor. Details of her personal life have remained sketchy through the decades and de Bana draws on history and urban myth to create the mysterious, glamorous world of Ida as she rehearses and performs what was to become her greatest role.

Cléopâtre – Ida Rubinstein recounts the story of the creation of Cléopâtre by Fokine in 1909; De Bana has chosen music by the great composers who collaborated regularly with the Ballets Russes such as Stravinsky, Rimsky-Korsakov, Glazunov, Faure and Ravel; in addition he has employed the music of Omar Faruk Tekbilek, the renowned Turkish flautist and one of the world’s foremost exponents of Middle Eastern music whose compositions give de Bana’s ballet a beautiful, mysterious extra dimension. The London premiere will feature Ilze Liepa, (above) sister of Andris, in the title role. Full company details will be announced early 2013.

Le Spectre de la Rose is based on a poem by the French Romantic poet and dramatist Theophile Gautier with music by Carl Maria von Weber, one of the first significant composers of the Romantic school. Choreography is by Fokine and set and costume design by the revolutionary and celebrated artist/designer Léon Bakst. The work, which Ballets Russes premiered in 1911 at the Théâtre de Monte Carlo, tells the story of a debutante – originally performed by Tamara Karsavina – who falls asleep after her first ball and dreams that she is dancing with the rose – Vaslav Nijinsky in the original – that she has been holding in her hand. Her dream ends when the rose escapes through the window. Andris and Ilze Liepa’s father, Maris Liepa, was considered to be one of the finest dancers of his generation; a principal soloist with the Bolshoi Ballet, he performed in Moscow for the first time at the age of 14. During his time with the Bolshoi, Maris famously revived Fokine’s choreography for Le Spectre de la Rose, and performed the title role many times. It is his version that Andris Liepa is bringing to London in 2013.

Scheherazade is a symphonic suite composed by Nikolai Rimsky-Korsakov in 1888 based on One Thousand and One Nights (also known as The Arabian Nights). Classically exotic and influenced by the dazzling colours and costumes of the Far East – thrillingly fashionable and excitingly new in the history of Imperial Russia – the music for Scheherazade is used in a ballet by Fokine in a racy tale of entrapment, betrayal and murder. In 1993 Andris Liepa set about restoring Scheherazade with the help of Fokine’s granddaughter, Isabelle Fokina. The restored ballet – along with Petrushka and Firebird were filmed and the result, ‘The Return of Firebird’, was an award-winning feature film directed and produced by Andris Liepa. In 2002 Andris brought Scheherazade to Rome’s Opera House and premiered the production in London in 2011.

Chopiniana is a dreamy, romantic ballet blanc that was born in St Petersburg in 1907 and moved to Paris in 1909 under the new name of Les Sylphides. Fokine’s original choreography, set to music by Chopin, was introduced to the public in 1893 and conducted by Rimsky-Korsakov. ”The evening is a choreographic homage to my father,” saya Andris Liepa. “Chopiniana was his favorite ballet. Our version recreates the designs by Ballets Russes costume and set designer Alexandre Benois.”

The Polovetsian Dances are perhaps the best known selections from Alexander Borodin’s opera Prince Igor (1890) and are often played as a stand-alone concert piece. The opera was left unfinished at Borodin’s death and was subsequently completed by composers Rimsky-Korsakov and Glazunov. The first dance follows The Chorus of the Polovtsian Maidens which opens the act and is followed by Konchakovna’s Cavatina. Andris’ sister Ilze will dance the lead role in a staging that uses replicas of the costumes designed by the Russian painter and philosopher Nicholas Roerich for the original production.

The Firebird is a ballet and orchestral concert work by Stravinsky written for and successfully premiered at the 1910 Paris season of Ballets Russes with choreography by Fokine. The ballet is based on Russian folk tales of the magical glowing bird of the same name that is both a blessing and a curse to its captor. Stravinsky was a virtually unknown composer when Diaghilev recruited him to create works for the Ballets Russes; The Firebird was his first project.

The Art of Revival

The names of Diaghilev, Fokine, Nijinsky and many other leading lights of Russian ballet were dimmed in their native country for decades after they chose to stay in the West following the 1917 Revolution. Andris Liepa has devoted a large part of his career to resurrecting the Russian Seasons ballets in their original form, together with the Kremlin Ballet troupe and other international ballet stars.

“After the Revolution,” explains Liepa, “virtually all the works went to the West, and the best representatives of Russian culture – all the artists, composers, choreographers – all went to the West. Very few remained and those who did couldn’t officially say they were the heirs to artists such as Mikhail Fokine. The idea of reviving and bringing these artists and wonderful works back to life, and particularly back to Russia where they began, started on my birthday, January 6th 1991; I decided to visit Diaghilev’s grave on the island of San Michele near Venice. The place was deserted. I saw the shoes dancers leave on his grave and I felt I had to give something too, so I danced my father’s version of Diaghilev’s Le Spectre de la Rose. Only in 1992, thanks to the Lunacharsky Library (now the St Petersburg State Theatre Library) was I able to see the things that Fokine had had sent to Leningrad. They hadn’t been seen by anyone since 1957. When Perestroika happened, I was the first person allowed to see these unique things.”

PATRICK DE BANA: Born in Hamburg to a German mother and Nigerian father, ballet dancer and choreographer Patrick de Bana (left) studied at the Hamburg Ballet School before joining the Béjart Ballet Lausanne in 1987 where he quickly became principal dancer. He left Béjart Ballet Lausanne in 1992 in order to join the Compania Nacional de Danza of Spain – National Dance Company of Spain – (directed by Nacho Duato) where he stayed as principal dancer for ten years. His repertoire included works by Nacho Duato, Jiri Kylian, Ohad Naharin, William Forsythe, Mats Ek and more; he also began developing artistic ties with the world of flamenco. In 2003 Patrick formed his own company, Nafas Dance Company and won awards for Best Male Dancer and Best Dance Performance from the Generalitat of Valencia. “Nafas means ‘breath’ in Turkish,” says Patrick. “I gave my company this title because breath is life. After my years with the Spanish National Dance Company I wanted to express myself in a new and unique way of my own; I wanted a new breath, a new soul.”

Patrick worked with the renowned Spanish film director and photographer, Carlos Saura, choreographing and performing in the tango film ‘Iberia’ (2004) and the fado music and dance documentary ‘Fados’ (2006). In 2007 Patrick continued his passion for fado when he toured Europe with the internationally acclaimed fado singer Mariza and for flamenco when he toured with the world famous flamenco star Eva La Yerbabuena. Patrick has performed all over the world and has choreographed many ballets including ‘Aman’, a ballet inspired by the Greek myths of Penelope and Ulysses; ‘Kelmady’, about the cyclical nature of waiting; ‘Creatures’ which the Tokyo Ballet premiered in 2010; ‘Jane Eyre’ which premieres in Shanghai in October 2012 and ‘Cleopatre – Ida Rubinstein’ which premiered at the Theatre des Champs-Elysees in Paris this year and which will make its London premiere at the Coliseum in July 2013.

ANDRIS LIEPA was born in 1962 into a famous artistic family; his father Maris Liepa was one of the Bolshoi’s legendary dancers. Andris trained at Moscow Ballet School and then joined the Bolshoi Ballet Company, dancing the lead role in many productions including The Nutcracker, Sleeping Beauty, Giselle, Swan Lake and many more. In 1988 Andris became the first Russian dancer who was officially allowed to work in a foreign company; he subsequently appeared as a guest artist with New York City Ballet and then ABT for whom he interpreted Siegfried in Baryshnikov’s version of Swan Lake, and danced in Kenneth Macmillan’s Romeo and Juliet and in Balanchine’s Violin Concerto. He has also appeared with Maurice Bejart’s Ballet of the 20th Century and was a permanent guest soloist with the Kirov Ballet. Andris has won prizes at many international competitions; he is the author of the film project The Return of the Firebird for which he revived three legendary masterpieces by Fokine: Petrushka, Firebird, and Scheherazade. In addition to dancing the lead roles in all three ballets, he was also producer and director.

Together with his sister Ilze, Andris founded the Maris Liepa Charitable Foundation. He is the inspiration and director, manager and producer of The Russian Seasons of the 21st Century. 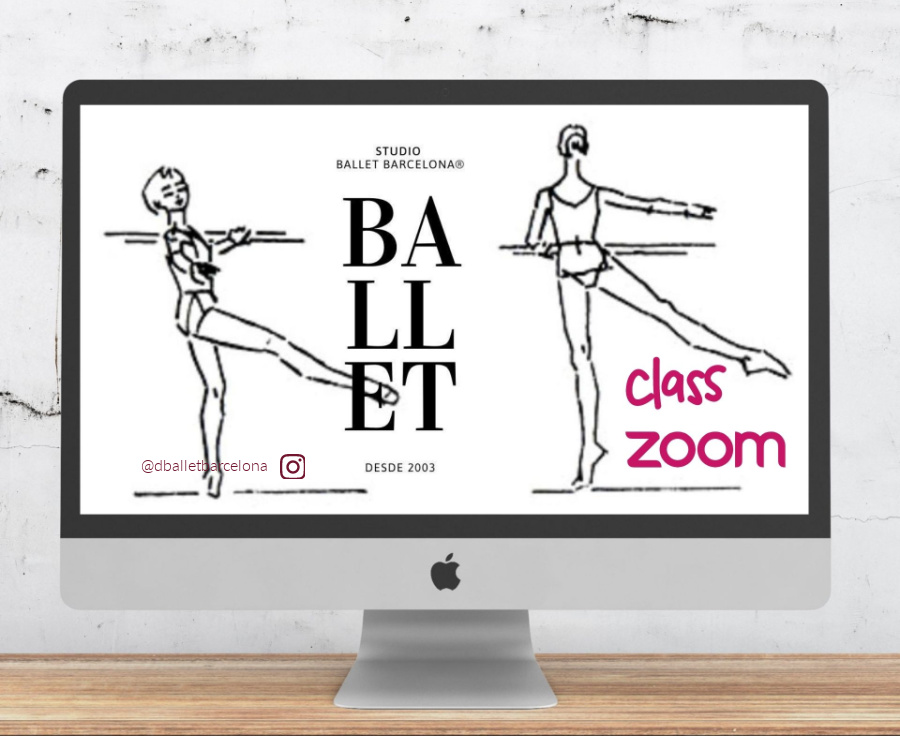