The Limon Dance Company presents a revival of the 1958 «Mazurkas,» out of the Company’s repertory for twenty years. Restaging is by Sarah Stackhouse, and the Chopin music will be played live by Venezuelan pianist Vanessa Perez.

The Limon Dance Company presents a revival of the 1958 «Mazurkas,» out of the Company’s repertory for twenty years. Restaging is by Sarah Stackhouse, and the Chopin music will be played live by Venezuelan pianist Vanessa Perez.

The exquisite suite of dances was created by Jose Limon as a tribute to the heroic spirit of the Polish people – the original title, in fact, was «DANCES (in honor of Poznan, Wroclaw, Katowice and Waszawa»). Limon’s most famous masterwork, «The Moor’s Pavane,» will also be on the program, and the delightful «Come With Me,» a special commission with choreography by Brazil’s Rodrigo Pederneiras and music by Paquito D’Rivera.

Carlye Eckert and John SorensenJolink, artists in residence at Judson, will premiere their collaboration «RescYou,» a duet that centers around the relationship of two friends before and after a disaster that leaves them stranded on an emergency life raft. With this new work, the couple will transform the historic sanctuary of Judson Church into a vast ocean in which time, memories, and daily life cease to exist. Lifelong friends, both hailing from Portland, Oregon, Eckert & SorensenJolink’s combined credits include two Twyla Tharp Broadway shows, and the companies of Jonah Bokaer, John Jasperse, Jack Ferver, and Tino Sehgal, among others.

Alessandra Belloni, world famous percussionist/singer and specialist in Southern Italian dance, music, theater, and traditions, presents her large company in a new version of «Tarantella – Spider Dance,» a rich and fascinating trip to ancient Southern Italy. We follow a «tarantata,» a woman bitten by a tarantula, as she is taken by Dionysus to the Shaman for a cure and an exorcism tarantella. Cast includes guest percussionist Massimo Cusato of Calabria, Italy, and musicians on recorder, piccolo, flutes, guitar, violin, percussion, along with fire, stilt, aerial, and tarantella dancers. A unique and well-researched spectacle!

February 1 at 1:30 PM at the Walter Reade Theater, 165 W 65 St, presented by the Film Society of Lincoln Center and Dance Films Association:

Carla Maxwell, Jim May and Deborah Zall are featured in a program entitled «Passing the Torch: The Legacy of Jose Limon and Anna Sokolow,» with films and conversation about preserving the works of the two great modern dance choreographers.

Azul Dance Theater/Yuki Hawegawa will perform «Elements» (their November 2012 season was postponed due to Hurricane Sandy), featuring choreography by director Hasegawa, along with Kanako Yokota, and twin sisters Hsiao-Ting and Hsiao-Wei Hsieh.

Buglisi Dance Theatre in a 20th Anniversary Season with 3 World Premieres by Jacqulyn Buglisi, one premiere by Katarzyna Skarpetowska, excerpts from Nacho Duato’s «Arenal,» and performances of Buglisi classics «Suspended Women,» «Requiem» «Rain,» and others. Martine van Hamel and Charles Askegard will guest. 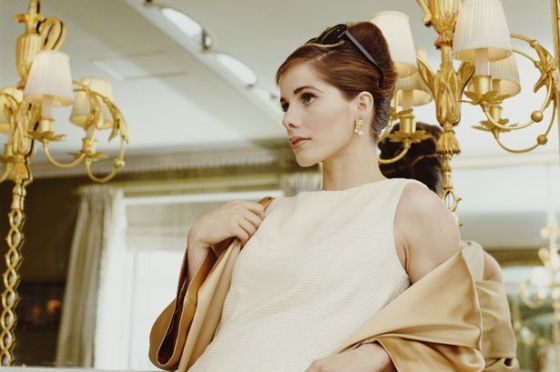