The Festival opens on May 25th with a premiere at the Mariinsky Theatre. Modest Mussorgsky’s opera Boris Godunov in its original version of 1869 will be staged by the famous British director Graham Vick, an Artistic Director of the Birmingham Opera Company. Valery Gergiev is the musical director of this production and will conduct on the opening night as well as additional performances of the opera during the Festival on May 26th and June 26th.

On June 1st, the first calendar day of summer, Mariinsky Theatre Opera Soloists, Chorus and Orchestra conducted by Valery Gergiev will present a concert performance of Les Troyens, a grand epic opera by Hector Berlioz. The music of this opera naturally combines the strength of truly exciting orchestral playing, impressive large-scale choral scenes and the beauty of human’s voice that enjoys a charm of the French language. This opera will be performed at the Mariinsky Concert Hall.

May 31st and June 28th will see performances of Modest Mussorgsky’s opera Khovanshchina at the Mariinsky Theatre in a legendary production by Leonid Baratov of 1960, staged in the classical traditions, using best means of expression in the style of realism. Mussorgsky’s real masterpiece, “national musical drama”, in the repertoire of the Mariinsky Theatre his opera performed in the version orchestrated by Dmitri Shostakovich, which enriches this dramatic work, revealing its great scale and depth.

From June 2nd to 7th, the Mariinsky Concert Hall and the Jaani Kirik Concert Hall (St John’s Estonian church, situated next to the Mariinsky Concert Hall) will host a series of concerts that feature works by contemporary composers. These concerts are combined into a festival of contemporary music New Horizons, a kind of “Festival within the Festival”. These concerts will see performances of works by Alexander Raskatov, Thierry Escaich, Henri Dutilleux, Giya Kancheli, Valentin Silvestrov, Alexander Knaifel, Erkki-Sven Tüür, Nikolai Korndorf, Boris Tishchenko et al.

On June 6th and 7th, the stage of the Mariinsky Theatre will see a premiere of George Balanchine’s ballet A Midsummer Night’s Dream, set to the music by Felix Mendelssohn, based on the comedy by William Shakespeare. Balanchine’s A Midsummer Night’s Dream, which was premiered in 1962 by the New York City Ballet, was choreographer’s first production of a grand ballet in the United States. In this work, Balanchine uses the canons of neoclassical choreography, developing and demonstrating their viability in the plot of the story-ballet.

At the Festival, Valery Gergiev will conduct a pair of operatic productions that received their premieres at the Mariinsky Theatre this season: Pelléas et Mélisande by Claude Debussy staged by Daniel Kramer (June 8th) and Les contes d’Hoffmann by Jacques Offenbach staged by Vasily Barkhatov (June 11th).

One of the central Festival events is a solo recital by Anna Netrebko that will be held at the Mariinsky Theatre on June 14th. In a special Gala-performance, she will be accompanied by the Mariinsky Theatre Orchestra conducted by Valery Gergiev. The concert will include arias and vocal scenes from Anna’s wide operatic and concert repertoire.

On June 20th, the Mariinsky Concert Hall will host a performance by an outstanding pianist Denis Matsuev, a longtime partner and great friend of the Mariinsky Theatre who participated in numerous concerts, festivals, tours and recordings of our theater. He will present a program Denis Matsuev and his friends, which features his fellow musicians that will play along with Denis himself: violinists Sergei Krylov and Boris Brovtsyn, violist Julia Deyneka and cellist Alexander Buzlov.

On June 16th, 17th & 23rd, the stage of the Mariinsky Theatre will once again host Final Graduation Performances of the Vaganova Academy of Russian Ballet. Many of the graduates of the Academy of Russian Ballet decide to become a part of the Mariinsky Ballet, which has a strong proven reputation of a professional team with the highest standards of quality.

On June 24th and July 9th, in a pair of performances of Giuseppe Verdi’s opera Attila that received its premiere at the Stars of the White Nights Festival two years ago in a production by Arturo Gama, some of the finest world-class opera singers will share the stage of the Mariinsky Theatre along with the members of the Mariinsky Opera: Anna Markarova and Maria Guleghina, Ildar Abdrazakov and Ferruccio Furlanetto et el. will perform leading parts in a pair of performances conducted by Valery Gergiev.

For three nights, on July 4th, 5th & 6th, Christian Blackshaw will perform a complete cycle of piano sonatas by Wolfgang Amadeus Mozart. Highly acclaimed British pianist, whose playing combines tremendous emotional depth with great understanding and, in the words of one London critic, “sheer musicality and humanity”, recently presented present the cycle of Mozart’s piano sonatas at the Wigmore Hall in London.

Famous instrumentalists, each reflecting their individuality and unique style, will perform during the Festival at the Mariinsky Concert Hall together with the Mariinsky Theatre Symphony Orchestra conducted by Valery Gergiev. These are pianists Markus Schirmer, Nikolai Lugansky, Igor Tchetuev, Daniil Trifonov, Yuja Wang, Nobuyuki Tsujii, violinists Leonidas Kavakos and Janine Jansen, as well as Geir Draugsvoll on bayan and Evelyn Glennie on percussion. 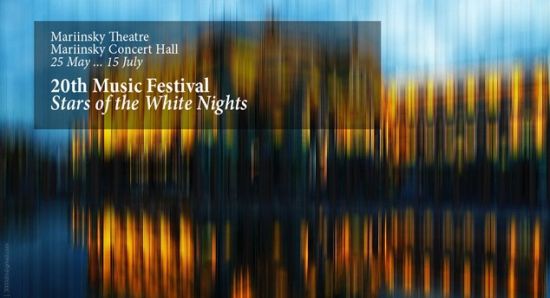 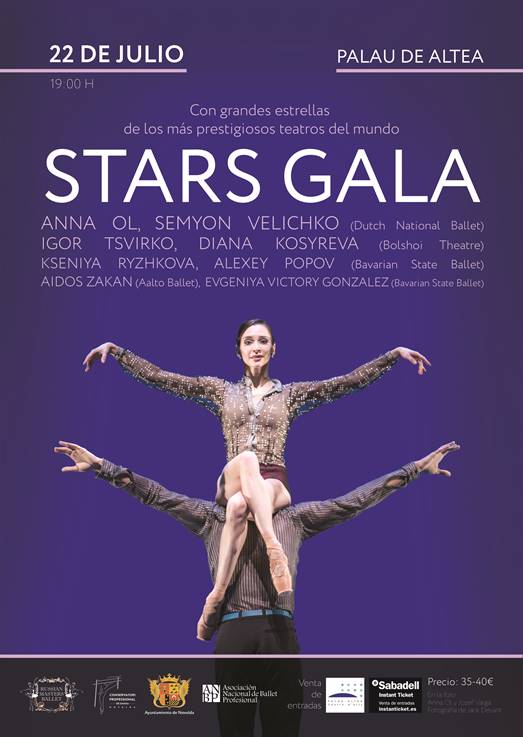