Natalia Osipova: ‘Always, some people love it, others hate it’

The acclaimed Russian classical ballerina talks about striking out in new directions in her upcoming programme at Sadler’s Wells.

Here is the hint of culture clash as I enter the doors of Studio Wayne McGregor, the choreographer’s startling new east London dance space, to meet Natalia Osipova, the distinguished Russian ballet dancer who has settled in London to wow audiences with her thrilling performances on the Covent Garden stage.

Osipova is revered for her charismatic and technically assured interpretations of classical ballet’s most demanding roles; McGregor’s new edifice is in tune with his sharply contemporary work. The reception area contains a couple of beautiful chairs, a glass table and wall, and a staircase that looks like it will lead into mid-air, which is fine if you can jump, and land, like a dancer, but otherwise a little scary.

We negotiate the optical illusions, and sit, with an interpreter, in one of the high-ceilinged rehearsal spaces. The studio, an early participant in the “Here East” cultural project in the Queen Elizabeth Olympic Park, is a testament to London’s forward-looking arts scene, of which McGregor is one of the finest advocates.

Osipova, trained in the Russian balletic tradition, has based her success on the past: those famous pieces that have evolved over decades and continue to be taught with historical rigour.

Yet it makes sense to be sitting here. Osipova is working on her own, handpicked programme, Pure Dance, opening next month at Sadler’s Wells. Her curation is studiedly eclectic. There are five works, which include collaborations with one of her favourite dance partners, the American Ballet Theatre principal David Hallberg, as well as with choreographers Roy Assaf and Iván Pérez, rising talents in the contemporary dance world.

“I love to work with different types of people, in terms of dance, and in terms of choreography,” she says with palpable excitement. “Most classical companies work in styles which have been established over many years. I really like to try new things. There is something in my personality that makes me want to start new projects.”

She would surely be forgiven if she were to tread carefully. Her last venture at the same venue in 2016, which similarly attempted to break new ground, received mixed reviews, some of which were imbued with a sense of betrayal, that she should “waste” her extraordinary talents on material that was not worthy of her.

“A lot of people in ballet are quite condescending towards other forms of dance,” she responds feistily. Osipova is pale and slightly built, but strings together strongly held opinions with great intensity. “They look down on contemporary dance, but I believe all genres can be very beautiful in their own way. It is not that there is something special about ballet, I don’t see it that way at all. Many of the strongest emotions that I have had watching dance have been watching something other than ballet.”

She makes clear that criticism is not going to bother her in the slightest. “Even in my classical pieces, I always try to change something. And always, some people love it, others hate it. It has always been that way, even when I was at school.”

All that being said, Osipova is playing slightly safer this time by anchoring the evening with classical works featuring two of her closest collaborators. One of them, Hallberg, will join her for three of the pieces, including a pas de deux from Antony Tudor’s The Leaves Are Fading; the other, Alexei Ratmansky, former director of the Bolshoi Ballet, has written a new commission for the pair.

“Alexei took me from school to the Bolshoi [Osipova joined the company at the age of 18 in 2004] because he believed in me. If it hadn’t been for him, my career would not have turned out in the same way. It was one of the best times for the Bolshoi, when he was artistic director [between 2004 and 2008]. It was a breath of fresh air. He encouraged young dancers, brought in new choreographers, new styles.”

I ask Osipova about her departure from the Bolshoi in 2011, for what was said to be a hankering for greater artistic freedom.

“It is not that I wanted to break out of ballet,” she says hastily. “I love ballet. But it is hard to be a ballet dancer in Russia. There is this conservatism, when you perform a classical piece, nobody wants to see anything new, and that often irritated me.

“When I did Giselle, for example, I would always hear, ‘check what [Galína] Ulánova does’, but more and more I would ask myself, why do I need to follow that particular pattern?”

What answer did she receive?, I ask

“Tradition. Each role in ballet has certain elements in it which have been brought in by certain people, and it becomes mandatory that they stay there.” The system, she says, gave her few chances to follow her gut. “I had some problems with the management, I wanted to dance a different repertoire, it became a bit boring for me, so I decided it was time to go.”

It must have been difficult, I say; her rapturously acclaimed performances in Giselle alone must have tempted her to go on dancing the role all her life?

“Nooo!” she replies, and crumples her body with comic exaggeration.

She joined the ABT in New York in the same year that Hallberg made the reverse journey, becoming the first American to join the Bolshoi as a principal. But the two were brought together by Ratmansky for performances in New York of The Sleeping Beauty and Romeo and Juliet, and a great partnership was born. Did they feel it straight away?

“Instantly. From the first rehearsal. It is almost like love: you don’t know where it comes from, you can never predict it, but something wonderful suddenly happens. Sometimes you can really like someone, then you start dancing and . . . nothing happens.” She gives something close to a girlish giggle. “I watched some old videos of David and me dancing, and I realised how well he knew me. Not the me that everyone sees, but the me that only he would know.”

I ask her about the technical challenges of combining classical and contemporary dance, and she all but laughs them away.

“When you dance on pointe [shoes], it feels like you are some heavenly creature, and when you take them off, you automatically feel more grounded. But it is not a problem for me. I like to experiment. It can be tough. Sometimes I end up smashing my knees. But it is interesting to see what happens to my body.”

Right now, she says, she is loving being the “motor” for the forthcoming production that she hopes will bring some of her classical fans to Sadler’s Wells.

“I am the one who is driving everything, and everyone is, ‘Yes, Natasha!’ They rarely say no to me, so I guess I must be doing something right.”

What if they say “No, Natasha”?

“I always try to listen why, and sometimes it helps me, and improves things. With artistic decisions things are not black and white. Some people don’t understand what I am trying to do, then I explain, we are just different people.” Fuente The Financial Times Limited 2018. 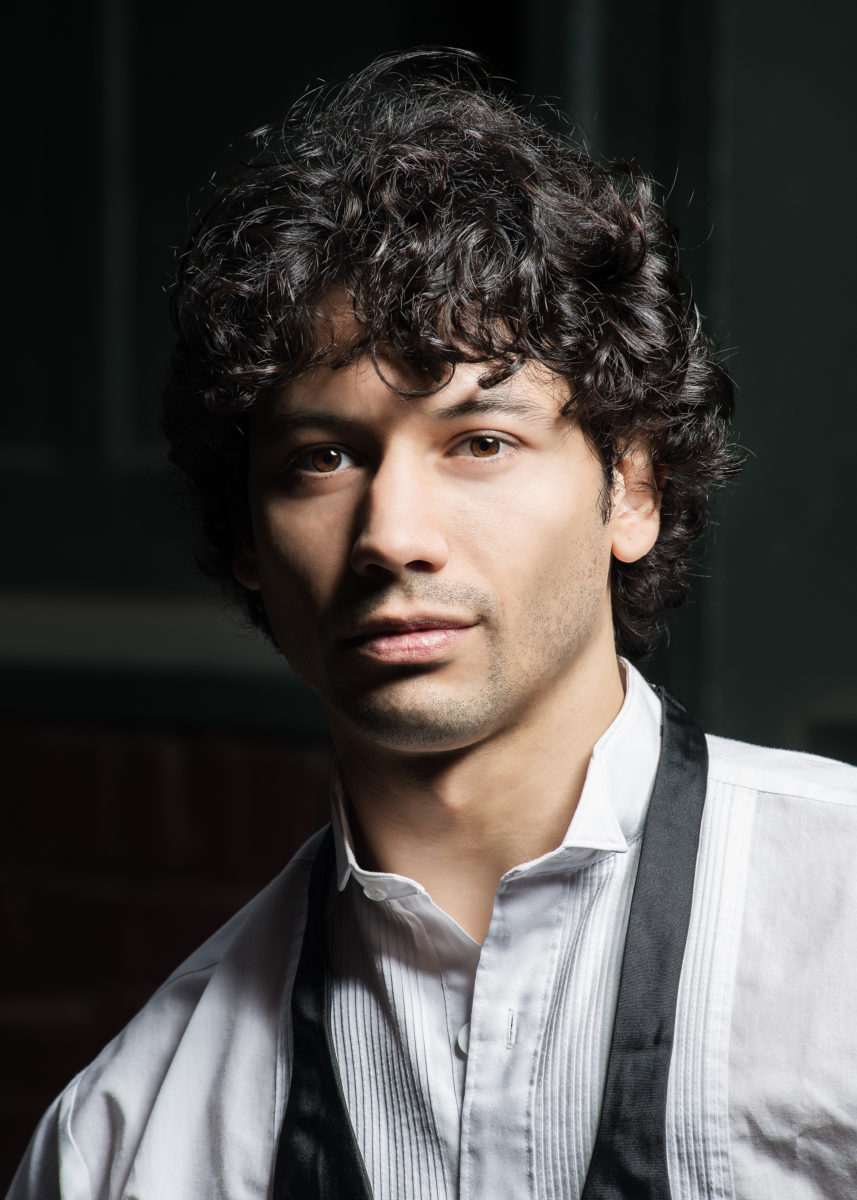