Celebrated worldwide for its sleek, flawless dancing and galvanizing theatrical flair, Nederlands Dans Theater, one of the world’s most applauded contemporary dance companies, returns to American shores for a national tour that promises to pull out all the stops.

At least six U.S. premieres, including dances by Jiří Kylián, Medhi Walerski and collaborations between the company’s Artistic Director, Paul Lightfoot, and its Resident Choreographer, Sol León, are among the highlights. For audiences unable to see the 30-member company on stage, as the first contemporary dance troupe to be part of Pathé Live transmissions, Nederlands Dans Theater will be seen in close to 250 American movie theaters in a series of different programs that began in May 2012 and continues through 2013. Local American dance students will have a chance to take master classes by NDT performers during the company’s tour. The tour will also introduce American audiences to NDT’s Artistic Director Paul Lightfoot, who assumed his new role in September 2011.

NDT’s Chapel Hill performances feature the U.S. premiere of Medhi Walerski’s “Chamber” as part of its April 3 program. Inspired by Walerski’s meditations on the original “The Rite of Spring” and described by the choreographer as “a primal, almost pagan celebration,” “Chamber” is set to an original score by Joby Talbot. The company will also perform the American premiere of “Mémoires d’Oubliettes” created in 2009 by NDT’s former Artistic Director (1975-1999) Jiří Kylián to celebrate NDT’s 50th anniversary. The work is set to an original score by the German contemporary composer Dirk Haubrich. The first U.S. performance of Sol León and Paul Lightfoot’s “Speak for Yourself,” set to Bach and Steve Reich completes the April 3 program. On April 5, the company will present the American premieres of León and Lightfoot’s “Sehnsucht,” set to Beethoven, and their “Schmetterling,” set to music by the award-winning indie pop rock group the Magnetic Fields and by contemporary classical composer Max Richter.

Marking the company’s first New York performances in almost a decade, NDT’s three-day run at Lincoln Center begins with the American premiere of León and Lightfoot’s wonderfully witty “SH-BOOM!” which will be performed as part of the Joyce Theater Gala at the Koch on April 10. The next two nights feature the New York City premieres of León and Lightfoot’s “Sehnsucht” and “Schmetterling.”

The company’s performances, part of the Glorya Kaufman Presents Dance at The Music Center at the Dorothy Chandler Pavilion, will include the West Coast premiere of Medhi Walerski’s “Chamber.” The rest of the program will be announced shortly.

NDT will conclude its American dates with performances at Zellerbach Hall in Berkeley, where it will present the West Coast premieres of Sol León and Paul Lightfoot’s “Sehnsucht,” and their “Schmetterling.” 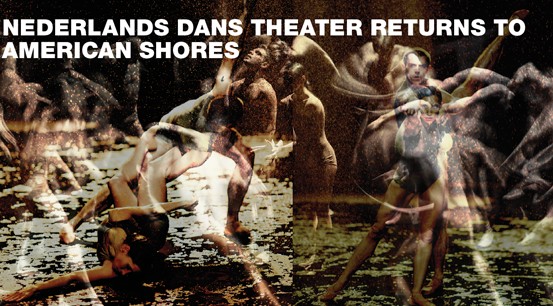 Nederlands Dans Theater was founded in 1959 by 22 dancers who broke away from the Nederlands Ballet determined to establish a contemporary company with a distinctive style of its own. They decided to base the company in The Hague, the beautiful canal-lined city and home of the Royal Family. This new troupe, directed by Benjamin Harkarvy (1959-1969) and Hans van Manen.

(1961-1970), recruited many experimental Dutch choreographers to create works for them. Influenced by the new ideas that were happening in American modern dance, the company was the first in Europe to give classes in modern dance. Choreographer Jiří Kylián was appointed NDT’s Artistic Director in 1975. Under his leadership and because of his extraordinary choreographic gifts, the company reached a new level of artistic excellence and developed world-renown as a first-rate international company. In all, Kylián created over 50 works for the company during his tenure, which ended in 1999. While at the helm, Kylián created two offspring companies, NDT2, comprised of dancers between 18 and 23 years old, a kind of talent incubator for NDT, and the now-disbanded NDT3, which had been comprised of older dancers. Both companies marked radical new possibilities for traditional dance troupes. Between Kylián’s departure and the 2011 appointment of choreographer and former NDT dancer Paul Lightfoot as its Artistic Director, the company was headed by Marian Sarstädt (1999-2004), Anders Hellström (2004-2009) and Jim Vincent (2009-2011). Since 1989 Paul Lightfoot and his choreographic partner, Sol León, the company’s Resident Choreographer, have contributed over 40 dances to NDT’s repertoire.

SOL LEÓN (Córdoba, Spain) finished her dance training at the National Ballet Academy of Madrid and came to The Hague in 1987 to dance with NDT2, under Arlette van Boven. In 1989 she joined NDT1. She danced many works by some of the world’s greatest choreographers such as Jiří Kylián, Hans van Manen, Mats Ek and Ohad Naharin until she stopped dancing in 2003. In 2007 Sol León and Paul Lightfoot started a charity project for street children in Bangladesh.

PAUL LIGHTFOOT (Kingsley, Cheshire England) has been Artistic Director of Nederlands Dans Theater since September 2011. Lightfoot has been with the company since 1985, first as a dancer, then as a choreographer together with Sol León. 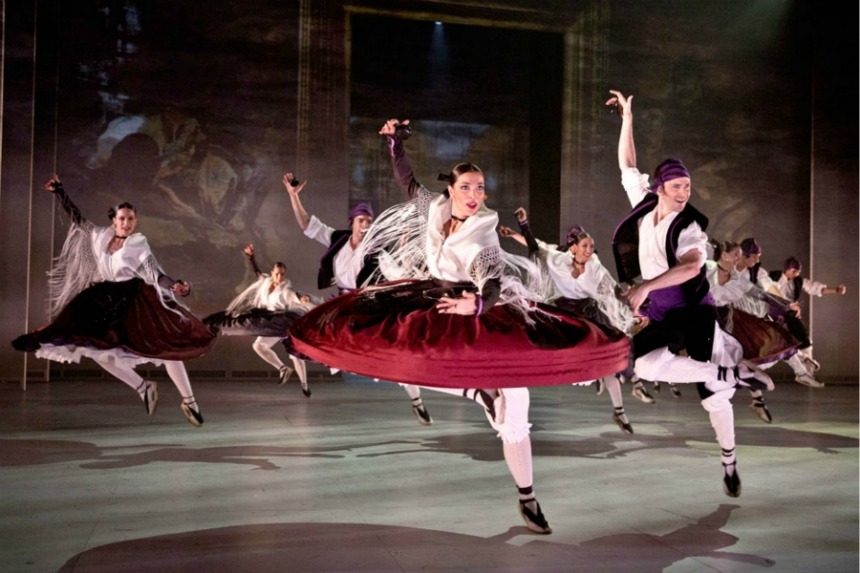