Act I
Scene 1. Counsellor Stahlbaum´s Kitchen
The ballet begins in the kitchen of Counsellor Stahlbaum´s house, where preparations for the holiday dinner are underway. Before the stunned kitchen maids sausage-people, a human soup tureen, and a platter with a boar´s head stride in on human legs. All these metamorphoses dissipate when these apparitions turn out to be cooks carrying delicacies on their shoulders.
As the scene continues, the world of the kitchen acquires an even more Hoffmannesque character. A cook attempting to cut a slice of cheese is surprised to discover a naughty little rat inside the cheese. The startled rat dashes out between the cook´s legs and heads for the kitchen, creating panic and havoc among the kitchen staff who then, to their horror, realize that one of the sous-chefs is also a rat in disguise.
Counsellor and Mrs. Stahlbaum come to the kitchen with their children Masha and Fritz, who hope for a taste. The favorite child, Fritz, gets a sweet, while Masha is rudely pushed aside.
The staff and members of the Stahlbaum family leave the kitchen and rat hooligans of all ages emerge from every nook and cranny and set to feasting. In the heat of the festivities the Rat Cardinal Kryselieu and Masha´s godfather Drosselmeyer appear, Drosselmeyer with his young nephew the Nutcracker.

Intermedia. The Dressing Room
Counsellor Stahlbaum and his wife come to their dressing room to dress for the Christmas party, followed by their children.
As the adults preen in front of their respective mirrors – the Counsellor´s convex mirror reflects everything wider, while Mrs. Stahlbaum´s concave mirror stretches the reflection vertically – servants propose garment after garment. The parents find nothing to their liking, and settle on the house-coats they are already wearing. The spoiled Fritz gets a Napoleonic hat to wear, while Masha, through whose eyes we see the closet, enormous, foreboding, dark, is once again pushed aside.

Scene 2. The Christmas Party
The Stahlbaum´s guests gather for Christmas dinner. Masha´s godfather Drosselmeyer arrives. He presents his automatic dolls to the assembled company: The Recruit and his Canteen Girl and two Cossacks. Drosselmeyer gives Grandfather Stahlbaum an enormous pipe, Fritz a miniature bridge for toy soldiers.
Masha is left with the toy no one wants, the Nutcracker. She is charmed by the Nutcracker´s agility cracking nuts, and she senses that he is not just a toy. The guests retire to the table at the back of the room for dinner.
Grandfather and his Bonapartist friend observe the festivities from their chairs, then Grandfather decides to lead a dance. He dances vigorously and becomes so carried away that he loses one of his shoes in the process.

Intermedia I. The Wine Cellar: The Guests Depart
After the party, the guests file out through the wine cellar into the snowy night. The last to leave is Drosselmeyer, holding aloft a platter with the boar´s head from dinner, licked clean to the bone.

Intermedia II. The Transformation
After the guests have left and the household has retired for the night, Masha slips back to the parlor to see the Nutcracker. In the darkness she sees rats in ball gowns. Frightened, she faints. The rats disappear. The parlor clock strikes midnight. The transformation begins.

Scene 3. The Battle
When Masha awakens from her fainting spell, she sees that the parlor has become enormously large, so large that she is the size of a toy. She hears fanfares. Drosselmeyer swings on the pendulum of the grandfather clock. Masha watches in terror as the rat army rallies before the Rat Emperor. The army is commanded by a Rat Napoleon, quite reminiscent of her spoiled brother Fritz. The Nutcracker´s soldiers appear, and the battle begins. The Rat Emperor forgets his pride and slips out of his mantle, which, as it turns out, is nothing but a false carcass.
In his haste to escape danger, the Emperor leaves the royal mantle and six of his terrifying heads behind and dashes for cover in Drosselmeyer´s wig, along with the Queen and their two small children. The Crown Prince remains in the fray, battling the Nutcracker.
The battle rages. Masha is so alarmed by the fighting that she hides in Grandfather´s shoe.
The Nutcracker fights with the Crown Prince one on one.
Masha manages to deal the Crown Prince a blow to the head with her own shoe, taking advantage of the height of her perch.
The Crown Prince is stunned for a moment, and the Nutcracker deals him a final blow with his sword. The wounded Prince accepts defeat, gallantly saluting Masha. The Rat Emperor gives Masha a royal mantle. Masha and the Nutcracker mount the shoe and ascend into the branches of the tree.

PANORAMA
Masha and the Nutcracker travel in Grandfather´s shoe through the night sky, above the rooftops of the sleeping town. The only lighted window is in the sweets shop Confiturenburg.

Scene 4. The Snowstorm
Snow begins to fall. Masha and the Nutcracker are forced to make a stop in their journey. They alight in an abandoned churchyard where strange cocoons hang from the trees. Snowflakes, led by their Queen, surround Masha. Masha dances with them. The dance gets faster and faster, becoming a real blizzard that could cost Masha her life. The Nutcracker rescues her, and Drosselmeyer stops the storm.

Intermedia. Outside the Shop
On the wintry street outside Confiturenburg stands a distraught Drosselmeyer. The window is boarded up, and light comes through the cracks between the planks. Drosselmeyer tries desperately to see what is happening within. 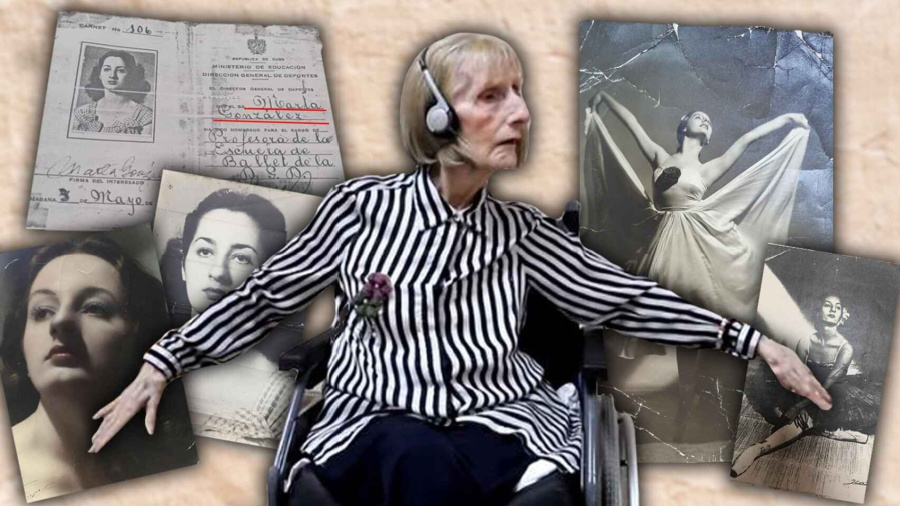