New York City Ballet’s annual Fall Gala will celebrate dance and fashion with three world premiere ballets, and costumes designed by some of the fashion world’s most exciting talents. The one-time-only gala evening will take place on Thursday, September 19, 2013, and this year’s participants include choreographers Benjamin Millepied, in collaboration with the Dutch designer Iris van Herpen; Justin Peck, who will create a new ballet featuring costumes by the acclaimed New York-based fashion designer Prabal Gurung; and Angelin Preljocaj, who will work with Olivier Theyskens, the Belgian-born designer who is the Artistic Director of the American fashion house Theory.

The gala evening will take place at New York City Ballet’s home at Lincoln Center for the Performing Arts, the David H. Koch Theater, and will follow New York’s semi-annual Mercedes-Benz Fashion Week, which has been held at Lincoln Center’s Damrosch Park since September 2010. This fall, from September 5 through 12, designers from around the world will show their 2014 Spring Collections on the Lincoln Center campus. The following week, NYCB will open its four-week Fall Season, which will run from Tuesday, September 17 through Sunday, October 13.

Sarah Jessica Parker, the actress, producer, and philanthropist, who is a member of the NYCB Board of Directors and was instrumental in developing the idea of bringing together the worlds of ballet and fashion for a special gala evening at NYCB, will once again serve as a chairman for the event. Parker was also a chairman for NYCB’s 2012 Fall Gala celebration of the legendary couturier Valentino Garavani. Other Chairmen for the 2013 Fall Gala include Jon Stryker and Slobodan Randjelovic and NYCB Board Member Darren Walker.

The French choreographer and founder of the L.A. Dance Project, Benjamin Millepied, who danced with the New York City Ballet from 1995 to 2011, and will become the Director of Dance at the Paris Opera Ballet in September 2014, will premiere his fifth work for NYCB as part of the Fall Gala evening. For the new ballet, Millepied will use a score called Drones and Viola, which was written for viola and piano by the prolific American composer Nico Muhly, who is a frequent collaborator with Millepied. The two artists previously worked with NYCB on the ballet Two Hearts, which premiered in 2012.

The costumes for Millepied’s premiere will be designed by Iris van Herpen, the Dutch fashion designer who launched her eponymous fashion label in 2007 after graduating from the ArtEZ Institute of the Arts in the Netherlands and then interning with Alexander McQueen in London. Van Herpen, whose first passion is dance, frequently collaborates with artists from various disciplines, including the Dutch director and choreographer Nanine Linning, the London-based architect Daniel Widrig, and the Dutch architect Rem D. Koolhaas on his United Nude shoe brand. She has also designed for Lady Gaga, and collaborated with the Icelandic performer and artist Björk, who has worn van Herpen’s designs for videos, photo shoots, and concert appearances. Van Herpen is a guest member of the prestigious Parisian Chambre Syndicale de la Haute Couture, and was the first designer to introduce 3D printing technology to the world of fashion, with Time Magazine naming her 3D printed dresses as one of the 50 Best Inventions of 2011.

The second World Premiere of the evening will be created by NYCB Soloist Justin Peck who is making a work for five dancers set to Lukas Foss’ Capriccio for cello and piano. In the past year and a half, the 25-year old Peck has received an unprecedented six commissions from NYCB, creating In Creases, Year of the Rabbit and Paz de la Jolla for NYCB’s 2012-13 season. In addition to the Fall Gala premiere, Peck is also scheduled to created a new work for NYCB’s touring company, NYCB MOVES, which will premiere in August 2013 in Jackson Hole, Wyoming, and he will also create a new ballet for the Company’s 2014 Spring Gala with a commissioned score by the American singer-songwriter Sufjan Stevens, with whom Peck previously worked with on Year of the Rabbit.

For the Fall Gala premiere Peck will collaborate with the acclaimed New York-based fashion designer Prabal Gurung who launched his first collection in 2009. Born in Singapore and raised in Kathmandu, Nepal, Gurung began his design career in New Delhi, before moving to New York City to study at Parsons The New School for Design. Upon graduation, Gurung spent two years with Cynthia Rowley, and was then appointed design director at the iconic Bill Blass label, a post he held for five years until launching his own collection, PRABAL GURUNG. Now firmly established at the forefront of American fashion, Gurung has designed for numerous international style icons, including First Lady Michelle Obama and The Duchess of Cambridge. Gurung is also the recipient of the 2011 Council of Fashion Designers of America’s (CFDA) Swarovski Award for Womenswear. Most recently PRABAL GURUNG partnered with Target as the 2013 designer collaborator, the capsule collection proving to be a phenomenal success. His collaboration with Justin Peck and New York City Ballet will mark the first time that Gurung has designed costumes for the theater.

The final premiere of the evening will be by the French choreographer Angelin Preljocaj who will create a new work set to several pieces of music by composer John Cage. The Artistic Director of Ballet Preljocaj, which has been based in Aix-en-Provence since 1996, Preljocaj previously worked with NYCB in 1997 when he created the ballet La Stravaganza.

For the Fall Gala premiere, Preljocaj will collaborate with the Belgian designer Olivier Theyskens, who is currently the Artistic Director of the American fashion house Theory, and an active member of the Council of Fashion Designers of America. After studying at the renowned Ecole de la Cambre in Brussels, Theyskens launched his own label in 1997 and quickly became established as one of the most important designers of his generation. The instantaneous success of his first collections, and his early collaborations with artists such as Madonna and the Smashing Pumpkins won international acclaim for the 20-year-old designer. In 2002 Theyskens was appointed artistic director of Rochas, a position he held for four years while completely redefining the identity of the Parisian fashion house. In 2006 he was awarded Best International Designer by the CFDA, the same year he became artistic director of the French couture house Nina Ricci. In 2010 Theyskens and Andrew Rosen (CEO and co-founder of Theory) joined forces to create Theyskens’ Theory, and in November of that year Theyskens was appointed Artistic Director of the global Theory brand. Early in his career and prior to launching his own fashion label, Theyskens also created stage costumes for the Théâtre Royale de la Monnaie, the National Opera of Belgium.

The lighting design for all three of the Fall Gala world premieres will be created by Mark Stanley, the Resident Lighting Designer for the New York City Ballet, who has designed nearly 200 works in the Company’s repertory, working with numerous choreographers including Peter Martins, Alexei Ratmansky, and Christopher Wheeldon. Stanley has also worked with ballet, opera, and theater companies around the world, and heads the lighting design program at Boston University.

Benefit-priced tickets for the gala evening, which include the performance, a pre-performance reception, and a black-tie supper ball following the performance, are available through the NYCB Special Events Office at 212-870-5585. Tickets to the performance only start at just $29 and will be available beginning August 5 at nycballet.com, by calling 212-496-0600, or at the David H. Koch Theater box office, located at West 63rd Street and Columbus Avenue at Lincoln Center. 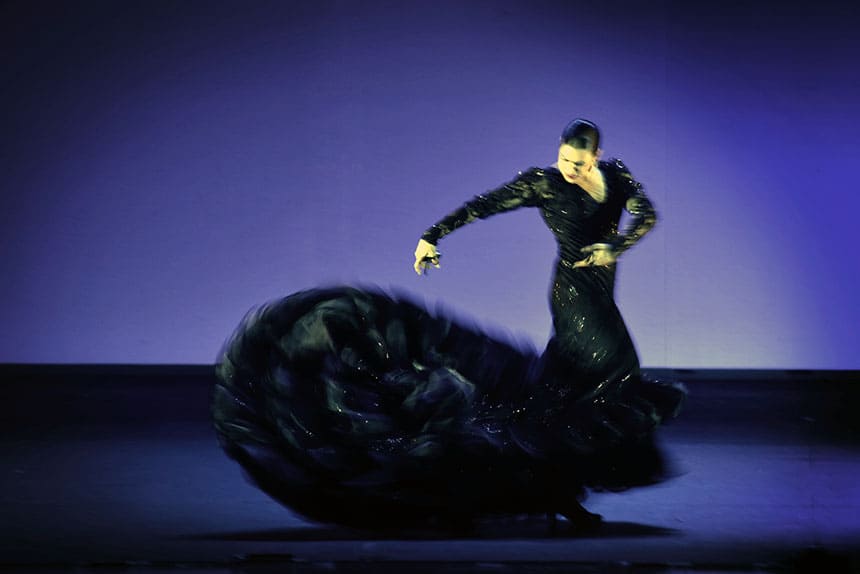