Special Program for Families Debuting September 27 to Feature Return of Christopher Wheeldon’s Carnival of The Animals.

New York City Ballet will open its 2013-2014 season on Tuesday, September 17 with six performances of Peter Martins’ full-length production of Swan Lake. Set to Tschaikovsky’s score and featuring sets and costumes by the acclaimed Danish painter Per Kirkeby, the production was last performed by NYCB in the fall of 2011 to sold-out houses.

The fall season will continue through Sunday, October 13 with performances of 17 additional ballets, including works by Balanchine, Jerome Robbins, Peter Martins, Mauro Bigonzetti, Alexei Ratmansky, and Christopher Wheeldon, as well as world premiere works by Benjamin Millepied, Justin Peck and Angelin Preljocaj, which will premiere at a special one-time-only gala performance on September 19.

The final three weeks of the fall season will include five different programs. Highlights include an all-Balanchine Black & White program consisting of The Four Temperaments, Episodes, Duo Concertant, and Symphony in Three Movements; an all-Balanchine Short Stories program consisting of La Sonnambula, Prodigal Son, and Slaughter on Tenth Avenue; a Contemporary Choreographers program consisting of Christopher Wheeldon’s Soirée Musicale, Alexei Ratmansky’s Namouna, A Grand Divertissement, and the Preljocaj world premiere; and a final program that will feature Mauro Bigonzetti’s Vespro, created for NYCB in 2002 and last performed in 2003, Balanchine’s Duo Concertant, and Jerome Robbins’ Dances at a Gathering.

The fall will also feature a special program designed for family audiences, which will be highlighted by the return to the repertory of Christopher Wheeldon’s Carnival of the Animals, created in 2003 and last performed by NYCB in 2005. Set to the score by Camille Saint-Saëns, the production features a narration written, and originally performed by the actor and writer John Lithgow. For the Fall 2013 performances, the role of the narrator will be performed by stage and screen actor Jack Noseworthy, who along with Lithgow starred in the Broadway musical version of Sweet Smell of Success, which also featured choreography by Wheeldon. The family program, which will debut on Friday, September 27, will also feature Martins’ Jeu de Cartes, and Robbins’ The Four Seasons.

New York City Ballet’s annual Fall Gala will celebrate dance and fashion with three world premiere ballets, and costumes designed by some of the fashion world’s most exciting talents. The one-time-only gala evening will take place on Thursday, September 19, 2013, and this year’s participants include choreographers Benjamin Millepied, in collaboration with the Dutch designer Iris van Herpen; NYCB Soloist Justin Peck, who will create a new ballet featuring costumes by the acclaimed New York-based fashion designer Prabal Gurung; and Angelin Preljocaj, who will work with Olivier Theyskens, the Belgian-born designer who is the Artistic Director of the American fashion house Theory.

The new Millepied work will be set to a score called Drones and Viola, which was written for viola and piano by the prolific American composer Nico Muhly, a frequent collaborator with Millepied. The second World Premiere of the evening, choreographed by the 25-year old Justin Peck who has received an unprecedented six commissions from NYCB in the past year and a half, will be a work for five dancers set to Lukas Foss’ Capriccio for cello and piano. The final premiere of the evening will be by the French choreographer Angelin Preljocaj who will create a new work set to several pieces of music by composer John Cage. The Artistic Director of Ballet Preljocaj, which has been based in Aix-en-Provence since 1996, Preljocaj previously worked with NYCB in 1997 when he created the ballet La Stravaganza, which will return to the repertory during NYCB’s 2014 winter performances. The lighting design for all three of the Fall Gala world premieres will be created by Mark Stanley, the Resident Lighting Designer for the New York City Ballet, who has designed nearly 200 works in the Company’s repertory.

Sarah Jessica Parker, the actress, producer, and philanthropist, who is a member of the NYCB Board of Directors and was instrumental in developing the idea of bringing together the worlds of ballet and fashion for a special gala evening at NYCB, will once again serve as a chairman for the event. Parker was also a chairman for NYCB’s 2012 Fall Gala celebration of the legendary couturier Valentino Garavani. Other Chairmen for the 2013 Fall Gala include Jon Stryker and Slobodan Randjelović, NYCB Board Member Darren Walker, and NYCB Board Member Ronald N. Beck and his wife Cynthia Lewis Beck.

Benefit-priced tickets for the gala evening, which include the performance, a pre-performance reception, and a black-tie supper ball following the performance, are available through the NYCB Special Events Office at 212-870-5585. Tickets to the performance only start at just $29 and will be available beginning August 5 at nycballet.com, by calling 212-496-0600, or at the David H. Koch Theater box office, located at West 63rd Street and Columbus Avenue at Lincoln Center.

Subscription series packages for the 2013-14 Season, which provide savings off of regular single ticket prices, are available through the NYCB subscription office at 212-496-0600 and online at nycballet.com. Single tickets for 2013-14 repertory performances go on sale August 5 at the David H. Koch Theater Box Office, by phone at 212-496-0600, and online at nycballet.com.

Once again this season the lobbies of the David H. Koch Theater will open one hour prior to curtain time. In addition, for repertory performances, all Tuesday, Wednesday, and Thursday evening performances will begin at 7:30 p.m., and whenever possible will include only one intermission.

All performances will take place at the David H. Koch Theater, which is located on the Lincoln Center Plaza at Columbus Avenue and 63rd Street. For general information on tickets for any New York City Ballet performances call 212-496-0600, or visit nycballet.com.

See the Fall 2013 calendar for a complete schedule of programs. 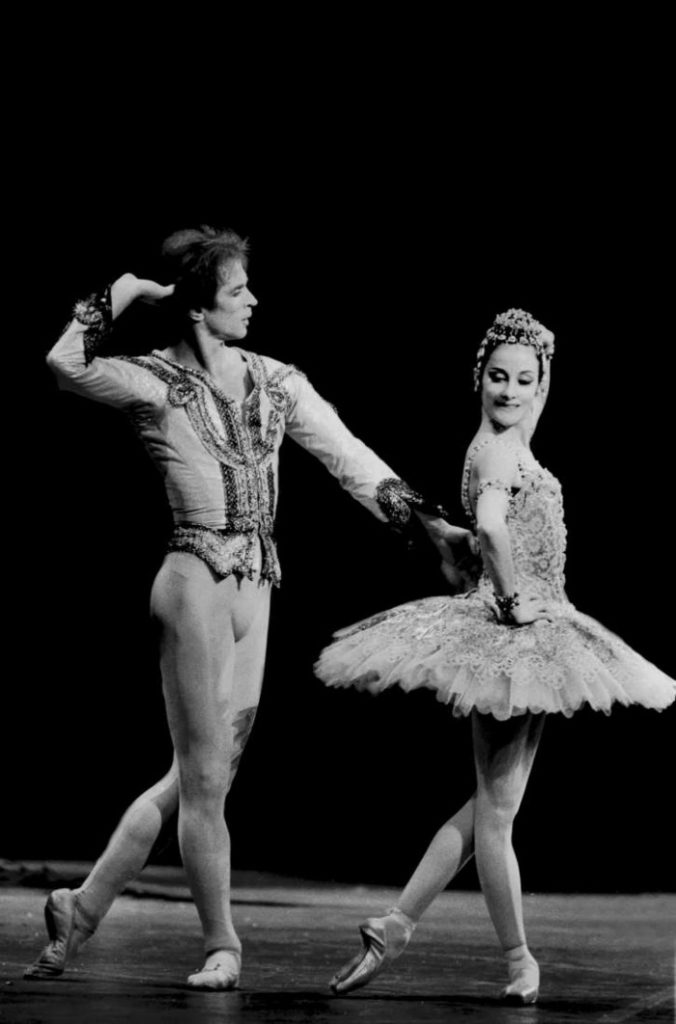