Performed by Dance Theatre in Westchester
Sunday, December 16, 2012 at 2pm
At Brooklyn Center for the Performing Arts at Brooklyn College

Brooklyn Center for the Performing Arts at Brooklyn College (BCBC) continues its 2012-2013 season with its annual holiday performance of Dance Theatre in Westchester’s The Colonial Nutcracker on Sunday, December 16, 2012 at 2pm.

Created especially for families with children ages four to ten, The Colonial Nutcracker sets Tchaikovsky’s classic ballet in wintry colonial Yorktown during the Revolutionary War.  The production features classics such as «Dance of the Sugar Plum Fairy» and «Waltz of the Snowflakes,» a red-coated mouse army, an enchanted nutcracker prince, and compelling narration that will enhance young viewers’ understanding and enjoyment of this timeless story.  Rose Menes’ delightful staging and choreography, coupled with colorful costumes and Tchaikovsky’s enduring score, will captivate audiences of all ages.

In addition to The Colonial Nutcracker, Brooklyn Center will present other family-friendly shows including the magical Christmas tale The Snow Maiden (Saturday, December 22, 2012 at 6pm), Bash the Trash’s Tales of Anansi (Saturday, April 13, 2013 at 2pm), and a sing-along screening of the Julie Andrews classic film The Sound of Music (Sunday, May 19, 2013 at 1pm). Brooklyn Center will also partner with The School of American Ballet to present a free family dance event, The Beauty of Ballet (Sunday, March 17, 2013 at 2pm). Family programming ticket prices range from free to $30, with a 50% discount available to children 12 and under for select performances.

The Target Storybook Series aims to encourage the development of strong reading skills at home in children ages four to eight.  Each show’s Parents’ Guide, containing literacy-based activity sheets, reading tips, and discussion topics, gives parents the opportunity to engage their children both before and after seeing each show.  Parents’ Guides are available for download at www.BrooklynCenterOnline.org/Target_Storybook.asp. All seats for BCBC’s 2012-2013 Target Storybook Series are $7.

Brooklyn Center for the Performing Arts’ presentation of The Colonial Nutcracker is sponsored, in part, by Kings Plaza Shopping Center.

About Dance Theatre in Westchester
Dance Theatre in Westchester is a professional company founded in 1979 by Artistic Director Rose Menes.  With a repertoire that includes The Colonial Nutcracker, Sleeping Beauty, Peter and the Wolf, and Cinderella, the company engages both professional dancers from around the world as well as talented students from throughout the tri-state area for its ballets.  In addition to creating all of the staging and choreography for her company, Ms. Menes has also choreographed several operas including The Merry Widow, Faust, and Orfeo ed Eurydice at theaters ranging from the Williams Center for the Performing Arts in New Jersey to the Anchorage Opera in Alaska. 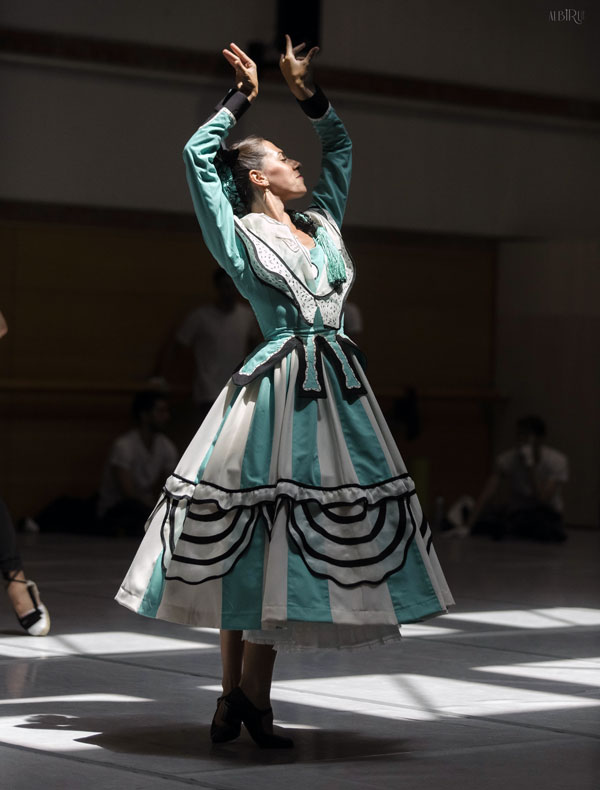