Youth America Grand Prix (YAGP) is the non-profit educationalorganization established in New York in 1999 to support and developworld-class dancers ages 9 to 19 in the United States, Europe, SouthAmerica, and the Far East, inclusive of all racial, ethnic andeconomic backgrounds. 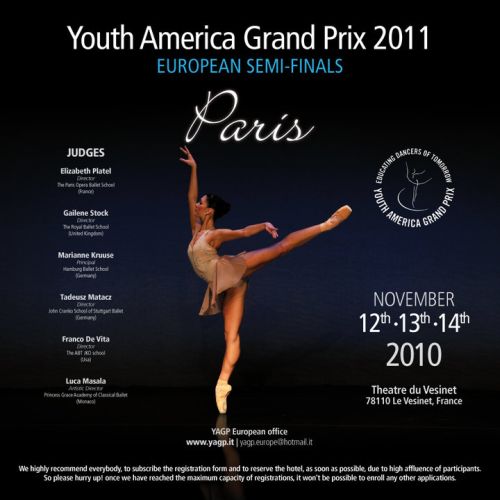 The European semi-finals of the YOUTH AMERICA GRAND PRIX 2011 will beheld in Paris at Le Theatre du Vesinet 12th, 13th, 14th of November,2010

presented by the following juries:

We welcome any talented dancers from all over to challenge for their future! 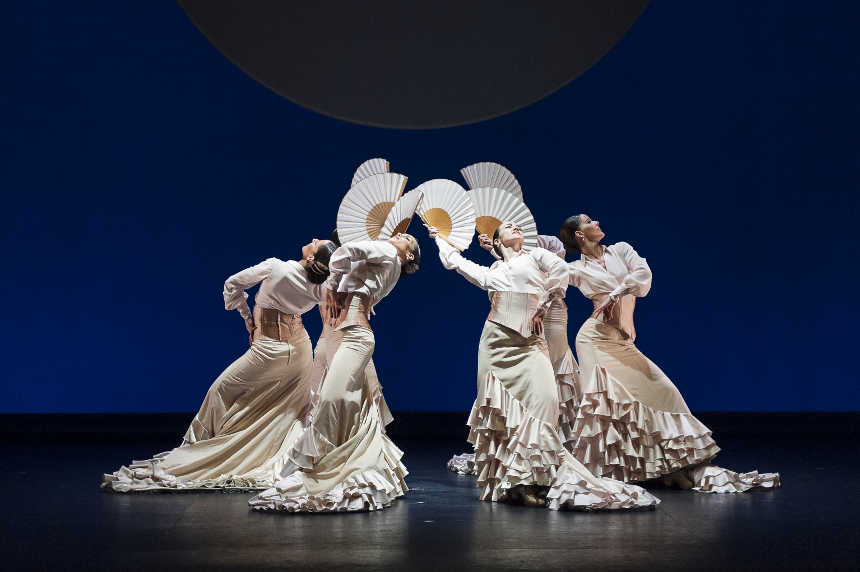