Special Celebratory Event on January 19 – Saturday At The Ballet With George To Honor George Balanchine’s Birthday with All-Balanchine/All-Tschaikovsky.

The season will continue for six weeks, through Sunday, February 24, with performances of 24 different ballets from NYCB’s unparalleled repertory, including 14 ballets by George Balanchine, three by Jerome Robbins, three by Peter Martins, two by Justin Peck (including a world premiere ballet), as well as works by William Forsythe and Alexei Ratmansky. All performances will take place at the Company’s home, the David H. Koch Theater at Lincoln Center for the Performing Arts.

The winter repertory performances will open with a two-week celebration of the music of Peter Ilyitch Tschaikovsky, featuring nine ballets by George Balanchine on three separate programs, as well as a new work by Peter Martins, Bal de Couture, which premiered at the Company’s 2012 Fall Gala performance set to selections from Tschaikovsky’s Eugene Onegin and featuring costumes designed by Valentino.

This will mark the first-time ever that during two weeks of programming NYCB has presented all of the ballets currently in the Company’s active repertory that were created by Balanchine to Tschaikovsky’s music. In 1981 NYCB presented a Tschaikovsky Festival which featured new works by Balanchine, Robbins, Martins and others, as well as existing repertory.

SATURDAY AT THE BALLET WITH GEORGE, January 19

On Saturday, January 19, NYCB will honor the anniversary of George Balanchine’s birth (January 22, 1904) with a celebratory day of special events and two All-Tschaikovsky/All-Balanchine performances.

Saturday at the Ballet with George will begin at 12:45 p.m. with an interactive Children’s Workshop exploring the music, movement and themes of Balanchine’s Swan Lake. At 1:40 p.m. the conversation will continue with a First Position Discussion in the theater’s Fourth Ring, where NYCB docents will provide background information and insights on the ballets on the matinee program.

At 5 p.m. there will be a free Onstage Demonstration with NYCB’s dancers entitled “The Balanchine Ballerina,” which will explore some of the iconic roles Balanchine created for his ballerinas. The presentation will feature NYCB dancers performing excerpts from Allegro Brillante, Mozartiana, Serenade, Symphony in C, Tschaikovsky Suite No.3, and Western Symphony.

SCHEDULE: SATURDAY AT THE BALLET WITH GEORGE, January 19

Tickets for the Children’s Workshop, free Onstage Demonstration and both performances can be obtained at the theater’s box office, at www.nycballet.com, and by phone at 212-496-0600. Facility and handling fees are waived on tickets for Free Events. Standard fees apply when purchasing workshop and performance tickets. For more information and a detailed schedule of events for Saturday at the Ballet with George visit www.nycballet.com/george.

Highlighting the winter performances will be a world premiere ballet by NYCB dancer and choreographer Justin Peck as part of the Company’s annual New Combinations Evening on Thursday, January 31.

Peck, who is 25 years old, is one of the youngest choreographers ever commissioned by NYCB and will be premiering his third work for the Company in a period of just six months. His two previous works created for NYCB are In Creases (Summer 2012) and Year of the Rabbit (Fall 2012). His new ballet will be set to Sinfonietta LaJolla by the prolific 20th-century Czech composer Bohuslav Martinů.

This winter See the Music… programs will take place on January 24 at 7:30 p.m. and February 9 at 8 p.m., providing an inside look at NYCB’s diverse musical repertory and the Company’s 62-piece Orchestra. Each See the Music… performance will begin with a brief introduction led by the conductor, followed by a musical performance by the NYCB Orchestra of an excerpt from one of the ballet scores on the program. The January 24 program will look at Tschaikovsky’s score for Diamonds from Jewels. The February 9 program will focus on Stravinsky’s Symphony in Three Movements.

Create-Your-Own subscriptions for the 2012-2013 Season, which provide savings of up to 20% off single ticket prices, are available by phone at 212-496-0600, and online at www.nycballet.com. Single tickets for the winter repertory performances start at $29. Tickets for all performances and events can be obtained at the theater’s box office, at www.nycballet.com and by phone at 212-496-0600.

Once again this winter the lobbies of the David H. Koch Theater will open one hour prior to curtain time. In addition, for repertory performances, all Tuesday, Wednesday, and Thursday evening performances will begin at 7:30 p.m. 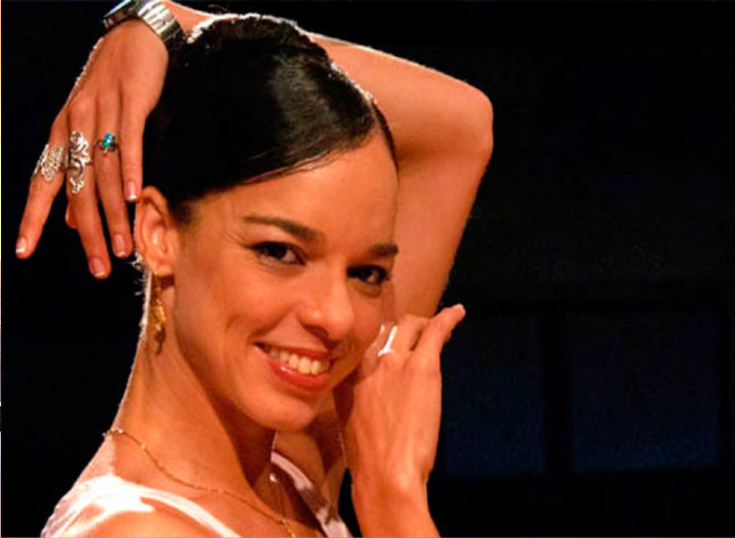