Steven McRae of The Royal Ballet and Alban Lendorf of the Royal Danish Ballet to Perform with American Ballet Theatre during 2013 Spring Season at Metropolitan Opera House as Part of Artist Exchange Program.

Principal Dancer Cory Stearns to Appear with The Royal Ballet and Soloist Isabella Boylston to Perform with the Royal Danish Ballet as Exchange Artists.

American Ballet Theatre has announced an exchange program that will bring Steven McRae, a principal dancer with The Royal Ballet and Alban Lendorf, a principal dancer with the Royal Danish Ballet, to perform as exchange artists during ABT’s 2013 Spring Season at the Metropolitan Opera House. The exchange program was announced today by Kevin McKenzie, ABT Artistic Director. McRae will dance the role of Lankendem in Le Corsaire at the June 5 matinee and June 8 evening performances. Lendorf will dance the role of Prince Désiré in The Sleeping Beauty at the Saturday, July 6 matinee.

As part of the exchange program with The Royal Ballet and the Royal Danish Ballet, American Ballet Theatre Principal Dancer Cory Stearns will appear with The Royal Ballet in December 2013, and ABT Soloist Isabella Boylston will dance the roles of Dew Drop and Sugarplum Fairy in the Royal Danish Ballet’s production of The Nutcracker, also in December 2013.

Steven McRae was born in Sydney, Australia. He trained with Hilary Kaplan and at The Royal Ballet School. He received the RAD Solo Seal Award and the Adeline Genée Gold Medal, 2002, and the Prix de Lausanne, 2003. He joined The Royal Ballet in 2004 and was promoted to principal in 2009. His repertory with The Royal Ballet includes Prince Siegfried in Swan Lake, Lensky in Onegin, Romeo in Romeo and Juliet, James in La Sylphide, Des Grieux in Manon, Prince Florimund in The Sleeping Beauty, Colas in La Fille mal gardée, the Prince in The Nutcracker and Cinderella, Blue Boy in Les Patineurs and The Chosen One in The Rite of Spring. He created roles for choreographers including Kim Brandstrup, Christopher Bruce, Johan Kobborg, Wayne McGregor, Alistair Marriott, Liam Scarlett, Jonathan Watkins and Christopher Wheeldon. In 2007 he was nominated for an Olivier Award and won Emerging Male Artist (Classical) at the Critics’ Circle Dance Awards. He is currently studying for a degree in Business Management and Leadership.

Alban Lendorf was born in Copenhagen, Denmark and received his training at the Royal Danish Ballet School. In 2006, he joined the Royal Danish Ballet as an apprentice and became a member of its corps de ballet in 2008. He was promoted to soloist in 2010 and to principal dancer in 2011. His repertoire with the Royal Danish Ballet includes Prince Siegfried in Swan Lake, Prince Désiré in Christopher Wheeldon’s The Sleeping Beauty, Gennaro in Napoli, James in La Sylphide, Armand in Lady of the Camellias, the title role in Apollo and principal roles in Etudes, Other Dances, Tchaikovsky Pas de Deux and Le Corsaire pas de deux. In 2009, Lendorf won the Golden Ballet award and a D.A.N.C.E. Grant.

Subscriptions for American Ballet Theatre’s 2013 Spring season at the Metropolitan Opera House are on sale now by phone at 212-362-6000, or online at ABT’s website www.abt.org. Thursday, January 3, 2013 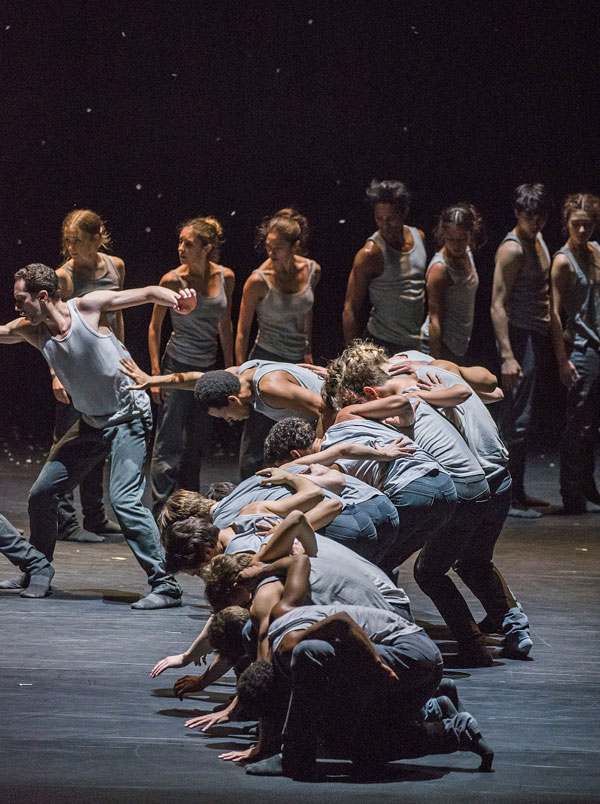